An interesting thing about GM’s announcement the other day that it will only sell electric cars 14 years from now, by 2035. The New York Times – aka the Pravda of the Hudson, described this as a “seismic” shift.

GM just gave anyone thinking about buying a current model year not-electric GM car a very good reason to think twice. Not for political reasons – as a protest against GM’s decision to participate in the force-feeding of electric cars down the American gullet – but rather for financial reasons.

Would you buy something really expensive that its manufacturer just announced it won’t be making anymore in the not-so-distant future? Something it considers obsolete  . . . and “dirty”?

A threat to public health?

All new cars lose value over time as they accrue miles and wear – and transition into being old cars. This is depreciation. But what happens to the value of a car that you know ahead of time will have a lot less and perhaps no value at all within a short period of time?

Electric cars are being deified the same as “mask” wearing and jabbing – all of them bundled together as evidence of goodness while not-electric cars and declining the “mask” and the jab are being framed as indices of badness. 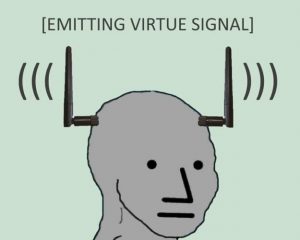 Just as it’s hard to eat out or even go shopping without “masking” it is probable that by 2035 – possibly,, sooner – it will be hard to drive if you don’t plug in.

It is already 2022 – in model year terms – even though it is only a month into 2021, the calendar year. The car industry is putting the finishing touches on the 2023 and 2024 models right now; these will be making their debuts at press events and so on within the next 12-24 months.

Cars are being designed as you read this for five years from now – which brings us to within nine years of 2035 and well within the useful service life of the typical new car, which is 12-15 years – and not far from the lifespan of the typical six-year new car loan a person might take out in 2026 or 2027.

A virtuous signal is being sent – and not just by GM – that there isn’t much point  in spending time and money designing other-than-electric cars for the future that’s already almost here. 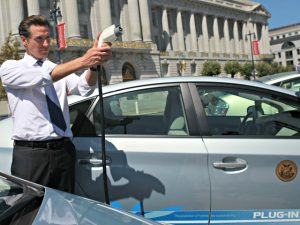 Nor in buying one.

And it won’t be just GM. VW and Ford are on-board, too.

Chiefly because that’s all the government will allow them to sell. The president select has already announced Our Electrified Future, which will arrive not organically – the natural result of people expressing a preference for electric cars – but forcefully, via regulations and mandates that favor the electric car and disfavor the non-electric car.

This is why the stock valuation of GM and Ford went up after the selection.

And will be more than just a dampening effect on the designing and building of electric cars only, or mostly. It will be restrictions and taxes and other such things on not-electric cars – to nudge people out of their not-electric cars. Including the ones they might buy this year or the next – or a few years down the road from now – which are likely to still be in good running order 14 or fewer years from now.

And would be worth something to another buyer – or a dealer, as a trade-in.

The effect of electrification-by-force on the resale value of current and near-term future not-electric cars will be catastrophic. 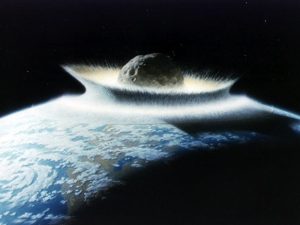 Which is almost entirely not-electric.

The one electric car GM does sell right now – the Chevy Bolt- is so unsaleable that Chevy dealers are having to discount them by as much as $10,000 off the MSRP of $36,500 – because most people aren’t willing to spend $36k for a compact electric sedan when they could buy a non-electric compact sedan for half as much (and go twice as far and not wait five times as long).

The same problem besets the Nissan Leaf, which is the only other electric car even pretending to be an economical car.

Teslas, which do sell, are electric cars only incidentally. What sells them is that they are high-performance luxury-sport cars and they sell to the handful of very affluent people who are in a position to spend $50k-plus on any car.

And who don’t have to care about depreciation.

But now – with the president select enrobed and issuing “executive orders” – cars like the Bolt and Leaf have a political advantage over the not-electric cars that up to now have always had the economic advantage, including the resale value advantage:

The Government Motors – and government-imposed – accelerated obsolescing of the not-electric car, which will become worthless sooner in order to make its electric forced-replacement appear to be worth more.

Or at least, the smarter buy.

If you don’t think it’s stupid to spend $36k to drive around in a compact sedan you used to be able to buy for $16k.