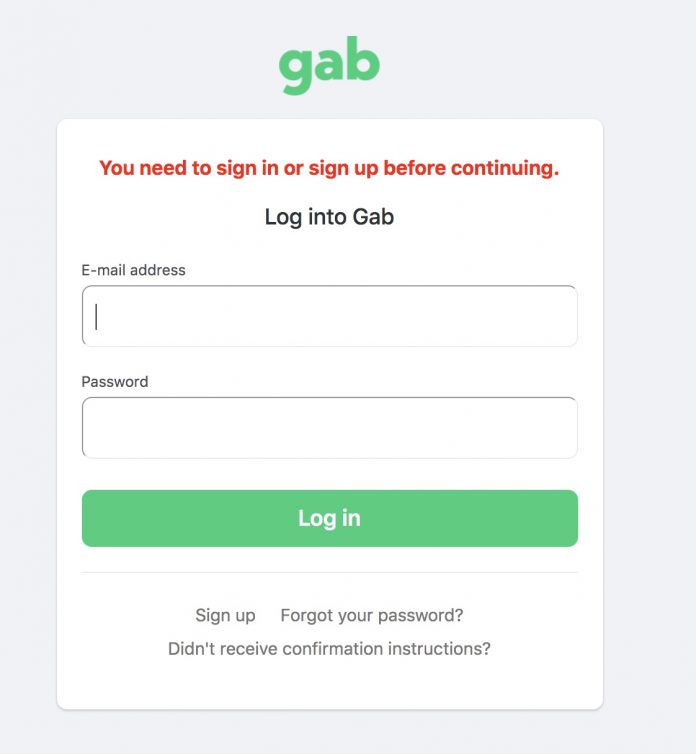 I joined Gab, as many of you already know, when Parler was terminated by the failure of its owners to anticipate being terminated by the Left, which controlled its servers/hosting (or whatever the computer-speak is).

But Gab has more bugs than a Florida porch without a screen. It’s more like grinding than Gabbing – as it wears one out trying to log in when it won’t let you; then having to log out and log in again (if it lets you) in order to see new notifications.

See the image accompanying this rant? It is a screenshot of what happens after I enter my email and password. I “need to sign in or sign up before continuing.” Except I am already signed up and trying to sign in, you dim sons of bitches!

I tire of it and consider saying Sayonara to all of it.

I have been posting on these social media entities not to be social – an odd concept given the poster is not in society but rather sitting alone someplace, pecking at a keyboard – but solely to let people who might be interested know I’ve posted a new article, with the link to it.

But it’s becoming work – because of the Woke.

All the work I did on Parler – flushed down the toilet because Parler wasn’t smart enough to understand what the Left would do when Parler became annoying to the Left. Now this Gab business. Which works like a Third World DMV business.

It makes it hard to want to bother, especially because the alternatives to the Left just can’t seem to get their shit together. Twitter and FB always work – which I grant is likely a function of their inexhaustible resources.

But just once, it’d be nice if a not-Left entity actually worked as opposed to making more work for us.

Building Cars For Which There’s No Market