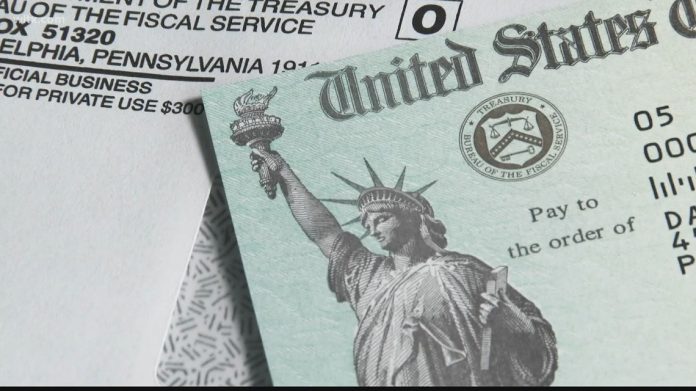 I got a check today from Uncle Joe – ostensibly “relief” from the harm visited by Uncle in the name of the ‘Rona. I am expected to be grateful, in the manner of a man who receives a free wheelchair from the person who pushed him down the stairs.

Nor am I stupid.

$1,400? It’s a pretty insulting price to place on the cost of the harm Uncle – now in the guise of Joe – has visited upon the people of this country, which far surpasses the harm supposedly caused by the ‘Rona, which hasn’t harmed 99.8-something percent of the population.

The claimed 500,000 or so who are asserted to have been ‘Rona’d (rather than just died, with the ‘Rona but of old age and other debilities) amounts in any case to the population of one large county – for example, Fairfax County, VA which lies just outside Uncle’s nest in DC.

For the sake of that one county an entire country has been killed, if the measure is the loss of practically everything that is not merely necessary to the maintenance of life but which makes life worth living. Including not having to live in an open-air insane asylum.

Is it necessary to count the millions of people whose livelihoods, financial security and peace of mind have been killed – not by the ‘Rona but in its name? The families disrupted, the millions of children psychologically damaged, in many cases probably for life?

These cases surely deserve counting as much as the millions of “cases” of people who never got sick, constantly touted to keep people more terrified of the ‘Rona than the government doing the killing in its name.

And now we are to be salved with $1,400 of someone else’s dollars, something far worse than a rapist tossing a crumbled $20 at the feet of the woman he just violated. 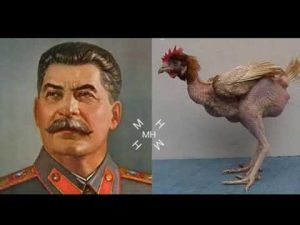 The ‘Rona “relief” was paid for by the victims of Uncle, who stole their money before he gave some money back to them – all of it taken from other victims first, thereby making them complicit in the theft and – far worse – thanking him for it.

Demanding more of it.

This greasy, evil business is not new. Social Security is built upon the same principle and it has succeeded wildly in not only enshrining inter-generational theft but causing many of those who know better and ought to say something to say something else instead – in defense of “their” Social Security – rather than spit in the face of the thief who not only robbed them of their retirement money but proposes to make them complicit in the theft of other people’s retirement money. 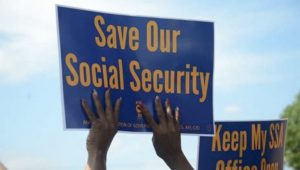 It is an ugly truth that few on the usually right side of the aisle are willing to discuss and when it is brought up, are often the ones who are loudest shouting it back down. But noise is not a discussion; it is simply a tool – an almost-animal tool, like the braying of a donkey – meant to end discussion.

Yet it is a necessary discussion, if any progress is to be made toward solving the problems – not just the ‘Rona Redistribution problem but the general problem of redistribution of other people’s money as a tool used to make people grateful for the harms imposed on them, or at least not properly angry about it – and focused on the responsibly party.

Social Security can be explained in a paragraph, as follows:

The government takes money from Joe, who is forced to part with it else have it taken by force, using whatever degree of it should prove necessary to take it from him . This money is then given as alms* – the word choice is accurate and so important – to Mike, a prior victim of the same theft. The latter is told he is “entitled” to this; the former told he is “contributing” to it. And that he, in his turn, will be “entitled” to money taken by force from Jill, ad infinitum. 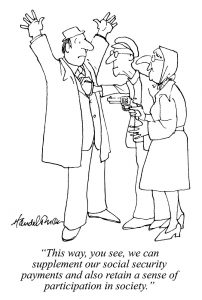 How this differs in other than a legal sense from the victim of a mugging restoring his loss by mugging the next person who comes along is hard to divine. Well, there is of course the cowardice – and cognitive dissonance – difference. The mugger is more direct and thus honest with himself as well as his victim. He does not pretend that he isn’t taking money by force nor does he expect the victim to swallow the whopper that he is “contributing” to a fund of some kind.

Nor does the victim believe he is entitled to mug the next person who happens along, to make himself whole.

And this makes the transaction moral somehow? Keeping also in mind that what Uncle “gives” is not the same was what was taken nor is it given by him, the one who stole it in the first place. What Uncle does is what a mugger does when he robs someone else to recompense the person he robbed first.

The fact that one victim is made whole does not change the fact that it took another victim to make it so.

The government depends on those it victimizes not coming to grips with that reality – and the underlying reality that is government which is the source of all of this victimization and the one party to the dirty business that always profits from it.

*The word alms applies because the recipient of SS – as is the case with all government entitlements – has no legal right to the alms; he gets what is given (after it is stolen).