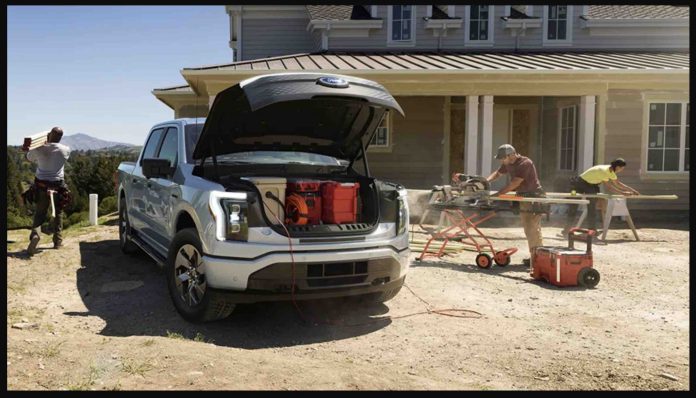 Does a “low price” sell electric vehicles when the cost is short range? That appears to be what Ford is counting on to sell the electric version of the F-150 pick-up just revealed.

It has other virtues, too – including being (as is true of most electric vehicles) very quick as well as having some very practical attributes, such as being capable of running high-load equipment such as welders and even a home (for awhile) in the event the grid goes down.

The truck platform is also without the debilities of the car platform – where there is less room for stuff because of the need to make room for the batteries. In the Lightning, there is plenty of room for stuff – under the hood, where’s the no engine. It is a huge trunk, instead. The batteries being under the floor.

It is certainly more practical than Elon Musk’s electric cars – which aren’t useful for much except signaling virtue.

Some of the Lightning’s electrified attributes are objectively useful, especially to people who buy trucks for work, such as contractors. Ford’s on the money, there.

But then there’s the question of the money – and the range it buys.

Ford says the base price of the all-electric 2022 Lightning will be $40,000 ($39,974 to be precise; $26 less than $40,000 – important from a marketing point-of-view) and touts the fact that it is much more powerful, in terms of towing – and much more capable – in terms of  the things it can power – than the base F-150 regular cab that stickers for $28,940. Especially when you take into account that the Lightning comes standard as a Crew Cab with four full-size doors. 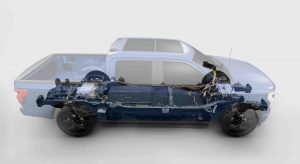 Of course, not everyone wants four full-size doors, nor having to pay extra for them. Another possible hair in the soup is that the Lightning isn’t four-wheel-drive. It is all-wheel-drive, without a transfer case and Low range gearing.

But these are probably not deal-killers.

Ram trucks are selling well even though Ram no longer sells them in regular cab form. Many people don’t need 4WD and Low range gearing because they don’t go seriously off-road. All-wheel-drive is actually better on road – where it provides both a traction and a handling advantage on wet and dry roads, in the corners as well as the straights.

The deal-killer is the range the Lightning hasn’t got – unless you pay extra for more. 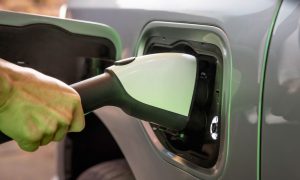 There are at least two problems with this, the first one being the obvious one. A $29k (less $60) base trim F-150 with a 3.3 liter V6 cannot get to 60 in just over 4 seconds, as the Lightning apparently can. But it can go at least 437 miles – in city driving – on a full tank of gas. This is nearly twice as far as the $40k Lightning can go, period  – and the not-electric F-150 will not force you to wait more than the time it takes to gas it up again, which is rarely longer than five minutes.

People who need to work generally haven’t got time to wait the minimum of half an hour or longer it takes to recover some (not all) of the electric vehicle’s already not-much range – assuming they can get to a “fast” charger.

Which isn’t at home. 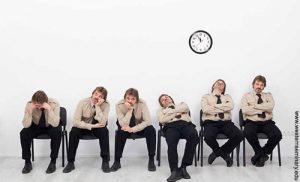 Because few, if any, homes are capable of instilling the 400-plus volts of electricity that “fast” chargers convey. That’s commercial grade electrical service. The “fastest” charge you can get at home is a couple of hours, which is a serious problem given most people just want to go when they need to go.

No matter how good the food is. 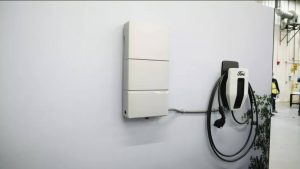 Most people just haven’t got the time, no matter how they feel about electric propulsion. The rubber hits the road when reality bites. Note in this regard the recent news – reported by Business Insider but not widely covered – that one in five people in California who bought an electric car have decided not to buy another electric car. Many have already turned theirs in for a not-electric car.

And then reality bit.

They discovered the wait. How it limited their ability to just go – without having to think about the stop.

Which brings up the second, subtler problem that almost no one is reporting. It is a problem that afflicts electric cars generally, not just the Lightning.

It is that the range, whatever it is, is much less than advertised – as a practical matter.

If you are driving a gas-engined car, you can drive it to the limit of its range, until it’s almost out of gas. Or until it actually is. Because unlike “fast” chargers, gas stations are everywhere. And they are fast. Push the car into the any station and be back on your way in just a few minutes – not half an hour or more.

With an electric car, one must always be thinking about how far away the next “fast” charger is – and whether you’ll make it there. Or whether you have time to wait for a much slower charge, somewhere else.

If you run the battery down to “fumes” – perhaps by using it to power tools or run a house – you will be stuck for a long time if you didn’t make it to the “fast” charger. If you run out of charge entirely, you’ll have to call for a tow – because you cannot bring a gallon of electricity back to your kaput electric car. 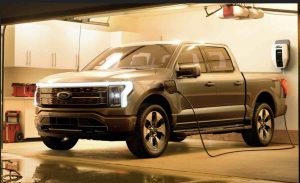 As a practical matter, it is wise to always keep the electric car equivalent of a couple of gallons of gas in the tank, so as to avoid the angst of the kaput. But that amounts to range you dare not use fully – unless you know for sure you’ll make it to the next plug.

So, if the Lightning has 230 miles of theoretical range, it has about 200 miles of realistic range, the 30 held in reserve – to make sure you make it.  And even if you do, you will still have to wait. You will also have to consider the effect on range of using the charge to power the tools and so on that Ford is advertising as a boon of this thing. All day at the job site running chop saws and keeping air compressors going will mean even less range.

Which is why electric car manufacturers have had to pay people to buy electric cars. Well, have had the government make taxpayers pay for them, via the $7,500 per EV kickback given to each electric car buyer. This makes the to-the-buyer cost of electric vehicles like the Lightning artificially “more competitive” with non-electric cars. But they aren’t really competitive.

Else it wouldn’t be necessary to pay people to buy them.

Nor to snooker them.

It is equally telling that media coverage of the Lightning has focused on its price – the “affordable” $40k (less $26) electric truck – huzzah! But without commensurate focus on the meager range you get for that money. And without explaining to people that even that range is much less than advertised, if you take into account the need to always keep a few “gallons” in reserve.

Unless you’re willing to risk the kaput.