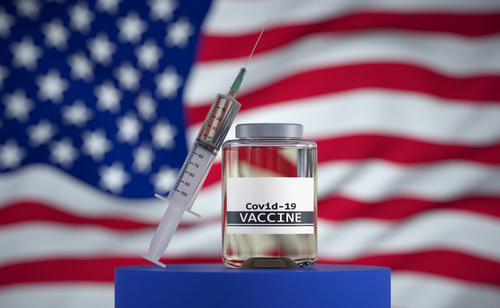 The other day, I drove by a tent set up in the parking lot of the local volunteer fire department where people could get “free” injections of whatever’s-in-those-needles. Similar kiosks are popping up at grocery stores. Free beer is promised to those who agree to be injected with whatever’s-in-those-Needles.

It got to me to thinking about the cost of all this “free” stuff.

The government wants very much to convince the volk that there is no cost to the “free” things it provides – which it possesses in limitless quantities and benevolently disburses, kind of like Santa Claus.

Uncle must take before he can give.

The elves assume the costs of “free” – while Uncle Santa gets the credit for the benevolence.

Eventually, the elves decide it is no longer worth being elves – and join the ranks of those wanting Christmas morning every day, for “free.” They soon discover it’s a lump of coal for everyone – every day.

There are also the strings that always come attached to “free.” The government attaches conditions to what it gives away; if you want to receive you must also give.

If not work, then your freedom.

Uncle’s EBT card – and the pending UBI app free-for-all – will monitor what you’re allowed to buy and limit what you are able to buy, according to how well or not you obey.

It is the freedom of the prison, where you are clothed and housed and fed – for “free.”

That’s not a deal most of us would freely make.

And what of these “free” injections with whatever’s-in-those-needles? What will the cost of those end up being? 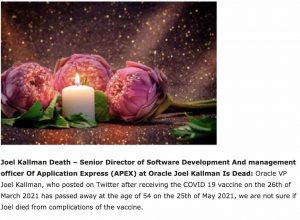 It could cost those who get them their health – possibly, their lives. It has already been (ahem) associated with at least 4,700 deaths over just the past five months. Including, just the other day, the VP of the software giant, Oracle.

It has also been “associated” with tens of thousands of “adverse” effects.

It won’t be the pharmaceutical companies, who have been immunized against being held responsible for the costs of the harms they cause – including those forced on people. A neat trick.

The ones who pay for it will be the families of the people harmed – as well as the taxpayers, who will receive the bill – via taxes, via higher “mandated” insurance – for the care, ongoing, needed by the people harmed permanently or into uselessness by whatever’s-in-those needles. For the care of the dependents left behind by those harmed into the ground by whatever’s-in-those needles.

But these are likely to be merely the incidental costs of this “freebie.”

Pending bills include future injections with whatever’s in those Needles, which we may no longer be free to decline – even at the cost of losing our jobs, being denied a new job, told we may not travel – and may not enter.

Forced-at-gunpoint “free” Needlings are very possible. If you don’t think it’s possible, reflect: Did you ever think it would be possible that armed goons would tackle and shackle people for showing their faces in public? It’s hard to believe, but there it is – and more is coming.

People ought to ask themselves why the government and its “private business” corporate enforcers so urgently seek to Needle everyone – and hurry-up-about it. Including kids, who are at less known risk of dying from the ‘Rona (essentially nil) than they are at risk of being harmed – possibly permanently – by the known (as well as the not-yet-known) risk that comes with whatever’s in those Needles.

And the same for almost all of the rest of us – who were never seriously threatened by death from this virus. But whose lives are very much at risk from the hysteria created using this virus.

People also ought to ask why the pharmaceutical companies are so eager to “give away” a product they spent a great deal of money developing. Are they charities? 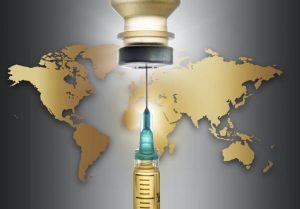 They are in fact among the most profitable of all industries – in part because they are able to provide “free” products paid for by the government, which pays for them using your money – taken by force.

Note that at least six new billionaires have been created via all of this “free” whatever’s-in-those-Needles.

They now seek to require everyone to use their product – or rather, to submit to being used by their product. What could possibly be the motivation for that? Is their future profit in ongoing sickness – as caused by perpetually hobbled immunity caused by whatever’s-in-those Needles? Will the Needled need more Needlings to stay alive, no longer free?

Do you suppose it is a one-shot deal?

Or do you think it likely that a precedent is being established for ongoing Needlings?

What will be the cost of that?

It will come at the cost of your freedom to say no – which may well be countermanded by rescission of your freedom to live, in addition to your likely soon-to-be-former right to  shop, to travel, to attend any public event such as a concert or even an outdoor gathering unless you’ve been jabbed.

You will be free – to submit.

If that is all they charge you.