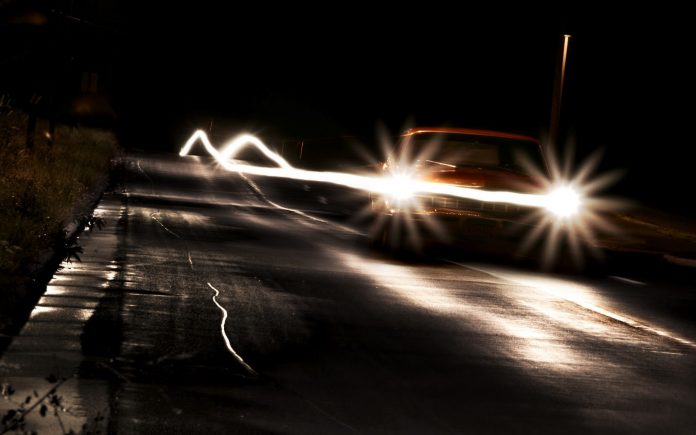 High beams used to be usually off. You turned them on if you needed them – which wasn’t usually.

That’s about to be turned on its head if a new “safety” proposal (yes, another one) under consideration by the National Highway Safety Administration becomes the latest safety fatwa. High beams will be default on, all the time. They’ll dim only when sensors detect an oncoming car.

Assuming the sensors detect the oncoming car. Which assumes the sensors will always work.

NHTSA says always on – or mostly on – high beams have “… the potential to reduce the risk of crashes by increasing visibility without increasing glare.” 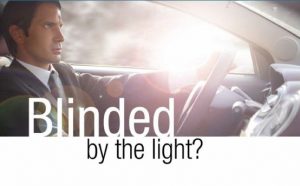 Except high beams are glare personified.

That’s why they’re usually turned off. And now the government wants to pass a fatwa that they be set for default on . . . “without increasing glare.”

This is the sort of thing government bureaucrats excel at. It’s also a logical – by government standards – evolution of the already-fatwa’d always-on low beams (Daytime Running Lights) we’ve had since the ’90s, which were also supposed to “increase visibility” but instead created constant daytime glare where it had previously been at most an occasional nuisance and also made motorcycles – which used to be the only vehicles (other than cars in a funeral procession) which regularly had their lights on during the daytime – much less visible in daylight.

And now – assuming this latest proposed fatwa is flung at us – new cars will burn their headlights at maximum intensity most of the time… but this won’t “increase glare.” And the income tax will only affect the rich . . . Obamacare will reduce your insurance costs . . .  Social Security will always be there . . . and just over the next hill is the Big Rock Candy Mountain.

Let’s speculate that always-on high breams are on for just 5 percent longer than they would otherwise have been on had it been up to the driver to decide when it was time to turn them on. 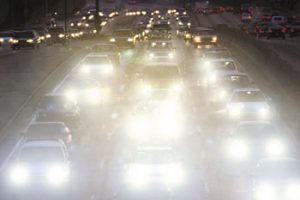 That’s a 5 percent increase in glare – and  it doesn’t take Stephen Hawking to realize that the increase in glare will necessarily be higher than 5 percent. Think of reaction times. Not yours. The automated/always on high beams’ reaction times. It takes a moment to turn them off. A moment longer than if they weren’t on in the first place. And in the meanwhile… Glare. How long does it take your eyes to adjust to a bright light flashed in your face and then turned off?

Add all those moments up and you have some measure of the increased glare the government has in store for us.

Then think about the distraction effect created by dozens, hundreds and thousands of headlights flashing high-low and back again – and not in sync. Picture it. Think of the light show in your rearview mirror.

It will be just like Christmas… only all year ’round.

And is it really necessary to take more control away from the driver? This latter issue is arguably the big gun that should be leveled at this pushy, ill-advised and entirely not-necessary proposal.

A human driver can exercise discretion, use judgment. Anything automated and controlled by a computer responds to programming.  The difference is important. Road and traffic conditions are almost infinitely variable. Computer programming is not. An automated whatever-it-is can be set up to deal with “X” number of possibilities.

What if a situation arises that the programmers didn’t anticipate?

You get an inappropriate response.

And now the driver has to countermand with the appropriate response – and deal with an annoying,unnecessary distraction. Examples of this already abound – with already-in-cars automated systems which pre-empt the driver’s discretion and then nag him for good measure. 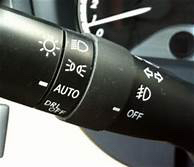 You have probably heard of automated emergency braking. The problem – which I can personally vouch for as a guy who test drives new cars equipped with this system – is that it sometimes brakes when there isn’t an emergency and scolds the driver with flashing lights and buzzers, which distract his attention from driving.

Because it’s programmed to do so.

Because it cannot tell the difference between a car stopped ahead because traffic has stopped up ahead and a car that has temporarily stopped because it is about to turn off the road and so will not be on the road – and in your path – by the time you get there.

A human driver can judge the difference easily and respond accordingly. No need to stomp the brakes – and so, he doesn’t. Automated emergency braking cannot discern the difference. So it brakes, even though there’s no need to. 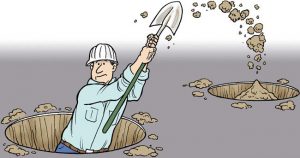 And how hard is it, really, to pull back on the stalk and turn the high beams on if you want them on? It is less annoying, certainly, than having to countermand programming which insolently decides for you whether the high beams – or low beams – ought to be on.

Moreover, a paying-attention-to-driving driver does not need his headlights to be automated. These automated systems encourage drivers to not pay attention to driving. In this case, when the sensors stop working and the high beams no longer dim, the dim-bulb driver just continues driving with his brights on, having been absolved of responsibility to handle this tiny but important responsibility himself.

Cutting to the chase, the real problem is that federal regulatory apparats such as NHTSA (and EPA and many others) haven’t got much to do anymore but need to find things to do to justify their expropriation-dependent existences, so they find make-work things to do.

And then make us pay for the work – in money and hassle.

What they really need is gainful employment, their hands out of our pockets – and their noses out of our business.