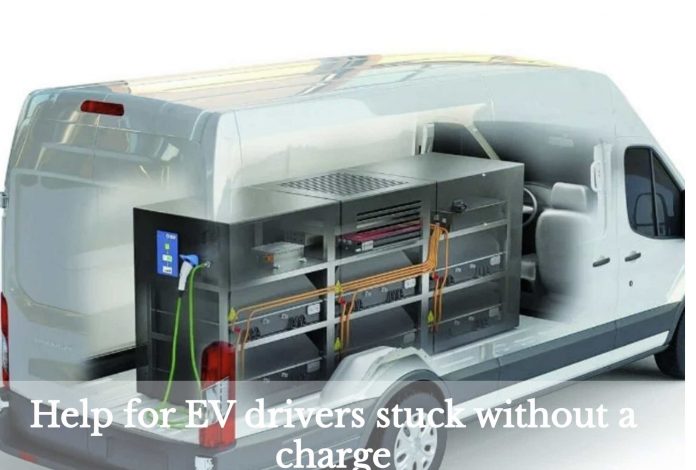 A company called Blink Charging has found a solution to the problem of electric cars running out of electricity.

It is called gasoline.

The Miami-based company has built a “mobile charger” – which generates up to (the usual advertorial weasel wording) 9.6 kilowatts of juice by burning dead dinosaur (or algae bloom or abiotic, whatever you like) liquid juice. At peak output, it can instill up to a whole mile of range into an EV in a minute. 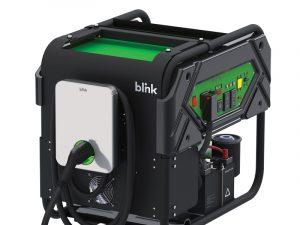 (That’s a bargain – compared with the quarter-million dollars it takes to generate 80 kilowatts of portable electricity via the Lightning Mobile charger produced by Lightning eMotors of Colorado. )

As opposed to $3 for a gallon of gas – that instills 20-plus miles of range.

And which can be carried by hand to an out-of-gas car because it only weighs a few pounds. The Blink Charger weighs 350 pounds. The Lightning Mobile weighs 3,700 pounds  and that requires a truck to haul it to wherever the stranded EV is.

There will also be the cost, in the form of the recouping thereof. Assuming Blink isn’t a charitable enterprise, “investing” $6,500 of its own money in each portable IQ 200-M generators out of the generosity of its heart.

Probably, you are “investing.”

It is almost certain that Blink – the company – is the recipient of taxpayola in some form – perhaps “infrastructure” manna, raining from the heavens after being filched from the pockets of those who may not have an EV themselves but are certainly going to help fund (and recharge) them.

Even if not, someone will be charged – because no one “invests” $6,500 of their own money into a charger unless they expect to be able to charge for it, sufficiently so as to recoup their investment and then some – else it’s not an investment at all. And in that case, it cannot last because there is only so much loss that can be absorbed. A restaurant that doesn’t charge what it costs to serve the food it puts on the table will eventually not be able to put food on the table.

Putting electricity in an EV works on the same principle. 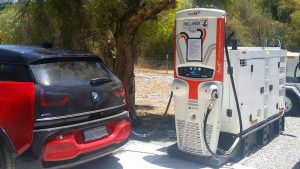 So, how much will it cost the EV owner to have this gasoline-generated electricity put into his EV? Bet your bippie it’ll cost more than $3 for a gallon of gas.

Why not just cut out the middle man? Put the $3 gallon of gas directly into the car – and forget the electricity altogether?

Because the electric car must be coddled and rationalized and supported by any means necessary, however absurd and however expensive. Because electric cars are “the future,” as decreed by those who stand to profit from them, in terms of money forcibly extracted by government and handed over to those who manufacture EVs and their peripherals, such as gas-burning portable chargers to keep get them moving again (briefly) when they stop moving.

And actually decreed, by law. By the government, which also stands to profit from their confected existing – via the control it acquires over people’s decreased freedom of mobility, which EVs reduce.

As well as limit.

Especially in a confected emergency.

Electric cars can be turned off anytime – even when fully charged. Not because they are electric but because they are electronically tethered – wirelessly – to the invisible cord that is always connected. The cord that can be pulled at the whim of the company that owns the software that runs the electric car and so is the true owner of the electric car (read your EULA; note that you are a user and not the owner of what you imagined to be “your” EV). And the government controls the corporations that control the EV. Or the reverse; it is functionally the same thing.

When these “private businesses” decide to enforce whatever the government says they must – such as proof of Jab, for instance –  you will discover who the owner of your electric car really is. By discovering how far you’re allowed to go. 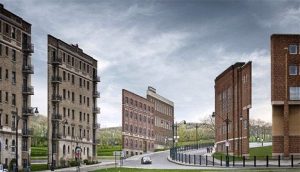 Which is why it does not matter – or rather, that so many pretend not to notice – that the Blink Charger generates electricity  . . . by burning gasoline, the avoiding of which is allegedly the whole point for getting rid of gas burning cars in favor of electric cars.

But then, that is not actually the point at all. It is merely the pretext. The facade temporarily erected to hide the truth, which is that electric cars are being pushed for the same reason that Diapering was pushed . . . to advance another thing.

In the case of Diapers, it was always Needles. In the case of electric cars, it is no cars. This will become obvious, shortly. But most don’t see it, just as they didn’t see that effacing their faces was merely the prelude to extending their arms.

It doesn’t take a rocket scientist. But it does take open eyes – and an operating brain. It is unfortunate that both seem in such short supply.

When Your Vote Doesn’t Matter