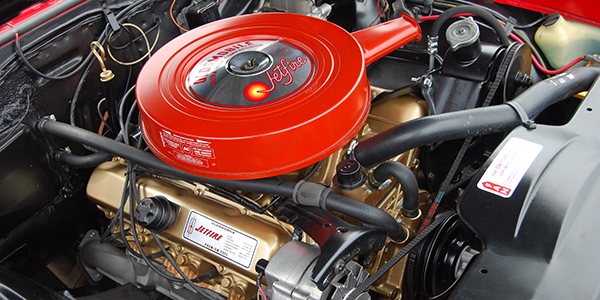 And that serves the purpose of making cars uninteresting to the youth, especially. And they are, indeed, the future – when it comes to cars.

Make them uninterested in cars and you sever the emotional-generational connection to cars that has fueled the affection for cars that made car ownership – and driving – a defining element of American culture for generations. 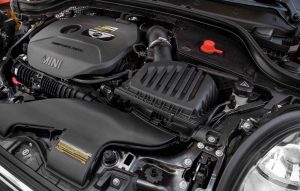 This severing being precisely what some people are determined to achieve, for they know that Americans who no longer care about cars – and driving them – have had their passion for personal mobility and the freedom it represents dulled. Such people are much easier to herd-manage like the cattle these people consider them to be.

Prior generations – including mine – became interested in cars because of what we saw under the hood. I remember being seven or eight years old and looking under the hood of my parents’ 1970 Oldsmobile 98 and seeing the engine – proudly bearing its Rocket 455 decal on the air cleaner, the block resplendently painted in gold – which was the way you could tell at a glance you were looking at an Oldsmobile V8 and not, say, a Pontiac V8 – which would be wearing a light blue hue. If you were looking at a Chevy, the visual tell would be a shade of orange (different from the shade of red-orange used by Mopar) and so on. 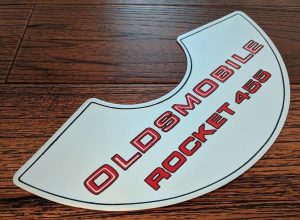 Each engine type could be identified at a glance by this and other visual cues, including the shape of its valve covers –  a big block Chevy’s were unmistakably wide and low – and other brand-specific items such as the location of the oil filler tube (Oldsmobiles had them up front) and so on.

A lot of attention was given to making the engines look interesting. Especially those in high-performance models, which often came with beautifully chromed rocker covers and air cleaner tops, with stickers announcing the displacement and even the power. A kid seeing a Turbo-Jet 454 V8 for the first time is invariably interested in knowing more about what that is.

And so begins an interest in cars and how they work that may last a lifetime. 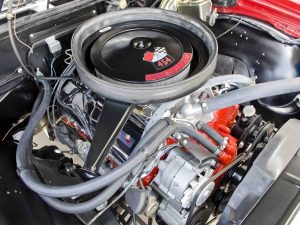 He will be inclined to spin off the wingnut that holds the chrome air cleaner lid in place – it being temptingly right there – so as to have a look at what’s under there. I know I did. With the air cleaner lid off, you can see – well, you could see – the trap doors of the big four barrel carburetor that lay beneath. I remember poking the secondary doors – I didn’t yet know they were “secondaries” – and observing them open and then snap shut when I let them go. It was very interesting to my young mind, which wanted to know more.

Which led to removing the air cleaner and – behold! – the carburetor, itself. Now you could see the throttle arm and the spring that snapped it back. One could see – in  one’s mind – that pressing on the gas pedal inside the car caused the throttle arm to move – and one immediately grasped the implications, without even understanding the mechanical principles. 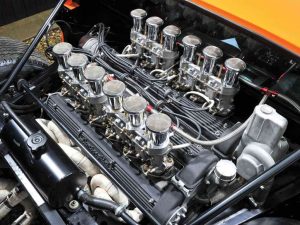 The carburetors were also different, visually as well as well as functionally, from brand to brand and model to model. Some were four barrels and some were just two. A Rochester differed from a Holley, which wasn’t the same as a Carter. If you were lucky enough to catch a glimpse under the hood of a foreign exotic car such as a Ferrari or Lamborghini, you might see what looked like a set of bagpipes in a row – the individual Webers that fed the V12 under that exotic car’s hood.

Today, all cars have the same dreary fuel injection – made by Bosch, generally. The only major difference being the number of injectors. There is no throttle arm. No spring to snap it back. In their place, sensors you cannot see – or rather, which you cannot see moving. All of them the same black plastic, hidden under plastic. 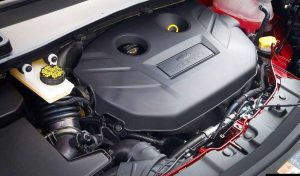 Incrementally, I gained knowledge – some of it from reading, some from just tinkering. Or watching people who knew what they were doing, doing the tinkering. Such as making adjustments or doing a tune-up themselves – which people commonly did themselves back in the ‘70s and ‘80s, in part because they could – because cars were much simpler things, in those days – but also because they were interested.

Car culture was general. Dads and sons routinely worked on the family car together on the weekend. A bond was formed – and not just between fathers and sons but between sons and cars. Anyone who was born before engines were covered up with plastic will remember this generational hand-off and will also remember how every almost-sixteen-year-old burned with desire to get his own car. 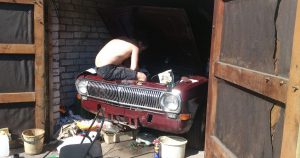 Which wasn’t so much because he was edging toward sixteen but rather because he had been interested in cars for years before and now, at last, it was going to be his turn to own his own car. It would be his and no one else’s. His ticket to drive but much more than that.

Black plastic engine covers have the same effect on this passion as a prophylactic upon the reproductive act – performed upon a plastic partner.

It is telling that passion for cars still burns bright under the hood of certain holdouts, as made by Dodge – which is one  of the few car manufacturers still manufacturing cars that does not cover its engines in plastic; it even still paints them orange.

It keeps them interesting.

If only more would emulate this example.