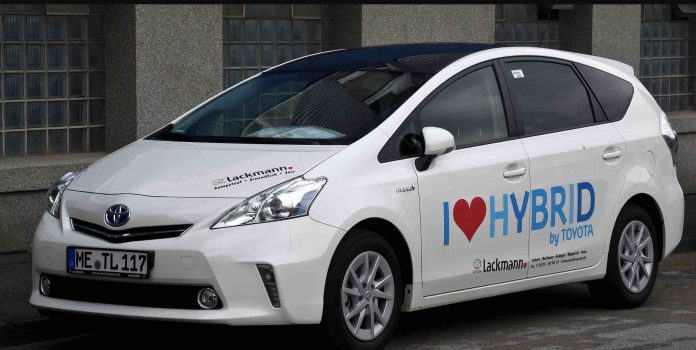 If something works but its use is discouraged it is safe to assume something else is wanted.

Hybrid cars fall into this category. They work. They address every issue brought forth by the people pushing for the full electrification of transportation – in a way that works, without imposing what does not work. Yet they are being discouraged – even forbidden – while that which does not work (the full electric car) is being pushed, hard.

Because something else is wanted. 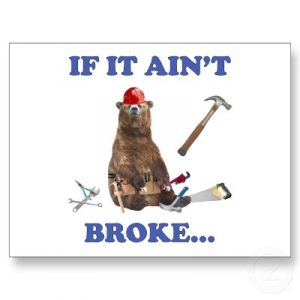 If the issue is “emissions,” whether of the kind that contribute to air quality problems or which are asserted to contribute to “climate change,” then hybrids work. They have small gas engines, it is true. But they are small  – which is just the point. They burn much less gas because they are small and because they are often not burning any gas at all – as when the small gas engine is not running, which is a third to half or more of the time – and so producing substantially less gas, including of carbon dioxide. Less gas – overall – then the typical full-electric car, which (to get people’s minds off that which does not work) emphasizes speed, which burns a lot of electricity – which requires more generating as well as storage capacity, which results in the outpouring of more gas, just not directly – as if that makes a difference to the “climate.”

If the concern is gas rather than politics. 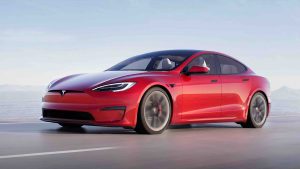 If the issue is range – and it is a huge issue with electric cars, especially as a function of the next/related issue (recharge times) then hybrids work. They have more range than most non-electric cars – typically 500-600 miles – giving them an advantage over both non-electric and electric cars, as opposed to electric cars being a disadvantage relative to both, as few can travel farther than 250 miles on a full charge.

Most cannot travel even that far – and will travel even less far when driven in winter, when it is cold – and the heat is used, which uses electricity. Or in summer, when it is hot – and the AC is used, which also uses electricity. Most people are unaware of these deficits because most electric cars have been sold in states where it is warm, consistently. Not-too-cold and not-too-hot, year-round – like California – where the range is not greatly affected by electrically powered accessories like AC and heat that aren’t used much because they’re not needed, much.

Ask someone who  lives in Minnesota how much it costs to run electric baseboard heaters or heat pumps in January. Or someone who lives in Phoenix, about the AC in summer.

If the issue is having to wait for a charge, hybrids work – because you don’t have to. Because they can charge themselves. Or can be charged at a plug, when one is convenient – and you have the time to wait. They eliminate the issue of having to organize your life not only around when to charge but where – EV “fast” chargers being not nearly as common as gas stations and likely to remain that way for a very long time because of the issue of transmitting the high-voltage electricity that EV “fast” charging stations will need, in  order to “fast” charge electric cars. Extensive digging and wiring will be needed to physically get the volts from the generating source – usually far away – to the charging station. It cannot be done over existing power lines. It cannot be done over the ether. It cannot by done by tanker truck, either. 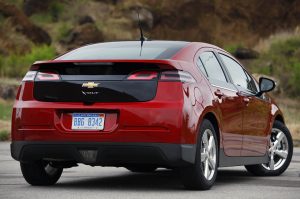 No matter how ardently electrification is desired – or mandated – it is a physical problem that cannot be remedied quickly or easily, let alone inexpensively.

Hybrids eliminate this issue by eliminating the need to be tethered by wires to sources of power. By carrying a few gallons of gasoline with them, they carry around a fungible source of power that can be converted into electricity, easily and inexpensively – as well as quickly.

The General Motors Volt hybrid was probably the best example of what works. It could be driven for weeks or even months without burning any gas – and so emitting no gasses, at all – but without forcing its owner to wait or reducing his mobility. This hybrid could travel 50 miles on electricity, which could be re-instilled at home or work, if convenient – and if not, while its owner continued to drive, using a small gas engine as an onboard generator. 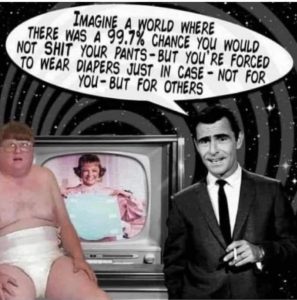 VW had been working on a diesel-hybrid that was expected to be capable of going 150 miles or more without needing to turn its engine on.

It is absurd to complain that the burning of any gas (or diesel) at all is a problem – unless that is not the problem. It is only a problem if the real problem is how to eliminate every solution to problems that are over-stated, for purposes that have little, if anything to do with those stated problems.

Electric cars have much in common with “masks” and “vaccines.” They are all solutions to exaggerated problems, pushed on people who might otherwise choose solutions that a solve the putative problem.

But then there would be no problem. And that is precisely why the problem cannot be solved.