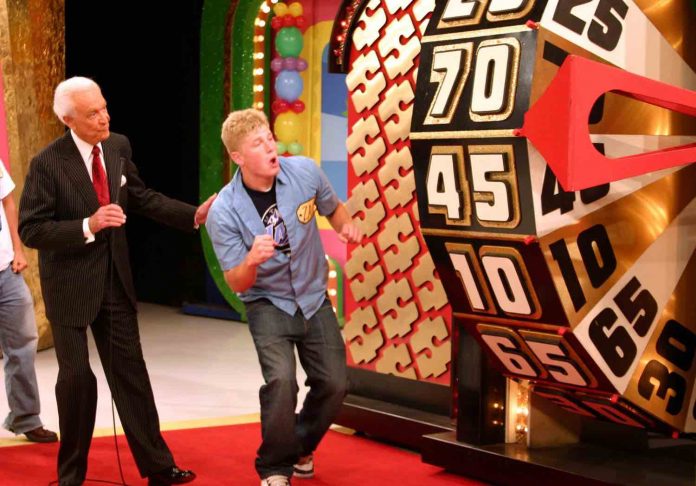 Dr. Fauci and his adherents have managed to ruin even The Price is Right – the iconic staple of daytime TV watched by generations of Americans. It is now unwatchable, because of the cringe-worthy Kabuki being “practiced,” as per “the science.”

There is no longer a crowd of cheering spectators, from whom a new contestant is selected at random and invited to come on down! – to stand beside others, previously selected, all of them waiting to guess the price of a new microwave oven or set of suitcases most closely and be  called to come up on the stage, to play Plinko or Hi Lo and – traditionally – give the host an obligatory hug. 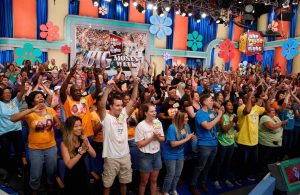 Instead, a new contestant mysteriously appears from behind the stage – the live audience has been dispensed with, apparently – to stand socially distanced at one of three stands awkwardly erected the prescribed six-feet-apart distance from the other presumptively disease-laden contestants.

The host – Drew Carey, these days – stands equally distanced, still holding the iconic microphone once held by Bob Barker. When a contestant wins, he is allowed the usual expressions of enthusiasm – provided he does so at least six feet away from Drew. No more exuberant bear hugs or other expressions of human closeness. There appear to be marks on the stage floor to make sure everyone keeps their distance. There are no friends and family cheering on the contestants. It’s just Drew and the few.

I find myself humming the Eddie Murphy tune about wanting to go back and do it all over. But I can’t go back, I know.

None of the Kabuki performers wears the loathsome Face Diaper, at least. But this may be worse for the more subtle alienation it presents. That it is normal for people to never get close. To speak to each other across a gap of six feet, as if that unspoken expression of mistrust and fear, of an insane belief that the proximity of other people constitutes a danger to be avoided by rote, were perfectly reasonable.

The images presented are normalizing this deviance, a very worrisome and depressing thing. 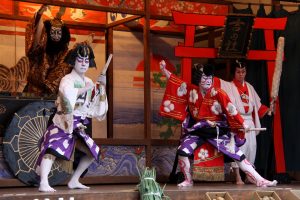 There are many reasons why, but the most obvious is the sheer idiocy of believing that “social distancing” preserves people from getting airborne respiratory bugs. It is of a piece with the idiocy – from a medically useful point of view – of believing that wearing a piece of tissue cloth or women’s panties over one’s face preserves people from getting or giving airborne respiratory bugs.

It is pure theater, of psychological value only.

Probably all of the contestants keeping their distance from Drew – and he from them – are “vaccinated” and have shown Proof of Jab to be allowed on stage. If so, it is not only stupid, it is reckless – if you follow the logic of “the science” – as such people are more likely to actually be the dreaded “asymptomatic” spreaders of the respiratory bug that has become the excuse for terrorizing the healthy population.

We know that people who get Jabbed are not immune; if that were not so, the people Jabbed would not be “testing positive” – as in the case of Israel, where almost the entire population is Jabbed and yet the number of “cases” (positive tests) is suddenly exploding.

Only one thing can explain this. 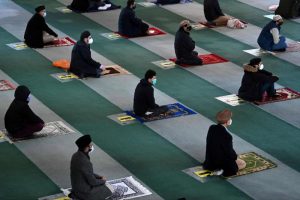 Well, other than the “cases” being based upon a tsunami of false positives.

The other explanation is that people are still getting the “virus” – but they don’t know they’re infected because they aren’t experiencing symptoms.

Because the “vaccine” is – at best – a symptom suppressor.

So they go on about their business – and spread the infection they believe they’re immune to, having been Jabbed. This would account for the spread of “cases” among almost-fully-Jabbed populations.

The Jab, in other words, provides the Jabbed with a false sense of security and incentivizes inconsiderate, even reckless behavior – if you believe that this “virus” presents more than the observed threat of a 99.8-something recovery rate for the unJabbed, otherwise healthy population.

Like going on a game show within breath-waft distance of  an “at risk” obese older person (Drew Carey; age 63) while pretending your “practices” are “keeping him safe.”

The true risk, of course, is that these bizarre rituals – and the mass derangement behind them – will become just part of the landscape, like spreading your legs at the airport so as to provide a government worker access to your reproductive equipment.

Having accepted that (and more, before) is why people are accepting this. It is what comes of “practicing” idiocy – and servility.