More precisely, why they were forced onto faces.

Last year around this time, it was necessary to create the image of a “pandemic” and more than that, the image of near-universal agreement that there was a “pandemic.” Both were achieved by forcing practically everyone to walk around with a thing around their faces formerly seen only on the faces of the mentally ill – outside of surgical suites. It gave the visual of a national Hantavirus ward, sans the Hantavirus. 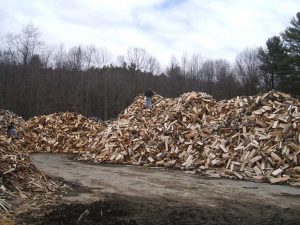 And of course, sans the bodies stacking up like cordwood. “The cases! The cases!” were stacked up instead.

The problem with that was – and remains – that there are still a lot of people who can distinguish between a “case” and a corpse. These people could see that the bodies weren’t stacking up like cordwood, that hospitals were not overflowing with dying supplicants.

They also knew – as in knowledge, a thing distinct from belief, as in religion – that if they weren’t sick, they couldn’t transmit sickness and that it is sick (in the head) to walk around with a rag over their faces pretending to be sick or pretending to be in dread of sickness or because others are crippled by hypochondria – an obsessive fixation on and fear of getting sick. 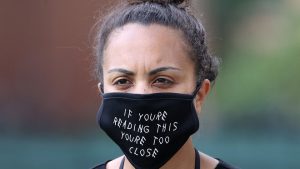 They also knew that even if they did get this putative sickness, unless they were over 70 and not in good health, they stood a 99.8 percent chance of not dying.

To live – and look – as if they were over 70 and not in good health made no sense to them. It would be like a not-handicapped person using a cane or a competent driver limiting his driving to no faster than 25 MPH and only down to the corner store and back because some old people can’t see very well anymore and they lack the skills to competently drive 75 on the highway.

In addition, they also knew – once again, as opposed to believing – that wrapping a dirty old bandana around their faces doesn’t impede viral particles any more than a chain link fence thwarts mosquitos – and for that matter, neither does the “mask” that most of the population has been wearing, these things being dust masks of the sort used by people on construction sites and even if of the N95 variety, poorly fitted or fiddled with by fingers all day long – and after all day long suffused with schnott and far more disgusting than palliative.

These people, if given the free choice, would choose not to perform this sick kabuki – it being disgusting and absurd – and by not performing it, the sight of them would have prevented the image of a “pandemic” and the appearance of near-universal belief in the existence of one – each reinforcing the other – from ever having successfully implanted.

Which would have thwarted all of the evil impositions visited upon the people of this country, most especially little kids – who (unlike some adults) are more easily terrorized and traumatized and also much more helpless, in that they have to do what the adults tell them to do. Thus they were denied the usual childhood normalcy of friends and school, “locked down” like lepers and taught by the sick adults around them to regard others as lepers. The damage done in this regard is nothing shy of catastrophic and will take years to undo, if it ever is undone.

Some of the more suggestible would of course have Diapered up, regardless. But the sight of lots of faces – and no bodies stacking up – would have tempered the fear of many of these, who probably would have removed their Diapers, too.

None of that could be tolerated.

It is why Diapers were “mandated.”

And it is why Diapers are about to be “mandated” again – and already have been, in places like Los Angeles and St. Louis.

This time, because there are lots of people who know that the “vaccines” being pushed on them are – like the Face Diapers – of dubious value (people who have taken them are still getting sick) as well as known to be more dangerous than any other “vaccine” ever allowed into general circulation, having already caused thousands of deaths as well as thousands of serious complications and who knows what else in the months and years to come.

They are rightly cautious on account of all of that and rightly suspicious of the used car salesman/time-share condo hard-sell. They are also sick of the lip-snarling and threats – increasingly overt – that they’d better roll up their sleeves, or else. It makes a thinking person wonder what these drug pushers are up to.

Thus, millions of prudent, sensible people have not rolled up their sleeves – and so, the Diapers are to be re-imposed.

As a punishment – and as a cudgel.

The punishment is obvious. Most people loathe being made to walk around – and go to work – with a disgusting and degrading rag over their faces. The resumed wearing thereof – and accompanying restrictions – will be the “incentive” used to coerce the rolling-up of sleeves. The renewed social pressure of seeing everyone, almost, wearing the disgusting, degrading things will be deployed to demoralize and thus, defeat, the populace by wearing them down.

But there is a new element, this time. 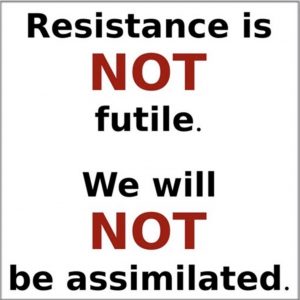 The “vaccinated” will also be forced to Diaper Up and this will infuriate them. They will regard – they are being told to regard – those who have not rolled up their sleeves as the source of their woes and of their sickness (it does not occur to them, apparently, to ask why they are still getting sick if the “vaccine” works).

They are being egged-on by the TeeVee and horrid people like the governor of Alabama and the mayor of New York and of course, above them all, the horrible little docktor who stands at the apex of all of this, to loathe and despise the people who have not rolled up their sleeves. The Diapered-vaccinated will demand “action.” And “action” they will get.

It is a pogrom in the making.

We are standing precariously on the razor’s edge. Things could go either way. They will go the sane way if enough people simply refuse to kabuki this time. The last time, it was perhaps understandable why they kabuki’d. They didn’t know. They may have been afraid. Many just didn’t want to raise a fuss and figured if they didn’t this would pass. 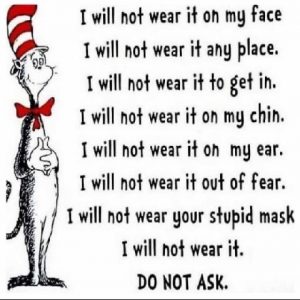 It will be forever, if they kabuki this time.

It cannot be overstated. Do not put on a Face Diaper this time. Refuse to do it and don’t be ashamed to not do it. Do not give in to the fear – or the pressure. Even at the risk of your job. Your job will not matter if they succeed. Arizona Cardinals receiver DeAndre Hopkins understands this. He has announced his job is not worth his rights – or his life:

“Never thought I would say this, but being put in a position to hurt my team because I don’t want to partake in the vaccine is making me question my future in the NFL.”

And if we succeed, there will always be another job – one that doesn’t require abominable obedience rituals as the price of employment.

Not one inch. Give no ground on this. Stop deferring to other people’s hystericized feelings. Refuse to be cowed by their neurotic assertions about the harms not being caused. Insist on your right to not be harmed for the sake of their fears.

The time for tolerance is ended. Enough is enough. This madness has got to stop.

We have it in our power to stop it. We can have our lives back – if we don’t let them take them away.

By refusing, this time, to put the god-damned thing on.