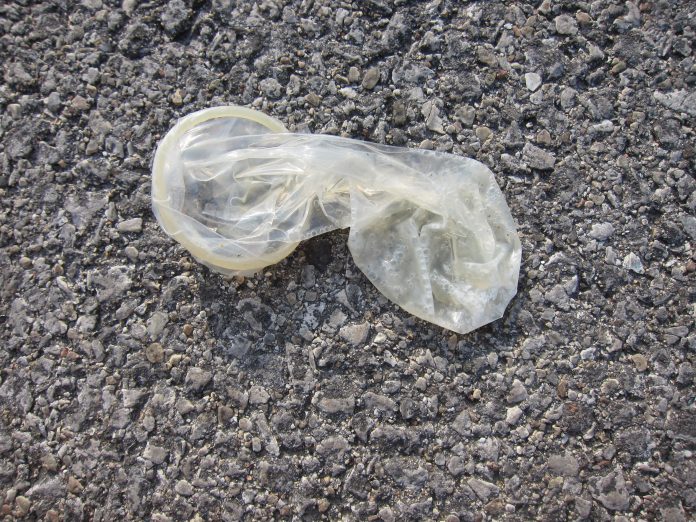 Coming out of the gym today, I had to walk around a disgusting Used Face Condom tossed on the ground. One sees these things everywhere; one used to only see such things in back alleys where $20 whores plied their trade. This is what America has come to. This is what America looks like on account of weaponized hypochondria and the pathology of Sickness Psychosis.