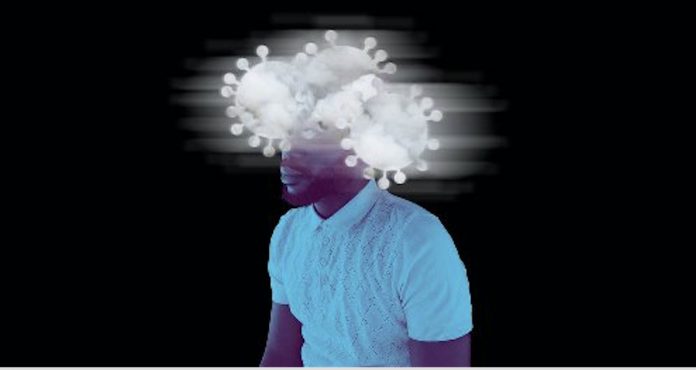 They say the Jabbed are leaching “prions” into their surroundings and that these whatever-they-are’s (I’m not a biologist) can infest nearby people and make them sick, too. I don’t know about that. Or at least, I know that so far, so good. I remain healthy in spite of having been in proximity of the Jabbed, who are now as unavoidable as sunlight (unless you want to live in the basement, forever).

Another unavoidable thing may be a function of the prion thing.

The cut of the average driver’s jib seems to have markedly deteriorated since it became hip to roll up your sleeve. They say these “prions” cause occlusion in blood vessels and that stroke-like symptoms are one result. The victim seems dazed, torpid. Reactions dulled.

As in this case.

I found myself behind the car in the video accompany this story the other day, as I was driving on a road with a 55 MPH speed limit that most people ignore (in favor of higher speed) by at least 5 MPH, unless they’re driving a tractor. It’s a speed limit that hasn’t changed in 30 years, notwithstanding that cars have.

And so have drivers, unfortunately.

This one was driving around 32 MPH when I began video recording – a speed that is arguably reckless driving given it is more than 20 MPH below the posted speed limit and for that reason is just as dangerous – using the same logic – as the actually statutory definition of “reckless” driving in my state, which is defined as any speed in excess of 20 MPH faster than the posted speed limit. 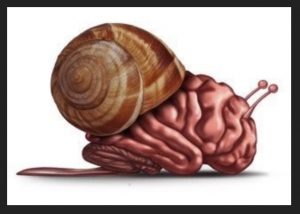 Dangerously so. A car operating 20-plus MPH below the speed limit is a slow-moving target for being read-ended by another car entering a blind curve with that slow-mover suddenly appearing ahead and not enough time for the driver doing the speed limit to brake to avoid it. Such a slow-mover also occludes the flow of traffic, as the prions may be occluding the blood flow in the brain of its driver.

It is hard to imagine anyone who isn’t a stroke victim or prionically addled driving that slowly, on purpose – on a clear fall day, on that straight stretch of road. Yet there she – as it turned out – was, doing exactly that. Oblivious to her speedometer and the speed limit, too.

As I passed her, I saw that she was older and that may account for it. But how to account for the drivers of the two cars that were behind me?

These were not older folks. I knew because I saw them in my rearview as they bunched up on my bumper, as we all waited – so I assumed – for a clear line-of-sight to say sayonara to the enfeebled (by age or prions, who knows?) lady ahead of all of us.

But when I passed her, they didn’t.

I watched the conga line recede in the rearview. The old lady, prions possibly coursing through her veins and arteries like chunks of bacon fat – with the other two also apparently prionically addled, still behind her. They made no attempt to get around, even though a safer place to pass would have been hard to conjure.  I passed the old lady on a stretch of road (see the video) that is at least a half mile long, a legal passing zone, with excellent sight lines and no oncoming traffic in sight. They could have passed her easily, too – and with plenty of margin – by lazily increasing their speed to exactly the speed limit.

But they didn’t even try. 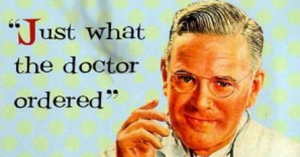 The three cars just continued on their slow-motion way, like a herd that picks up new cows along the way – and just keeps on wandering in whatever direction the lead cow is leading; the lead cow having no idea where she’s leading.

She just happens to be there and so the others moo, too.

Is it the prions? Or is just the inevitable side effect of at least 30 years now of Safetyism and its tenets of passivity, its dogma that anything that smacks of speed – even if legal speed – is, ipso facto, “unsafe”?