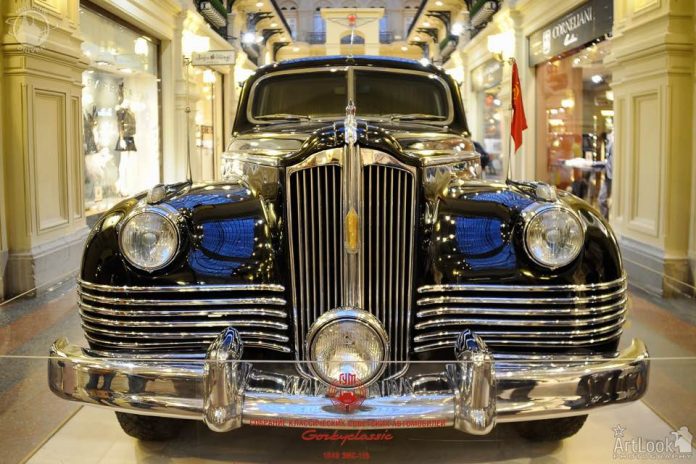 Internal combustion-powered vehicles aren’t going away. They are being taken away – from us. But not from them – the ones taking them away from us.

Those people – government people – will continue to drive (or be driven around in) the gas-guzzliest internal combustion-powered vehicles conceivable – a literal handful of specially built Chevy Suburbans designed for the elite.

The latter being a misnomer – as is almost axiomatically the case with anything having to do with government. 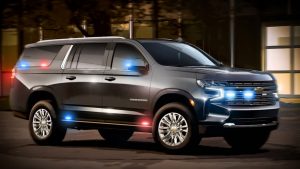 They are “elite” in the sense of being a few, certainly. But they are not elite in the sense that Jefferson meant – as regards talent. Assuming you exclude their relentless, pathological urge to control others and their olympian cognitive dissonance as regards what they say vs. what they do.

As they are doing with regard to forcing us into electric cars – while they are driven around in heavily armored and V8-combustion-engine-powered Suburbans, like the ones that will be built for them per the $36.4 million contract just awarded to Government Motors toward that end. The “carbon footprint” of these full-sized SUVs will be almost as big as their price tag. The contract specifies that 200 be built annually, beginning in 2023, through 2032.

That comes to 1,800 specially-built, cost-no-object Dear Leader Mobiles – none of which will be “electrified,” even partially. No plugs – but extra-capacity gas tanks. 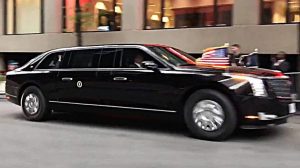 Meanwhile, the Dear Leaders insist everything else be “electrified” – by 2030, no less.

We will be forced to pay a third to half again as much for an electric car and then pay, again – via the taxes we’re forced to pay – for their combustion-engined, super-sized SUVs and limousines.

As our mobility is leashed, that of the Leader Class is unleashed. The electric car is the tool that will be used to achieve the former, just as the weaponization of hypochondria has been used as the tool to inject the government into what had previously been the few areas of life that remained beyond its dominion.

The leash isn’t the range, by the way. 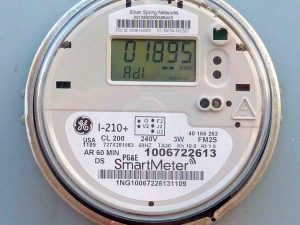 While it is true that electric cars cannot travel as far as practically any non-electric car – and make you waste ludicrous amounts of non-renewable time planning your life around and waiting for them to recharge – those are mere incidental inconveniences and losses.

From the Dear Leader point-of-view, what makes the mandatory electric car such a grand idea – for us, not them – is that they will have total control over when and if our EVs can be recharged as well as whether our EVs will move, even if  fully charged.

Of course, the cognitively dissonant opposite is served up to us, via the government’s propaganda organs – just as they are serving up the idea that people will be “free” again, once they accept the Jab.

And carry their Proof of Jab. 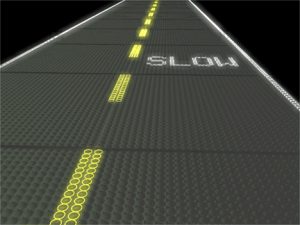 No more “dirty” gas stations! We’ll be freed of that. We can charge at home! (Never mind how long it takes). No more oil changes! (Instead, battery pack changes).

But the real humdinger is that Smart Meter bolted to the side of your home – which they control. And which they can use to meter how much power (and when) you’ll be allowed to use. Think of it like a government-controlled gas station, with pumps that only work when government says and only pump as much as the government says you’re allowed to have – contingent, probably on your vaccination status, among what will inevitably be a bevy of obediences required of you as the price of being allowed mobility.

Some will say – but I have solar! I can generate my own electricity! They do not control that!

But they do control your electric car.

I’ve explained before about this but it bears repeating – until it is understood. Electric cars are also electronic cars. More precisely, they are electronically connected cars.

Electric motors are simple. The electronics controlling them (and their battery packs’ charging protocols) are not. Electric cars are constantly receiving updates from the central panopticon – just like your smartphone – over which you have as much say as you had in the last presidential selection. The updating cannot be turned off – at least, not by you. But they can turn off your car, at their whim. Its range can be modulated – to zero, if that is what they decide to do. As perhaps during the next “lock down.” Or to avert “climate change.”

Perhaps just because you lack sufficient social credit to – as per the Pakleds from Star Trek – make it go.

Because they are smart (same Star Trek reference). 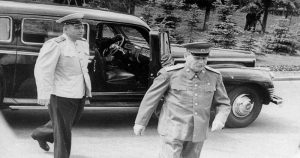 They can make us buy them battleship-armored SUVs with V8s that slurp down oceans of gas and “emit” vast plumes of the dread gasses that serve as the pretext for forcing us to drive electric cars, instead.

If we are allowed to drive them, at all.

And many of us cheer it.

One can hear the echo of Uncle Joe’s laughter at the Spasskaya gate – entrance to the Kremlin – through which the Leader’s armored ZIS-110 limousine travelled, daily. It was a specially built, heavily armored version of the Packard Super Eight. Just 32 of these were made, all for the exclusive use of Stalin and his closest associates.

History doesn’t rhyme. It rumbles – with the sound of combustion (and luxury) for the elite, paid for by the rest, which is us.

Smile and wave, as the Dear Leaders’ 9 MPG armored Suburban rushes past.