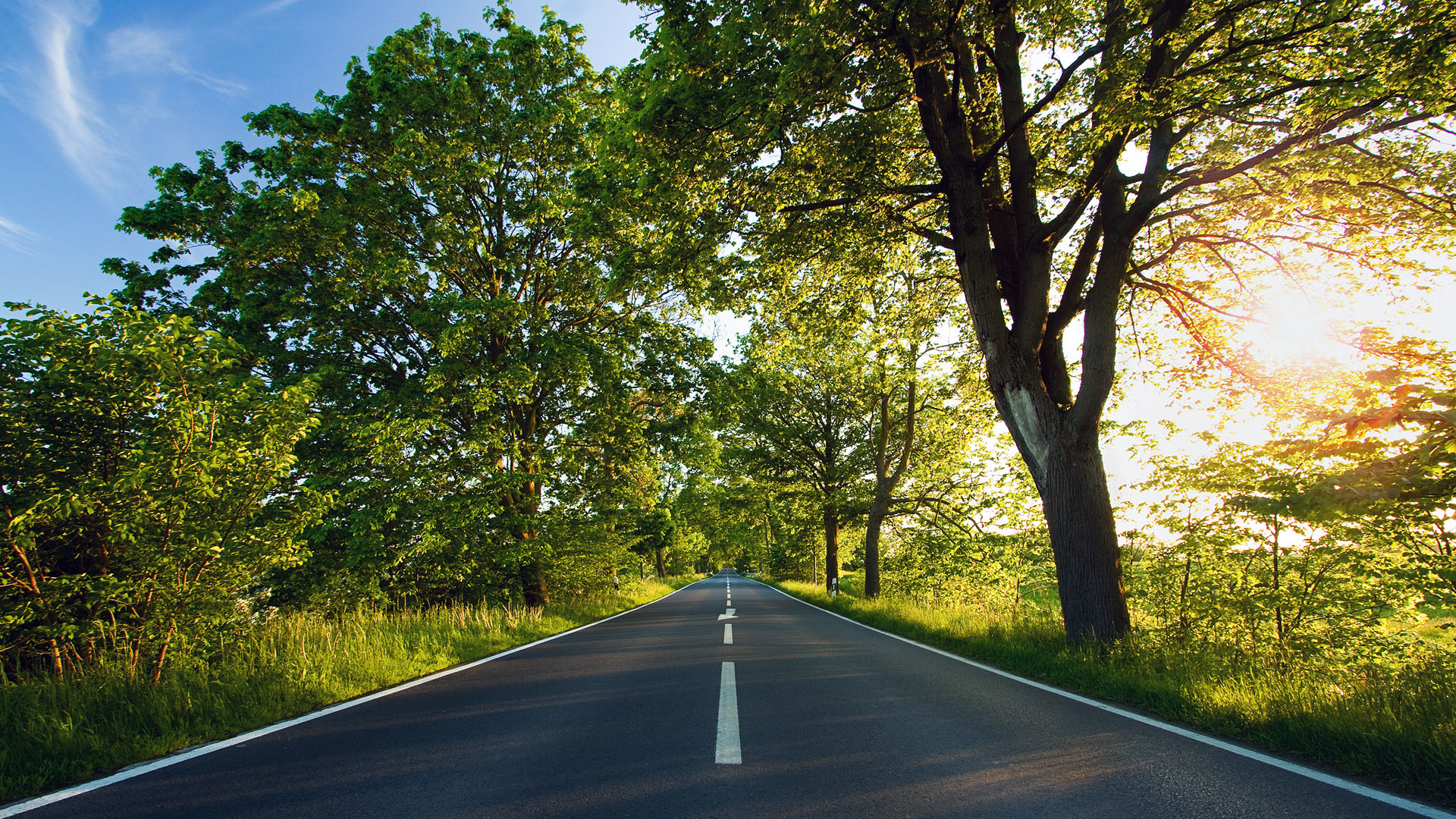 When you’re a Libertarian, you get challenged a lot to conjure what things would be like absent Uncle’s interventions. 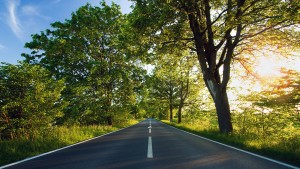 The contra argument – against privately built and managed roads – always presumes that things as they are, including particularly the existing network of government-built roads, is the only way things ever could be. How would you ever get to work or anywhere else if roads were privately owned? You’d have no choice but to use the road in front of your house! How would it be maintained – and paid for – absent Uncle?

What they always miss – and seem unable to imagine – is what might have been. Uncle eminent domained the right-of-ways, seized other resources and built the roads.

But those roads and that development were – are – artificial. Government-grown. It doesn’t invalidate the soundness and viability of a privately-built, privately-owned alternative any more than (as in my state, Virginia) the government having a legal monopoly on the sale of hard liquor means that absent that monopoly, it would have been impossible for people to efficiently and freely buy and sell hard liquor among themselves. 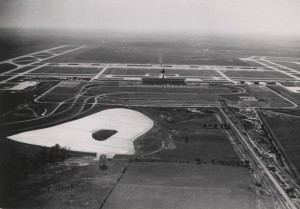 What sort of road network  (and attendant natural development patterns) might we have had if Uncle hadn’t superimposed his grid on us?

We will never know.

We certainly would not have had the artificial development (and attendant traffic problems) arising from Uncle’s building roads for demand that doesn’t yet exist to places not many people are interested in traveling to.

I can give you an example of this from my own childhood.

Back in the 1960s, Uncle decided he wanted a new airport out in the then-wilderness of Loudoun County, Virginia – far outside the then not-yet-built DC Beltway. The new airport – Dulles International – would be serviced by its very own road, which Uncle eminent-domained and tax-funded into existence.

There was no demand for this road (or the airport, for that matter). This did not deter Uncle. He would manufacture demand.

Various “deals” were cut and “incentives” provided to developers, who developed the surrounding land. Bear in mind that all of this was artificial – that is, prompted not by market demand but by the flow of Uncle’s (that is, taxpayers’) money. 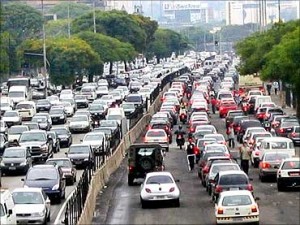 And with it, the horrific traffic bottlenecks that the DC ‘burbs are infamous for. The roads built became inadequate to handle the volume of traffic. Because they’d been built before there was market demand, and designed with projections of demand that turned out to be… wrong.

Uncle never gets the blame for this. He ought to. “Sprawl” and “gridlock” are problems resulting from a disconnect between supply and demand – the interruptions only Uncle can cause.

If market signals had been operative, a road would not get been until sufficient demand to warrant its building had arisen and then it would get been built (and priced) in accordance with that demand. The current commonplace of almost-empty and frequently, pristine, roads in some places – and horribly over-crowded (and in terrible disrepair) roads in other areas – would be extremely rare in a privatized scenario.

Privately built roads would necessarily be more efficient because private capital tends not be spent on things for which there is no or insufficient demand. Uncle’s roads, in contrast, are built because Uncle demands then; that is, on political whim – those whims backed by the open-ended resources of the captive taxpayer.

But how would privately roads be funded? Wouldn’t the cost be very high? These are the other contras presented by those who disbelieve in the practical viability of privately owned and operated roads.

What’s relevant is that there would be choice.

And there would not be coercion.

The opposites of these two things characterize anything that Uncle – the state – does.

As things are, we have little choice but to use – and pay for – Uncle’s roads. There is no realistic option, but not because there couldn’t be. It merely requires that Uncle get out of the road business, his monopoly unplugged.

Roads, after all, are of value to most people. And why would roads be the exception to the rule that people pay – willingly, without being coerced – for the things they genuinely do value? The form that payment might take is immaterial. It could be pay-as-you go via tolls or some other way. The point is, the way would be found and it would of necessity have to be agreeable to both parties, the road owner and the road user- because neither could force the other to agree to the transaction.

Just as in any other free economic transaction.

Why would would this principle not apply to roads?

The assumption seems to be that owners of private roads would charge outrageous fees. But this is as improbable as any other private concern lacking the ability to force people to pay (Uncle’s thing) charging obnoxious prices and remaining in business. A car company, as a for-instance, cannot charge whatever it feels like charging for its cars. It can only charge what buyers are willing to pay for the cars.

Before insurance became mandatory, costs were lower because people did not have to buy insurance. If the cost was too high, they were free to say no.

Take away coercion, make the transaction a voluntary one, and prices cannot go higher than what the market will bear. Put another way, things are priced according to what they are worth – as defined by people’s willingness to freely part with money for them.

How could anyone take issue with that?

I think the worship of government roads – and the seemingly visceral opposition to privately-owned roads – has its source waters in a couple of things. 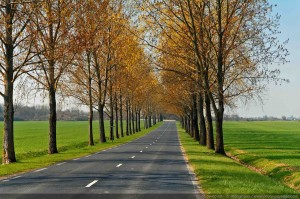 First, it’s what people are used to. They cannot imagine an alternative.

Just as in the collectivist societies of Europe, people are used to the government being in monopoly control of their medical care and pretty much everything else, too. They see what they have – and cannot see what they might have had. The prisoner is grateful for his slice of stale bread; does not consider that fresh bread might be available outside the prison.

Second, they think it’s the better deal. More bluntly, they see it as the free lunch.

The cost of government roads is largely hidden. Few people know exactly how much they are taxed to support them because the taxes are carefully hidden from them.

It easy to take Uncle’s network of roads as a veritable freebie – since (for the most part) you are not directly dunned. You can drive on one of Uncle’s roads whenever you like and no one seems to be reaching into your pocket. Motor fuels taxes, like FICA withholding, are very cleverly insinuated into the price of gas. People would be more aware of – and object more – to what they are actually paying for Uncle’s roads if they had to pay the taxes as an add-on (like sales taxes) whenever they bought gasoline.

Most people also do not take into account the random taxation-by-ticket for various manufactured “offenses,” either. Nor the cost of Uncle-mandated insurance. A private road-owner might (and likely would) offer as an economic incentive the absence of any requirement that you “buckle up for safety” and permit you to drive at whatever speed you felt comfortable driving (as in Germany, on the Autobahn) without fear of being harassed and dunned by a goon in a funny outfit. He might also not require you to have insurance – or at least, not a pay money to a mafia, as now. Perhaps, all that would be required is that you agree to be responsible for any harm you cause – and demonstrate that you have the ability to pay for “x” amount in that event.

The possibilities – the potential savings – are almost limitless.

Meanwhile, the cost of government roads is ultimately measured in terms of what Bastiat called the “things unseen.” The grid and patterns of development that might have been.

At minimum, free of coercion – and monopolistic control.

How preferable would that be to Uncle’s roads, which are made possible only by forcibly seizing people’s property (to obtain the right of ways) and then leaving us no choice, really, about using – and paying – for them?