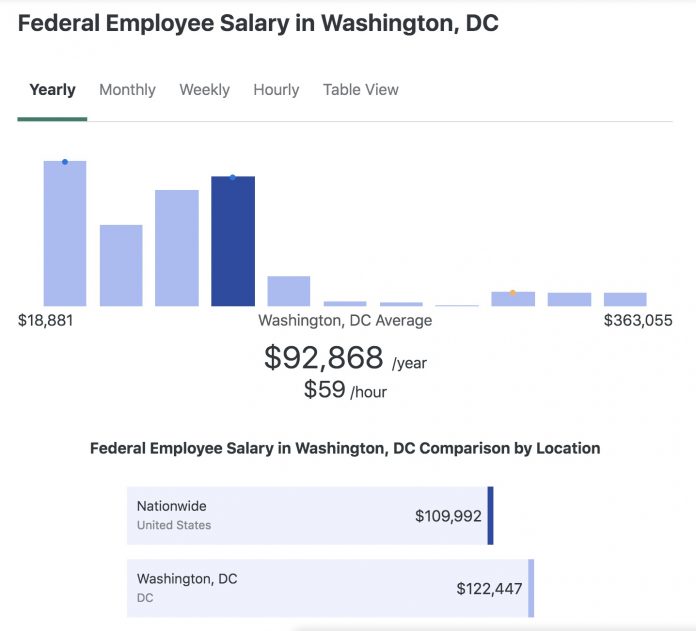 It seems the only people worried about the cost of things are those who can’t force other people to pay for them.

This is the only explanation for the otherwise bizarre insouciance accompanying each almost weekly “reveal” of the latest electric vehicle – such as the $67,500 to start Rivian R1T electric truck.

But it’s not just electric trucks – or electric cars – that are unmoored from economic reality.

It is cars and trucks, generally. Their prices are booming – the average transaction price of a 2021 model year is close to an unprecedented $35,000 – even as the economy is collapsing. 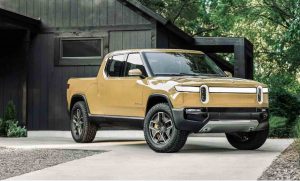 Until you understand the non-market forces at work.

There is, of course, the price-padding effect of compliance costs – what you pay for all of the things directly mandated by the government, such as air bags and back-up cameras and tire pressure monitoring systems – as well as those things not specifically decreed, such as direct injection, partially electric drivetrains, small engines with heavy boost (turbos) but which are necessary to meet the emissions and fuel efficiency standards laid down by the government. 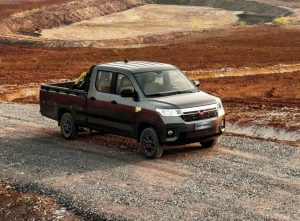 These have added thousands of dollars to the cost of every new car.

New cars would, in fact, be generally unaffordable on this account alone were it not for the compensatory effect of economies of scale, manufacturing efficiencies and the reduced cost of materials (e.g., the widespread use of cheap painted plastic for most of the front and rear ends of almost all new cars in lieu of metal and chrome).

We can get a sense of what new cars and trucks would cost, absent all of the baked-in costs of the mandates and the need to “comply” with all  of the government ukase by comparing the costs of cars made here with the cost of cars made elsewhere – in countries that have governments that are less involved in designing cars. This includes even China, where it is possible to buy compact pick-ups such as the Wuling Zhengtu – which is made by a subsidiary of General Motors, by the way – for just over $9k.

Which is about a third of the cost of the lowest-cost pick-up available for sale in the U.S.

But there is another factor at work. 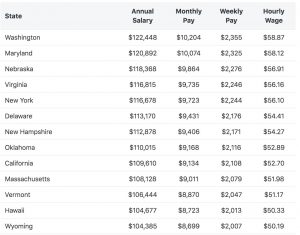 The same government that mandates and regulates also pays very well. The average federal government employee in the Washington, DC area takes in (literally – government workers do not earn anything) more than $122,000 annually. Many government workers in Northern Virginia take in considerably more.

The average American worker earns about half as much.  Out of which he is forced to pay the taxes that go into the pockets of the government worker. Who is then able to buy a $67,000 electric pickup the person who actually paid for it cannot afford to pay, himself.

It’s not just in in DC (and Northern Virginia, where every other person is on the government payroll in one form or another) government people, either. 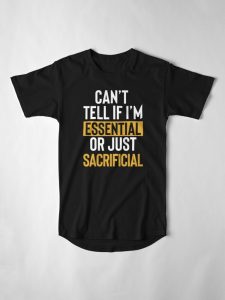 Government pays very well, everywhere. This includes government school “teachers” (in air fingers quotes for reasons that ought to be obvious, to the educated) and armed government workers – who enforce what the government decrees upon those forced to pay for it. Including, as recently, when most of the people who pay for the government were declared “non-essential” by the government, which continued to force them to pay the taxes that keep “essential” government employees’ pockets full.

These government people enjoy both much higher incomes than most people who work for a living as well as job security unheard of in the working world, where one must produce something people are willing to pay for in order to get paid.

Government simply gets paid – as much as it likes.

There are roughly 9 million people directly employed by the federal government. When you add in those employed by state government that swells to some 30 million. That is a lot of people taking in a lot of money, creating a lot of market distorting purchasing power. It is these people who are creating artificial demand for cars the rest of us cannot afford. It is the same non-market force driving people who work out of the housing market in – not uncoincidentally – please like the Northern Virginia suburbs of Washington, DC- where a townhouse an hour’s drive away from the Heart of Darkness costs on average more than a quarter-million dollars.

Few who aren’t on the government payroll can afford that.

Meanwhile, the average American finds himself increasingly priced out of the market – since he must pay full freight for all the latest stuff, much of which he would probably prefer to do without but which is becoming standard equipment, because those people want it – and don’t have to care much about what it costs.

Since they can make you pay for it.