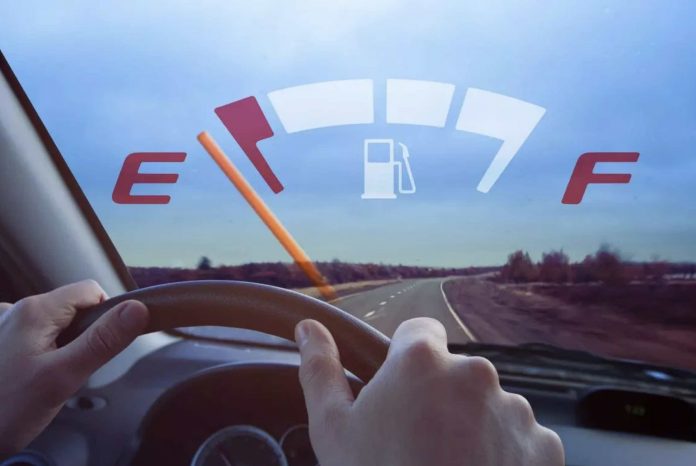 Have you given any thought to what it will mean to you when gas costs $5 per gallon – which is likely, given how much gas costs already?

The average cost of gas is already over $3.20 per gallon, a halting increase of $1.20 per gallon over the course of less than 10 months. Try to imagine what it will cost ten months from now.

For openers, because of the artificial costs imposed by the regime that successfully supplanted the Orange Man, via the unvetted counting of as many absentee ballots as it took. Whatever his many faults – among the worst, his failure to prevent the counting of all those unvetted absentee ballots rather than bitch about the count, after they were counted  – his policies allowed the cost of gas to lower, naturally.

There was – there is – plenty of oil (the raw material out of which gas is percolated) and Orange Man’s policies encouraged oil companies to explore for it, encouraged pipelines to be made to deliver it and for these reasons, Americans were paying less for gas than Americans had been paying in at least 30 years.

Keep in mind that there is at least 50 cents in federal/sate taxes baked into the price of every gallon of gasoline. Thus, the gas that was priced at around $1.99 per gallon when the Orange Man was ensconced ten months ago actually cost just $1.50 or so.

It now costs much more than that, without taxes having been raised at all. But the cost of the new regime’s cancellation of pipelines combined with its obvious intent to cripple exploration has caused there to be less oil extracted – and delivered – which has artificially increased the cost of gas.

There is also inflation – another artificially induced cost-increaser that works just like a tax by making the money you’re  left with buy less. Inflation has at least doubled under the regime of the Orange Man’s manufactured replacement and there are no signs it will abate. 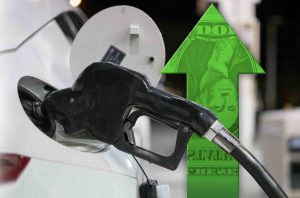 Let’s try to imagine what it means – by considering what it already costs.

The average car carries about 15 gallons of gasoline. Just ten months ago, it cost about $30 to fill that tank. The typical driver fills up once a week, so four times a month – so $120 per month for gas, or about $1,400 per year.

What will he be paying ten months from now?

At $5 per gallon – a natural extrapolation of current trends – he will be paying $75 per tank, or $300 per month – as much as another car payment – and $3,600 per year. Which is almost enough to buy another car. Or rather, was – when a good used car could be bought for such a sum. 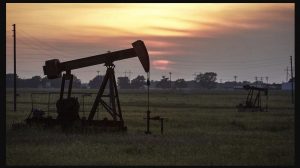 Which was about ten months ago. Now it’s hard to find a running car for that sum, because the cost of used cars has blown up along with the cost of everything else, including gas.

Project ten months down the road from now – or even six. Will you be able to afford to continue driving, when (not if) gas costs more than $4 per gallon? Many people won’t be able to – and the social-political ramifications of this are considerable.

I touched on this matter in a column about Emergency Bikes – i.e, motorcycles – the thesis of which is that owning a motorcycle (or scooter) could be a way to continue to be able to live where you do and get to where you have to go, i.e., to work.

This artificial engineering of energy scarcity – which is deliberate – is going to cost us more than what we pay to put into our tanks. At $5 per gallon, trucking companies may no longer be able to afford to ship goods – and food. Or rather, the costs they must pass on will reach a point at (and beyond) which people can no longer pay them.

Everything collapses, grinds to a halt.

Which, I suspect, is precisely what these creatures want.