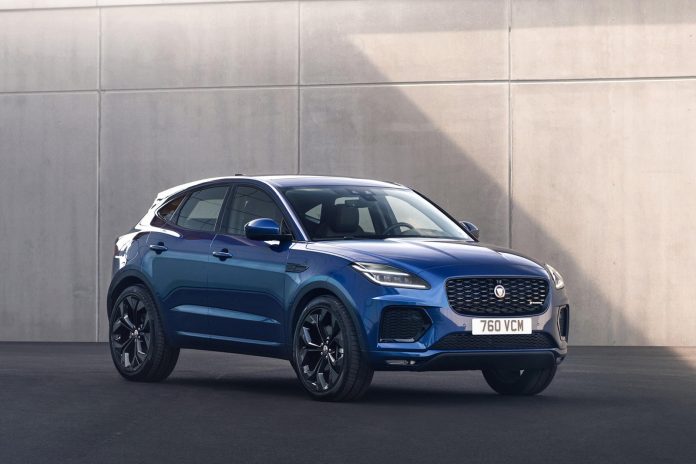 A Jaguar crossover SUV is a strange cat. What’s next? KISS releasing a country record?

But then, no one wants to see Gene Simmons in a cowboy hat singing about his pick-up truck. On the other hand, crossovers are the in-thing. They are becoming almost the only thing.

Even for a company like Jaguar, which was known for its cars – which it hardly makes anymore. Of the three models it still offers for 2022, two of them aren’t cars.

Despite the name, the E-Pace isn’t electric – at least, not as it comes. 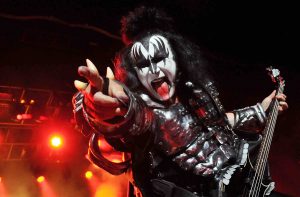 This compact-sized, two-row crossover SUV comes standard with what will probably be Jaguar’s last stand-alone internal combustion engine, the company having publicly said it will build only electric or at least partially electric (i.e., hybrid) vehicles by 2025.

The $40,995 to start P250 version is powered by a turbocharged 2.0 liter four cylinder engine paired with a nine speed automatic transmission and standard all-wheel-drive. A number of rivals in the class – such as the BMW X1 and the Mercedes Benz GLC300 are rear-drive as they come, with AWD available as an extra-cost option. 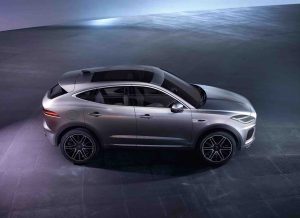 A top-of-the-line P300 – which stickers for $49,495 – is partially electrified. It also has the 2.0 liter turbo’d four under its hood but it’s paired with a mild hybrid system that keeps the internal combustion engine off as often as possible.

What you do get is more power – 296 horsepower vs. 246 for the non-hybrid’s stand-alone turbo’d four – without using more gas.

And the hybrid E-Pace emits less gas – carbon dioxide – by dint of keeping the gas-burning engine off as often as possible. This helps Jaguar remain in compliance with the regulations that are pushing gas-burning engines into oblivion. 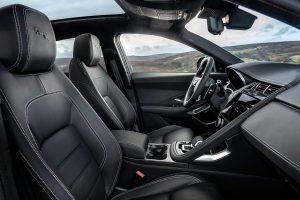 A surround-view camera has been added to the options list and all trims now come standard with a rearview camera.

Standard AWD – for thousands less than rivals like Mercedes charge for the rear-drive versions of models like the GLC300 ($43,200)

Just being a Jaguar helps this crossover stand out from the pack.

More than run-of-the-mill power/performance adds almost $10k to the price.

Rivals like the BMW X1 cost thousands less – even when equipped with their optional AWD ($37,900). 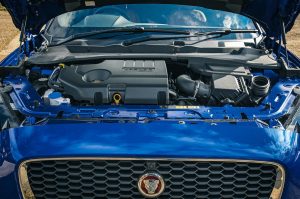 The base P250 trim comes standard with a 246 horsepower turbocharged four cylinder engine – paired with a nine speed automatic.

This is not much engine – for almost $41k to start. Much less for a Jaguar.

Especially in view of the engine you can get for just over $30k in essentially similar compact crossovers like the Mazda CX-30, which offers a slightly bigger 2.5 liter, 250 horsepower turbo’d four for $30,050.

Of course, they aren’t Jaguars. 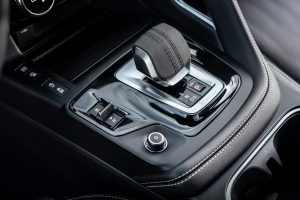 And this Jaguar isn’t the only $40k-plus luxury-badged compact crossover that hasn’t got much more standard engine in terms of size or horsepower than non-luxury-badged (but otherwise similar) crossovers. The Benz GLC300 is only packing 2.0 liters and 255 horsepower – for $43k. The $37k to start Lexus NX300 makes do with just 235 hp (again, out of 2.0 turbocharged liters). A $35k to start Audi Q3 gets you all of 184 horsepower – also out of 2.0 liters of four.

Gone are the silky inline sixes – and the spectacular/exclusive V12s – that once defined a Jaguar.  And which you expected to get when you paid Jaguar money. Of course – again – the same is equally true of all the other luxury brands, which have been reduced by the regulations to installing similarly small, comparatively underpowered fours in vehicles that, in better times, would have come standard with at least a six. 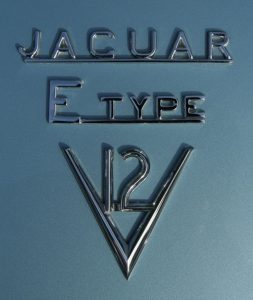 The good news – as such – is that more power is available, if you’re willing to pay a lot more to get it.

The P300 version of the E-Pace is boosted by a turbo and a mild hybrid tandem powertrain, which bumps the total output 296 horsepower without bumping the fuel consumption hardly at all. There is a negligible 1 MPG difference, city-highway, between this Jag’s two available powertrains.

There is also a significant difference in terms of acceleration. With the mild-hybrid boost, the P300 version of the E-Pace can get to 60 in about 6 seconds flat while the standard P250 version needs about 6.7 seconds to make the same run.

There is also another important difference – which helps to offset the price difference. It is that that the P300 gets a more able all-wheel-drive system, with torque-vectoring. That means the system is more than front to back, as most AWD systems are. It is also side to side, which enhances traction and handling. 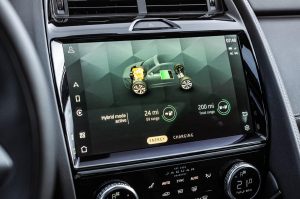 There is also a noteworthy similarity between the two versions of this Jaguar and a big difference – as regards the hybrid version of it – vs. many other hybrids.

Both the P250 and the P300 use a conventional (geared) nine-speed automatic transmission. Many hybridized vehicles use a continuously variable (CVT) automatic, which some buyers dislike on account of the CVT automatic’s sensation-free feel and (often) the noises they make under hard acceleration.

This Jaguar – either version – also has a fairly stout maximum tow rating (about 4,000 lbs.) for a compact-sized crossover. Many of these are rated to pull no more than 1,500-2,000 pounds. 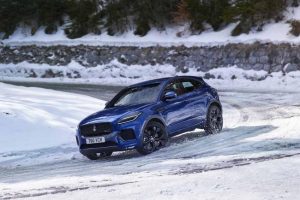 The government hasn’t regulated suspension tuning out of existence – or homogenized it – yet.

Thus, Jaguar is still able to impart some distinctiveness in handling feel. Jaguar says the E-Pace’s chassis shares engineering details with the F-Type coupe, Jaguar’s last car. That one is also a rear-drive car, as Jaguars (and most high-end cars) always used to be. The reason being to put distance between them and the front-wheel-drive masses both in terms of the thing itself and also because the rear-drive layout almost always feels better, because it is better balanced.

Instead of the weight of the drivetrain being mostly over the front wheels, it is spread out over the length of the vehicle. This usually results in more neutral handling, less oversteer at lower speeds (in the curves) and a more pleasant-feeling inclination to oversteer (tail out) at high speed in the curves. 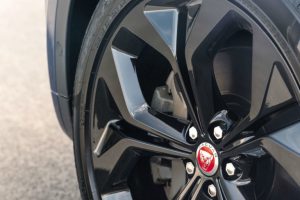 And in a rear-drive car, the wheels that steer do not also have to propel.

But the front-drive layout is more compact – and that is an important consideration when designing a compact-sized vehicle. It also serves to increase traction by having more weight over the primary drive wheels and because it is better to pull than to push when it comes to getting going in snow.

Still, this is a Jaguar – and it ought to feel like one. 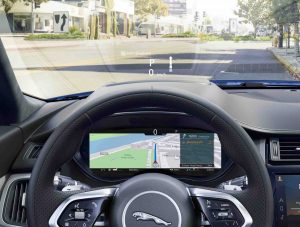 And does. Just higher up. The steering is nicely weighted for road feel and accuracy; the suspension has give without too much roll – and the tested P300 with the torque-vectoring AWD system felt as neutral in the curves as if it were rear-drive-based. Any tendency to track toward the inside of the corner while cornering is automatically corrected for by the imperceptible application of more or less engine power to the appropriate side (inner or outer wheels) although this does also tamp down the accessibility of tail-out oversteer, which will be missed by the few heretics who still practice such dark arts.

Still, the thing does a fine job of handling – and feeling – like a Jaguar.  It’s just a shame about the engine, which isn’t bad as such. It’s just not very Jaguar, for those who remember what Jaguars used to sound like.

And there is also the intangible but still quantifiable disappointment of having a Jaguar that has – essentially – the same engine that practically every other crossover also has. One of the great satisfactions of owning a Jaguar – of owning a uniquely Jaguar six or twelve – has been lost.

It’s not Jaguar’s fault. But Jaguar is something less, just the same. 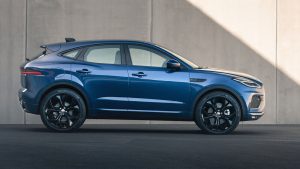 A crossover’s basic shape is dictated by what a crossover is – which is why so many crossovers look so much the same. It is hard to change the purpose without changing the shape – which then changes the purpose. Then you have a vehicle that’s not what people shopping for crossovers want, which is lots of space and room on the inside.

This dictates the form, outside. 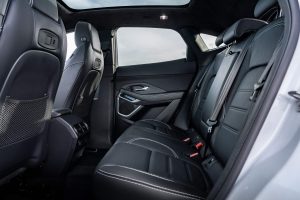 But people who want a Jaguar probably don’t want just another crossover that happens to have a Jaguar badge. And price.

But there is only so much that can be done. There is a recognizably Jaguar-shaped grill, with the Jaguar door-knocker in the center and at the rear there are a pair of F-Type-like brake lights. But from the side, it’s much the same – because it pretty much has to be, in order to be what it is.

Which is a compact crossover – with much more room inside relative to its footprint (just 173 inches end to end) than a car with a much larger footprint. This smallest Jaguar has 22.4 cubic feet of storage space behind the rear seats – which is vastly more storage space than you’ll find inside the trunk of any full-sized car – and just shy of 50 cubic feet with the second row folded. 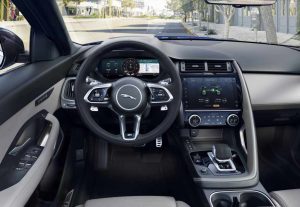 There is also generous space for legs – in both rows. Up front. 40.6 inches and in back, almost as much (39.3 inches). All of which makes this Jaguar crossover vastly more practical than any car Jaguar still makes.

Inside the E-Pace, the look is more Jaguar. There’s the leaper in the horn button and some nicely fluid styling embellishments, including an offset center console reverse L grab handle and a fist-sized gear selector similar to the one in the F-Type coupe. An interesting departure from the typical is the soft LED climate control display – kind of a frosted glass look – just below the main LCD gauge cluster. There are also still rotary knob controls to make adjustments, too. 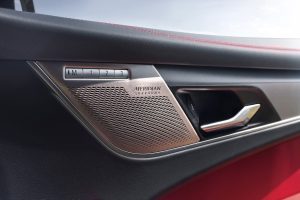 All trims – including the base P250 get leather (real leather) seating and Jaguar’s excellent Meridian audio system, comparable to the Burmester system used by Mercedes but – in this writer’s opinion – superior. Regardless, one of the things modern luxury-brand vehicles still have that the generic brands don’t (yet) is concert-quality audio systems. The generics often have very good systems – but to appreciate the distinction, you need to listen to a system such as the Meridian (or Burmester) system.

Oddly – for a luxury-brand crossover – a power rear liftgate is not standard. Ditto memory for the driver’s seat settings. That – and a fully digital main gauge cluster – are available, if you spring for the P250 SE, which stickers for $45,995.

The P300 – in addition to the stronger drivetrain and the torque-vectoring AWD upgrade – also comes with 20 inch wheels (18s are otherwise standard), adaptive suspension dampers and a heads-up (HUD) display. 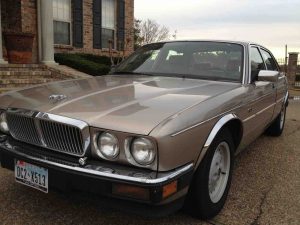 Can Jaguar be Jaguar in an electrified future? What would the difference be?  Especially as regards electrified crossovers, which already look more or less the same. What will sell them when they are more or less the same, functionally? An electric motor is an electric motor. There’s not much difference  – beyond output (and range) – one vs. another. All the character is gone.

And without that, what is a Jaguar?

This may be your last chance to buy a Jaguar that isn’t an electrified cat. And it may be one of the last Jaguars, period.

Also, we do accept Crypto. If you’d like to donate that way, please email EPeters952[email protected] for details.