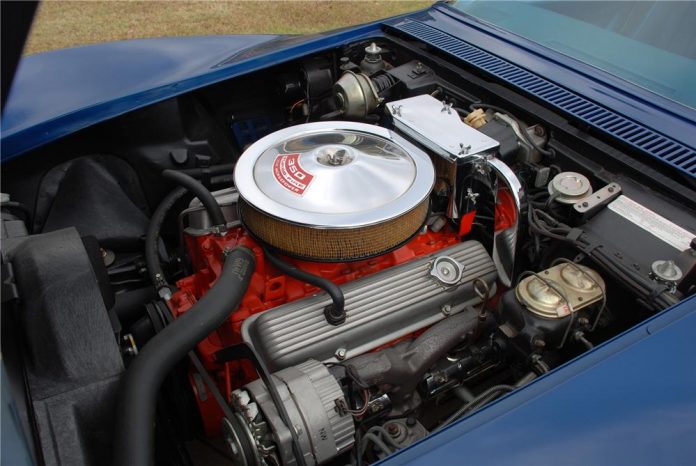 You don’t see a lot of things in new cars that were once common to almost all cars. It can be fun to remember – and if you don’t, to hear about the way it used to be. In no particular order of preference, then:

Most cars today have square ones that install in an air box – literally. The lid usually held on by snap-clips or plastic screws. The box is usually offset to the side of the engine – and almost always generically ugly. Boxes – and flat air filters – became common as fuel delivery systems transitioned from mechanical mixation (carburetors) to electronic fuel injection. Some of these boxes have electronics, too. Airflow sensors and such. They are hard to get emotionally excited about – beyond cursing how hard it can be to get the snap-on lid snapped back on again. 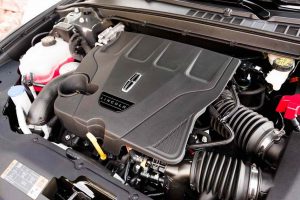 Round (and made of metal) air cleaner assemblies sat on top of the engine, which is aesthetically more coherent. Even more so when the lid was chrome-plated and there were attractive and suggestive cross-flagged stickers and engine displacement callouts on them. They were held in place by a single wing-nut that threaded onto a stud that screwed into the carburetor’s base – right down its throat.

Sometimes, the air cleaner was open – with the lid just covering the top – so as to let the engine breath. If the factory didn’t make it that way, you could – by flipping the lid upside down.

Just loosen the one wing-nut and let the secondaries roar! Speaking of that . . .

In new fuel-injected cars, when the driver floors the accelerator pedal, an electronic signal is sent to the computer, which instructs the electronic fuel injectors to spritz more pressurized gas into the cylinders. In a pre-EFI car with a carb, the gas pedal connects to a box made of aluminum or similar filled with raw, liquid gasoline.

When the pedal is depressed, it causes one set of metal flaps within the carburetor to open a bit, which draws in more gas – and air – via the negative pressure created by the running engine, which almost literally breathes in the fuel and air. When the pedal is floored, the secondary flaps open – which opens the engine to the atmosphere creating a kind of vacuum cleaner effect and a sound that no fuel-injected engine can make.

Especially if you’ve flipped over the air cleaner lid.

It’s been about 30 years now since anti-lock brakes (ABS) became standard equipment in most cars – and braking began to become a lost art. In ABS-equipped cars, the driver just pushes the brake pedal all the way to the floor – and the ABS brakes the car. The wheels won’t stop rotating altogether – preventing the tires from leaving black marks all over the road and the car from skidding in whatever direction it was headed. 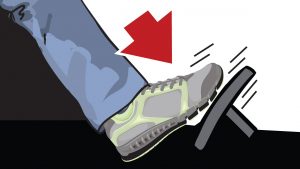 This is regarded as a “safety” advance. Which can be seen in the same light as wearing diapers so as not o worry about needing to make it to the bathroom in time.

When brakes could be locked, it was possible to perform a controlled skid. You see this still in movies – in which the ABS has been disabled. And you could stop better (faster) on ice – if you knew how to brake. ABS doesn’t – and just keeps you rolling…

It was once the case that if you could make it fit, you could probably make it work. The engine from that car could be installed in this car – or rather, would work in this car, provided it all bolted up. This was both fun as well as practical. Fun, to see what you could make work – a classic example being the installation of a big block V8 (for the young who missed out on this, a “big block” was a very large displacement engine that was also physically larger than a small block V8; e.g., a 454 Chevy big block as opposed to a 350 small block) in a very small car, such as a Vega. 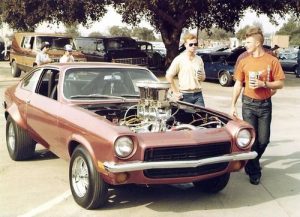 The result may not have been “safe” – but it was a helluva lot of fun!

As far as practical: If you had a car that had a bad engine or a croaked transmission you could replace either with any of several similar, not necessarily the same – from different years and even different models than your particular car. Such interchangeability was easy – or at least, doable – because in those days, the parts weren’t electronically connected to a computer and specific to that particular car.

Before there were such things as anti-lock brakes and traction control, it was expected that drivers control their cars. That safety was a function of paying attention – and skill. Interestingly, this resulted in better – safer – drivers, for the most part. Because most people hesitated to tailgate when they knew they could not stop in time, if the car ahead did – and they would skid right into it (or off the road). They learned to handle driving in snow – because if not, they could not.

Backing up over kids was uncommon – in the first place, because people could see what was behind them, the government not yet having endowed cars with raised-gorilla-in-rut behinds that are difficult to see behind – and in the second because it was expected that a driver look before reversing.

Today they wait for a beep to tell them to brake.

The Road Warrior Didn’t Have OnStar