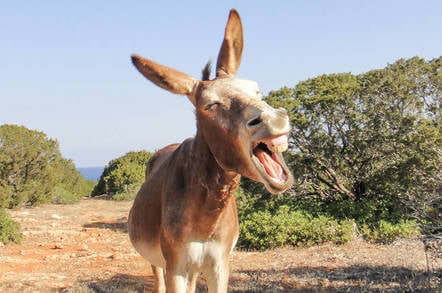 It looks like the standard-bearer of the Woke Authoritarian Left (WAL) will not be anointed as Virginia’s next governor. Of course, this may change as new “ballots” are discovered – but for the moment, a respite.

Not because the other guy (apparently) won. Rather, because it appears that WAL suffered a significant repudiation. Even in Northern Virginia, where the WAL appeared to be in full control – of everything.

And got too publicly cocky about it.

The Clinton’s buck-toothed  donkey lost – again, apparently – not because a sufficiency of voters were enthused about Glenn Youngkin, a Republican cut from the same cloth as Mitt Romney. Rather, the Clinton’s donkey lost because he brayed too loudly, too openly about such things as parents of kids in government schools needing to shut up, sit down and let the WAL put boys who dress like girls freely enter the actually girls’ bathrooms and lecture kids of both sexes who happen to be white that they are intrinsically oppressive to “people of color. “ 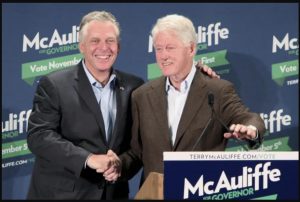 The backlash has elected – apparently – the first female (a real one) person of color to the office of attorney general – and sent the Clinton donkey braying uproariously its wounded outrage.

Youngkin is not likely to restore the Bill of Rights in Virginia. But that misses the point of this election.

WAL lost – in a state presumed to be its fief-perpetual. WAL may have lost another state – New Jersey (as this is written early post-election day, the NJ race is too close to call) which is a loss for the WAL even if the WAL’s candidate – the sitting governor – clings to his office.

The tide is turning.

The country resonates with chants of Let’s Go Brandon! It is driving the WAL batty because it is a barometer of that changing tide. The WAL has been using the strategy pioneered by the WAL’s founder – Vladimir Lenin. He knew you win by presuming you are the majority, which you achieve by belittling and demoralizing the actual majority.

He literally seized the name – majority – for his minority cabal of original gangster Woke Authoritarian Leftists, styling them bolsheviks, which in the Russian language means . . . majority. Which conferred upon his radical minority a false legitimacy. The Bolsheviks – as their party became known – seized control as the representatives of “the people.” In fact, they represented a tiny minority of the populace. Indeed, many of them weren’t even Russians – as the imprisoned Russian dissident Alexander Solzhenitsyn would note in his Gulag Archipelago.

Today’s WAL has been using the same technique – with great effect because its membership controls what is styled the “mainstream” media, which includes social media such as Facebook and Twitter. Which the WAL has used to create a false impression of majority-hood.

By suppressing the majority. 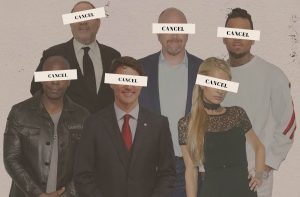 Those who offend the WAL’s sensitivities are disappeared – not by goon squads hauling people off into the night but via the less overt method of cancelling them. Their mouths are electronically muzzled (an interesting parallel there with the Face Diapers also pushed by the WAL) and their persons isolated thereby, causing them to believe they are at odds with the . . . majority. This stifling effect ripples through the general population, making the majority feel themselves a displaced minority, obsolete and in the way.

Salt into the mix some opprobrium – make the majority feel ashamed of their contrarian points-of-view; impute to them “racism” and  “sexism” and general small-mindedness.

It worked – superficially – for quite some time. 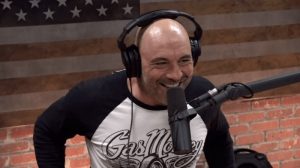 But at the same time, a percolating resentment waxed. The majority began to re-connect by forming new connections. Many examples of this trend can be adduced but one will suffice to make the point. A single guy sitting behind a $150 neon sign with a $200 Go Pro video-recording his interviews has acquired more viewers than CNN. That guy being Joe Rogan.

Like Youngkin, it misses the point to say Rogan’s not “conservative” or “libertarian.” The point is he’s not WAL.

In spite of formidable odds – the total weight of the WAL machine (and money) was hurled into Virginia – the WAL lost (apparently). In spite of all the advantages of a multi-million-dollar network, one man with a Go Pro and neon sign has managed to out-media CNN.

Most people may not be libertarian – yet! – but they are not Woke. And the more the WAL’s tyranny of the minority is rejected, the more the majority inches toward the libertarian point-of-view. This evolution is inevitable for just that reason. As people reason it out, they begin to see.