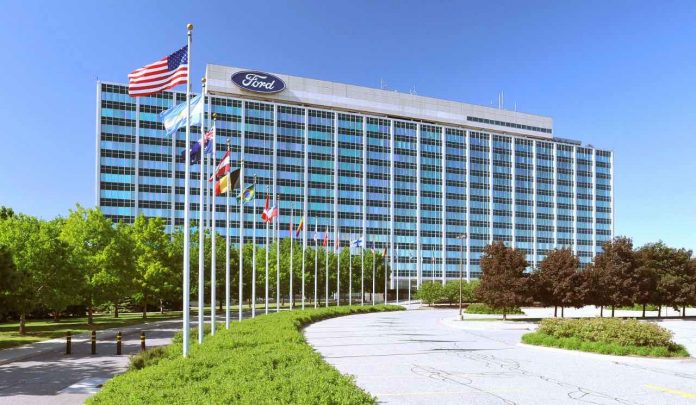 When did “the health and safety” – italics for the latter – become the  “top priority” of a major American car company?

Why, just yesterday – when Ford Motor Company became a kind of hospital ward that incidentally builds cars. Management has decreed that all of its 30,000 salaried employees must now take their meds else be fired, the honest way of saying what Ford said.

Which was “suspended without pay.”

Which is etymologically like being a “customer” of the DMV’s. 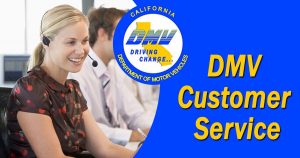 This business of businesses believing it is their business to involve themselves in the health of people who do business with them is a very odd thing. It is like having your blood pressure checked at the shoe store.

But it is not a new thing.

Many businesses have long maintained it is within their purview to require employees not to smoke – even when not at work. The employee is screened – via pee tests – for signs of tobacco usage and if discovered, subject to  . . . “suspension without pay.”

The pee tests themselves are a commonplace thing in the American workplace – as opposed to American halfway houses, as they once were in what was once America. And they are based on the same fundamental thing as well as another, far worse thing. 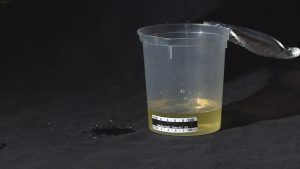 The employee must in the first place establish his innocence without cause to suspect he is guilty of anything. Bad enough. But it doesn’t even matter that the thing he might be “guilty” of doing is entirely legal (e.g., smoking) and for that matter none of the businesses’ rightful business  . . . particularly if not done at work and without any affect upon the worker’s performance at work.

What’s next? Will businesses claim that they have the right to know which books you read? Whether you have guns at home?

But it wasn’t seen by Americans who accepted having to pee in a cup as a condition of being allowed to work. And now, here we are. It is no longer sufficient to be hired because you have the capability to do the job – and to be retained because you do your job.

Your job is now the means by which a job is done – to you.

Your “health” – as the company defines it – is now the “top priority.”

Note that it does not matter whether you are in, fact, healthy. It never mattered with regard to the wearing of “masks,” either.

Because the wearing – and the Jabbing – is not about health.

Ford – and it is not only Ford – is not measuring waistlines nor calculating the BMI of employees.

No corporation demanding that employees roll up their sleeves (or wear the “masks) is much interested in the rolls around the middles of some employees.

At least, not yet.

For now, all that matters – as regards the “health” of under-duress employees – is that they submit. Once they have, the definition of “health” can be – will be – expanded.

It will not, however, encompass actual health – or healthy “practices.”

Fitness isn’t a qualifying exemption – notwithstanding that being fit (no rolls) is an exemption, as regards this and most other catching sicknesses. If you take care of yourself, you are not likely to need care. Much less the Jab. Very few healthy/fit people who’ve caught this sickness fail to recover from it.

Almost no young people even get it. 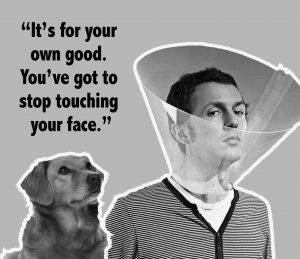 This is – as it is styled – the science. As opposed to the political science.

And yet, not a word – much less a mandate – regarding actually healthy “practices.” It ought to raise questions.

If Ford – if any of these businesses – really gave a tinker’s damn about the “health”of their employees, then healthy employees would be rewarded rather than strong-armed to put their health at risk – pressured to accept the certainty of “adverse affects” upon their bodily sovereignty.

The death of their dignity.

For it is degrading to be made to roll up one’s sleeve. To know they can make you – and that they did.

A reasonable approach – or at least, one with some justification as regards health – would be to encourage (but not threaten) unhealthy people to consider doing something to become healthier – like lose the rolls. 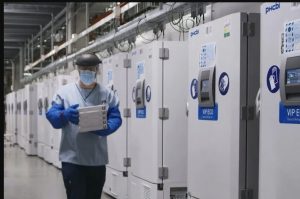 But then, it is not “health” that is the “top priority” of Ford – or any other company pushing these drugs on employees.

Italics, to make the point.

For it will not be just this drug. It will be whatever drugs – and whatever else – they say.

Else be “suspended without pay.”

It is as much about “health” as the FICA tax is a “contribution.”

Both are, however, fundamentally the same thing.

It is not about how you are expected to do the job you’re being paid to do. They mean to tell you how to live. How you will be allowed to live. 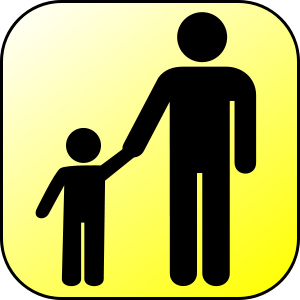 We are better off planning for our own retirement – and would be better prepared for it if we still had the 15 percent taken as FICA “contributions” in our hands, saved and invested – rather than the government’s hands in our pockets and nothing left to show for it but a ragged IOU. Which isn’t even that (your Social Security being a dole, not a right).

Just as healthy people are much better off taking care of their health than rolling up their sleeves to be injected with unhealthy drugs.

That is merely the excuse, the superficially plausible (to fools) mechanism to establish who owns the employee. And what metric of ownership is more defining than being in a position to control the body – what goes into the body – of the employee?

The object of the Jab isn’t the Jab, per se. It is to set the precedent. To establish that employees are the chattel of employer overlords. Who will next degree mandatory doctor visits and obedience to doctor’s orders.

You will take this pill. That shot. Any shot – any pill – the doctor (who is the agent of the pharmaceutical estate that controls the state) so decrees, enforced by threats of “suspension without pay.”

To establish the new order of things.

It is as inevitable – if this is submitted to – as water finding its level.

Which is why it ought not to be submitted to. For it is much more than just your job that is being used to Jab you.

They mean to own you. Body – and thus, soul.

If we sign over the pink slip to them.