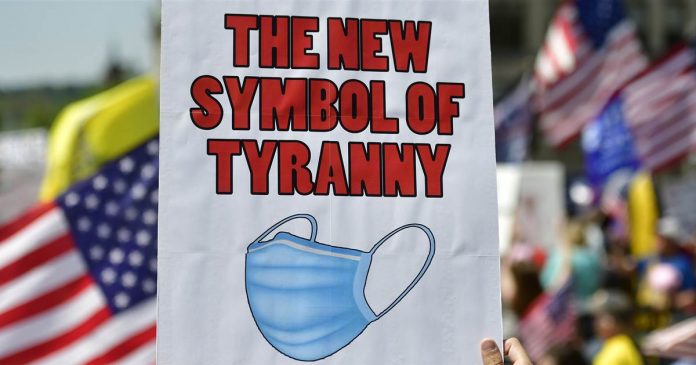 People ask – what can they do?

It seems everywhere you go, Diapering is demanded as the price of being permitted to live. You are told you may not enter a grocery store to buy food – much less a restaurant to eat (though you are permitted to remove the Diaper once seated because this is submission theater, not a public health measure).

In some areas, people are pressured to Diaper everywhere, even outside. The purpose of this is severalfold.

First, obviously, to maintain a state of hysteria in the absence of any reason for it. Life would be largely going back to normal by now if the populace weren’t being terrorized by ululations about the “cases” – without any context, such as the Infection Fatality rate, which is about the same as that for ordinary flu (see the facts; chart is below). Almost all of the Undiapered aren’t dying – mostly because they’re still capable of walking  . . .without a walker.

The average age of those felled is nearly 80; the typical age is even higher. And it’s not merely age but infirmity. The thing really felling most of those oldsters is  . . . oldness. That is to say, natural causes. There is a reason why people are in nursing homes. Most of these people aren’t in general circulation to begin with – and they shouldn’t be, for the same reason that people who can’t swim should avoid the pool.

Instead, those who can swim are told – in effect – that they must not go near the pool. Pools must be treated as great dangers to all – and those who insist on going for a swim are a menace to those who cannot.

But the lie that everyone can’t swim must be maintained – by forcing all to Diaper.

This, in turn, creates a state of general demoralization. It is demoralizing to see everyone Diapered – what you can see of them, that is. Not their faces – not their smiles, which have been banished along with practically everything else. A Diapered face is an NPC face. The  acronym is a video-game reference. A Non Playable Character. That is, something without any free will, a construct that acts according to its programming.

The idea is to create the image of everyone acting according to the programming.

Diapering also demoralizes the Diapered, who is made to feel like a suppurating leper by being made to assume the costume of one. And, if he is opposed to this business, to impose upon him a physical manifestation of compliance with something he considers false and even despicable.

No divergence from the True Faith will be permitted. 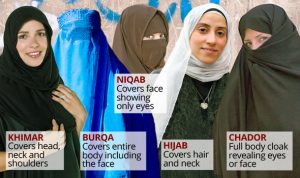 Americans who disagree – even with the facts on their side – cannot be allowed to be seen to do so as it might give other Americans the same idea. Universal Diapering is meant to convey universal agreement.

It is also meant to make sure the self-Diapered don’t feel – because they look – ridiculous. By making everyone look ridiculous. How do you tell the mental patients in a nuthouse apart from the staff?

By what they wear.

Well, I won’t wear the accoutrements of the insane. No Face Diaper. Even in the face of universal Diapering decrees.

This is a hard thing – but it starts with one man. Or a few men. Men – and women – willing to risk jail, even –  for a right reason. To take a stand and to encourage others to take a stand. To show them that not everyone agrees. 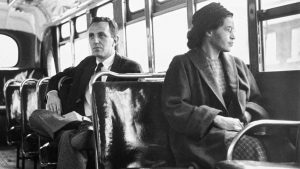 I am willing. Not because I’m a hero but because I cannot abide this. It is just too much. And it must be stopped while it is still possible to stop it.

I stopped going near airports after the imposition of Security Theater some 20 years ago and encouraged everyone I could reach with my voice and keyboard to do the same. All it would have taken to put an end to the mortifying business of having to just stand there while a government creep fondled your crotch – your daughter’s crotch, your grandmother’s crotch – and all the rest of the despicable conditioning would have been to not abide it.

We have the same power today, if only enough of us are willing to exercise it.

It starts with me. Perhaps with you, too.

No, I will not Diaper. For the same righteous reason that a black woman once refused to give up her seat. Because it is wrong. 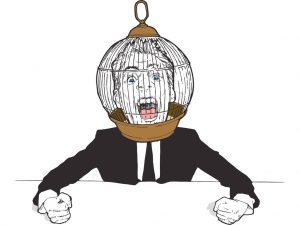 Because I am not sick.

Well, neither am I.

Probably, neither are you. If you aren’t sick, refuse to be treated as if you were by people who are literally deranged. Their fear is real, but it doesn’t mean it’s rational and it certainly doesn’t give them the right to impose their illness on the healthy.

So, go ahead. Call the police. If it is now a crime for a healthy person to simply go shopping – or to be out for a walk – without assuming the uniform of the pathological – then being a criminal is to be in the right.

Just as that one brave woman on the bus was, half a century ago.

She had the guts to take a stand – perhaps because she had finally had enough.

I hope you have, too.

A Talent for Deception