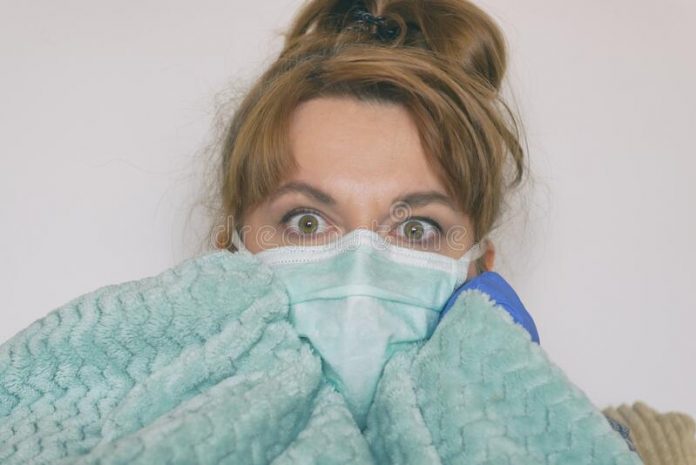 I just got pressured to Diaper by one of the barristas at the coffee shop where I go almost every day to  . . . get coffee and peck at my keyboard. I have been going there for years. They know me and – so far – haven’t hassled me over not Diapering.

I was asked “what it would take” to get me to put on the Diaper. I didn’t say I wasn’t sick and so had no reason to put on a Diaper. Reason isn’t on the table anymore.

Instead, I recited the ADA Mantra – which is the federal law exempting anyone with a medical condition from having to wear a Diaper. This exemption is posted – fine print – in all the “orders” issued by the Gesundheitsfuhrers.

The Americans With Disabilities Act (ADA) prohibits discrimination on the basis of medical condition or handicap – while another federal law (HIPPA) prohibits businesses from demanding you state your condition or provide any medical records to substantiate it.

What comes around goes around, sweetness.

The barrista – someone I’ve known on a friendly basis for years – got noticeably angry, despite my being noticeably not sick. But it apparently annoyed him immensely that I wouldn’t join the cult – which is what this is really all about.

The cult of fear and obedience.

A rational person – a fair-minded person – would admit that forcing a not-sick person to put on a Face Diaper has nothing to do with health. How could it? You can’t give germs you haven’t got. As for the getting of them, what rational person is worried about that? Germs are part of life – unless you intend to spend your life in a bubble wearing a biohazard suite and even then, you still might and probably will get them. And get a cold. Maybe even be in bed a few days. The important question is – will you get dead?

Not unless you’re already almost. Teetering on the edge of six-feet-under because of things other than germs. The germs being almost incidental – and irrelevant to the rest of us.

But no one seems interested in that, preferring to marinate themselves and others in their sickness sickness.

The Diapered, besides, ought to be unworried about you being sick since their Diaper prevents them from getting sick.

But, as I say, this is not about sickness.

It is about conformity. There must be no scene of dissent. The creatures who are PTSD’ing the populace – the cases! the cases! – must maintain the appearance of terror in order to continue terrorizing the population.

Walking around without a Diaper is like walking around in 1930s Germany without another kind of uniform. You stand out – which makes those who stand in feel like the pathetic sickness-heiling sheep they know in their hearts they are.

And they resent you for not  sickness-heiling.

That is the other reason for the Diapering Push. The people who are economically pressured to Diaper – their employers require it – feel frustrated when they see anyone who doesn’t have to Diaper. 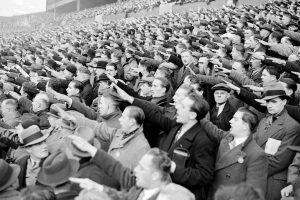 Of course they don’t have to Diaper, either. They could quit – and they could sue (the ADA applies to employees as it does to customers). But both are harder to do than simply not doing it because you don’t work for one of these adjuncts of the government – coffee shops, restaurants and stores, etc.

Which, I think, infuriates them all the more. They are pressured to Diaper – so damn it, you should have to, too.

And that’s sicker than a barrel of WuFlu.

It’s like the general opprobrium heaped upon the “tax cheat.” Instead of cheering when someone manages to avoid being mulcted, they clamor for his crucifixion. Because they are nailed to the cross, everyone else must suffer the same fate. 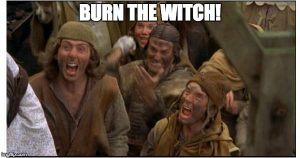 This is the major motive force now impelling the Diapering.The government, per se, cannot realistically enforce Diapering. But government’s adjuncts can, by making it “policy” rather than a legal proscription.

But – thankfully – there is the ADA and it’s got teeth.

They may indeed change the law such that businesses can deny entry/service to the Undiapered but as it stands, doing so is an actionable violation of federal law, with serious civil fines applicable.

Use it as you would an AK-47 you found on the battlefield – because we are at war. It is a war against health in the name of a sickness.

But it is much more than that, too. It is a war against human decency and normal human interaction. A war designed to make us all into pathetic NPC characters in a sick game controlled by people whose loathsomeness defies articulation. 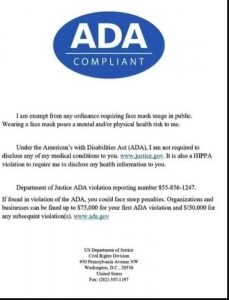 They know the critical importance of creating and maintaining the visual that “we’re all in this together” – by getting every human being to don the Diaper and thereby surrender everything that once made him a human being.

It will take not caring about the feelings of the Diapered; it will take using the law against the Diaperers. It may even take physical resistance. The willingness to take a stand.

Whatever it takes is precisely what’s necessary.

The whole thing hangs on this balance.

Addendum (7/15/20): I went to the same coffee shop today and got my coffee without incident. No Diaper Tantrum.

Stand up to these people. Or else they will stand on you.