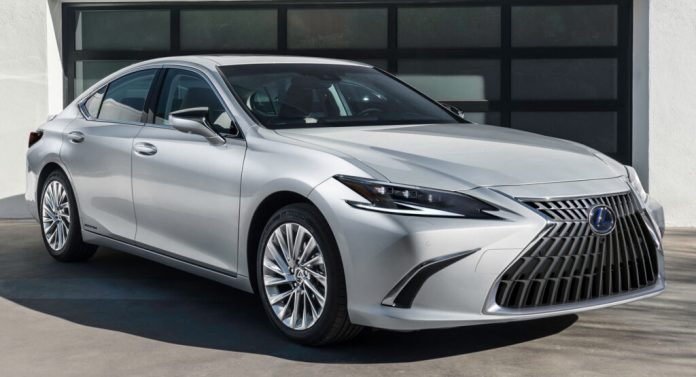 There aren’t many luxury sedans on the market anymore. There are lots of luxury-sport sedans.

It’s not a small difference.

Luxury-sport sedans have the amenities – and the prestige. They also tend to have firmer-riding suspensions and seats. How else to be . . . sporty?

One of the few that doesn’t try to be – and for that reason is more luxurious – is the Lexus ES350 sedan.

The ES350 is a medium-large luxury sedan that focuses, laser-like, on comfort. One metric of which is roominess. Which the ES has slightly more of than Lexus’ top-of-the-line luxury-sport sedan, the $76,000 to start LS500. 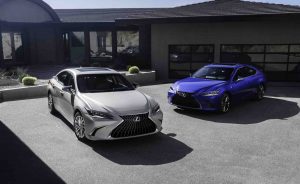 It’s also the last Lexus sedan that still comes standard with a V6 . . . other than the LS.

The 2022 ES350 features revised exterior styling and a number of functional upgrades, including standard auto-leveling LED headlights, revised rear suspension tuning that Lexus says makes the ES ride even more comfortably – plus a repositioned closer-to-the-driver LCD touchscreen and Left Turn Intersection Assist, an evolution of the Lane Keep Assist systems already found in many new cars. This one looks out – electronically – for other cars in your intended travel path and applies countermeasures such as braking/steering correction if needed to avoid a collision. 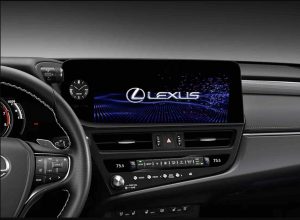 One of the most comfortable – luxurious – new cars available.

The ES350’s standard V6 is itself becoming a luxury.

A wireless charger for your phone is available but not standard.

Some desirable options require stepping up to the more expensive Luxury ($46,200) and Ultra Luxury ($49,800) trims to have access to, including the foot-swipe trunk opener

The ES350 isn’t just one of the few luxury sedans you can still buy new, it is also one of the few new sedans – period – that still comes standard with a V6 rather than a turbocharged four. 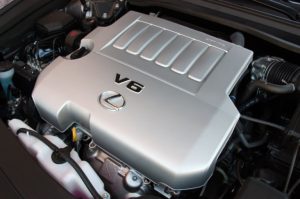 It displaces 3.5 liters and produces 302 horsepower – which for reference is nearly twice the size of the much smaller – and much less powerful – 2.0 liter fours that come standard in  luxury-sport sedans like the BMW 5 Series (248 hp)  and Mercedes E350 (255 hp).

An eight speed automatic is standard as is front-wheel-drive but you have the option to go all-wheel-drive, if you’d like more poor weather grip.

Even without it, the FWD Lexus has better poor weather grip than the RWD versions of luxury-sport sedans like the BMW 5 and Mercedes E, since it is better to pull than push (and to have the weight of the drivetrain over the drive wheels) when the road is slick. 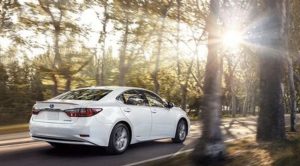 Benz and BMW buyers who want more grip have more need of AWD, which inflames the already high cost of those cars to even higher – $56,500 and $56,750 respectively – which is about $10k more than Lexus asks for an AWD-equipped ES with a standard V6.

Now, it is true that these luxury-sport sedans are . . . sportier. They get to 60 a bit more quickly – just over 5 seconds vs. just over 6 for the Lexus – but not because they’re stronger. They are geared more aggressively, being  . . . sporty. The Lexus would probably be quicker if it had a final drive ratio more aggressive than 2.56 but then, it is not trying to be sporty.

The V6 delivers the luxury of quiet, easy pull – without the sporty power delivery of a little engine being breathed on.

In real-world driving, the Lexus widens the gap – because its V6 doesn’t need the supplementation of boost to deliver the advertised performance. The little fours do. Under boost, they use more gas. And you’ll find you need to boost them regularly, if you want these cars to respond sportily. 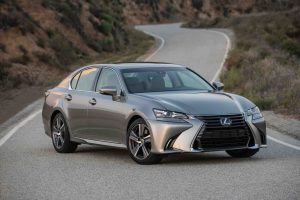 Interestingly, bigger engines used to be synonymous with luxury.

There was a time – it wasn’t that long ago – when it was expected that spending $50k-plus would buy you at least a V6, if not a V8. It is a measure of our times that almost every $50k-plus car that’s available for 2022 comes standard with a four, the same size engine found in economy cars.

They have been given mouth-to-mouth (so to speak) with turbo boost, to get them to make more power than the four cylinder engines used in most – but not all – economy cars. But even if they made as much power as the six cylinder engines that were once expected in a $50k-plus car (or for that matter, a $40k car) there is still something disappointing about knowing your fancy luxury-sport car has an engine no bigger – and not much more potent – than the engines in many economy cars. 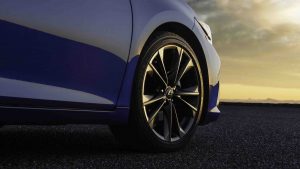 The ES350 doesn’t make you feel disappointment. There is pride in knowing you have a six – and they have fours. Even more so when you reflect upon the happy fact that you paid $14k less for yours.

There is also something to be said for sound.

It isn’t that four cylinder engines sound bad. Some sound very good – in sports cars, for instance – where high-pitched, high-revving sound are appropriate. But such sounds are as mismatched in a large sedan as a hunting rifle chambered for BBs. This is tacitly conceded by the makers of these large sedans equipped with fours, via sound augmentation technology. More fitting sounds are electronically piped into the car’s cabin, to make it sound as though there is something more than a four under the hood.

Of course, power – and acceleration – aren’t everything. At least, not in a luxury sedan.

This is the specialty de’ la maison of the ES350. The thing it does best – because it is most focused on doing it while the others focus on trying to be comfortable and sporty, which is like trying to be cold and hot at the same time. 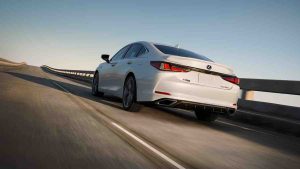 Usually, you end up warm.

The ES makes the drive more  . . . comfortable. The easy, unhurried power delivery of the big V6. The cushioning of the seats, which also don’t cinch your shoulder inward with “sporty” bolsters. This is a car that recalls what luxury cars were all about before almost all of them decided they had to try to be sporty, too. 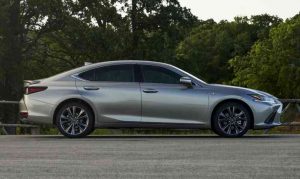 Another metric of luxury is – was – spaciousness.

Up front, 42.4 inches of legroom for the driver and front seat passenger. In back, just shy of 40 inches for the rearseat occupants – which is about three inches more than in luxury-sport sedans like the Mercedes E350 (36.2 inches) and BMW 5 (37.5 inches). As mentioned above, the ES has slightly more backseat legroom than Lexus’ full-size luxury-sport sedan, the LS500 which has 38.9 inches vs. 39.2 in the more luxurious – in this respect, at least – Lexus flagship. 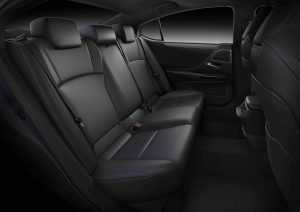 Inside, you’ll find a revised dash layout intended to make this already very pleasant-to-drive car even more so, via a closer-to-the-driver LCD touchscreen that lets the driver access functions by touch as well as the console-mounted controller. The previous system was not a touchscreen, which was one of the few things one could criticize about the ES350’s ergonomics. 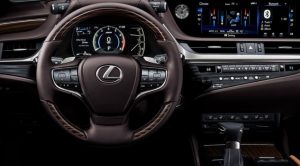 The optional quilted leather (real leather – not faux something-or-other trying to look but which will never feel quite as good as real leather) seats are also worth the spend.

Lexus does offer a four cylinder-powered version of the ES – the ES250. This one comes standard with the all-wheel-drive system that is extra cost with the V6-equipped ES350.

There is also a hybrid version of the ES – the ES300h. This one stickers for $41,900 and comes only with FWD. But it does come with an EPA mileage sticker of 43 city and 44 highway.

You can also buy F Sport versions of every ES – but it’s mostly meant to make the ES look sportier. Models so equipped get some body embellishments, larger wheels and some interior themes to spice up the appearance, such as Hadori aluminum-trimmed pedals and an instrument cluster similar to the one on the Lexus LFA supercar. They also get an auto-adjusting suspension with driver-selectable “sport” modes. 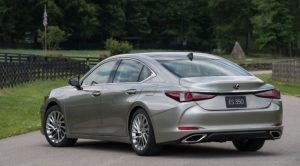 But don’t worry, it’s no less luxurious for it.

The one thing you don’t get in any ES is a big trunk – just 13.9 cubic feet small – which is the one objective detraction from this otherwise faultlessly luxurious sedan. It’s a deficit made worse by the fixed rear seat backs, which you can’t fold down to open up more space as you can in many other sedans.

In no small way, the ES350 is the last of the Mohicans.

If it had a bigger trunk, it’d be just about perfect.