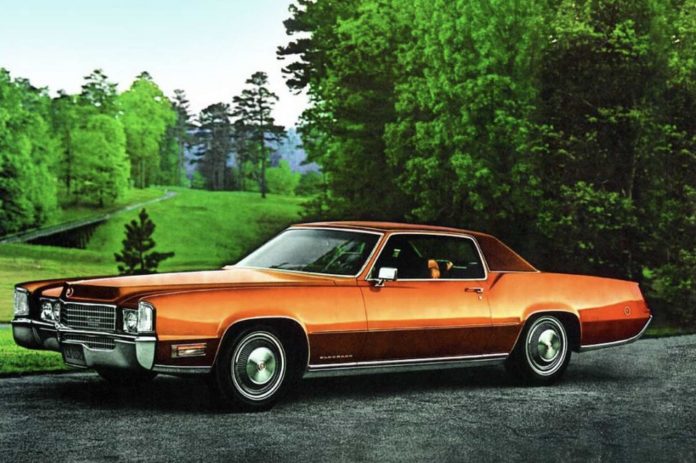 As the dreary trend toward the Universal Transportation Appliance – the crossover SUV, soon to be rendered even more drearily homogenous via electrification – waxes, it might be worthwhile to look at what wanes  – in the rearview – and recall some of the heterogenous cars that were once available.

Try to visualize a sedan with all four windows lowered and nothing in the resulting space. And with them raised, just a sheet of expansive glass, through which one could see the world outside – including other cars and such, so as to avoid running into them (and them into you). 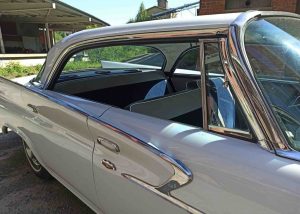 It’s not a fantasy, not a one-off show-car custom. Such cars used to be commonplace in American new car showrooms – and on American roads. They were effectively/functionally sideways convertibles, with comparable airflow when all four windows were down (hence the term, “450 AC” – which meant air conditioning provided for free  . . . via all four windows down and 50 MPH).

A few of these cars were also roofless – convertibles – if you can imagine that.

What’s wrong with that?

The pillarless hardtop (or convertible) could not comply with government regulations – specifically, roof crush standards, which came into force beginning in the ‘70s. It is why there were no more pillarless hardtops – or convertibles – by the ‘80s. The regs required that every new car’s roof be strong enough to support the weight of the car if it rolled onto its roof. This is hard to do without a girder-like member in the middle of the roof, attaching it to the car’s frame (usually right in between the front and rear doors). 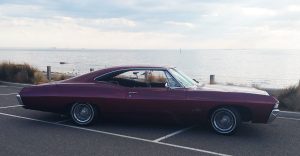 No one asked why this was any of the government’s rightful business. The Constitution doesn’t say anything about keeping people “safe” – only free. But the latter has somehow been supplanted by the former.

Convertible coupes got around the ukase by cleverly using the upper portion of the driver/front seat passenger’s headrests as roll bars – or equipping the car with a pop-up.

But the regs doomed the pillarless hardtop – both the sedan and the coupe versions thereof.

Now you know why it feels like you’re inside a tank when driving most modern cars, which have thick girders obstructing what you can see – and so frequently don’t see it coming. 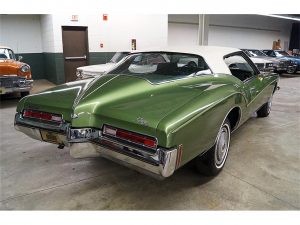 Some of the most iconic cars of the past were full-sized coupes, such as the Cadillac Eldorado of the ‘60s and ‘70s. Many were also pillarless.

These things had driver’s doors that were longer than both doors used in most modern sedans – and more backseat room (three across!) than in most of today’s four-door cars. The size theme continued rearward, where there was usually a trunk big enough to accommodate at least one body rolled up in a carpet and often, two. 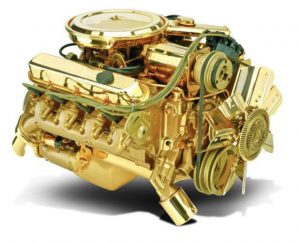 But it wasn’t just Cadillac – or GM – that built such ships of the line. There were also Lincoln Continental coupes, Mercury Marauders and Chrysler Imperials. And there were others, nearly as big – just not as pricey – including the Chevy Monte Carlo and Pontiac Grand Prix – with analogs offered by all the other American car brands.

The American government killed them all off, too – via a different set of regs. 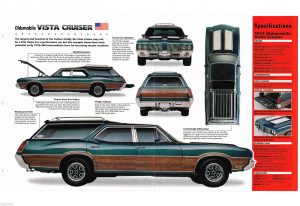 These are the Corporate Average Fuel Economy regs that have forced affordable big cars out of the showrooms and into the history books.

CAFE regs decree that every car company’s entire lineup of cars must average an arbitrarily decreed number of miles-per-gallon (the figure is currently about 35 MPG) else be labeled a “gas guzzler” –  its manufacture punished via fines, which raise the selling price of the cars that aren’t “compliant.” The fines quickly made offering such cars for sale untenable, because fewer and fewer ordinary Americans could afford to buy them.

CAFE also killed off the 7-9 passenger station wagons that were once the default family car of the American family.

Until the American government outlawed them, too – without actually passing any laws.

The compact pick up –

There haven’t been any new ones available since 2011, when the last one you could buy new – the Ford Ranger – was taken off the market. Not because it didn’t sell. The problem – for Ford – was that it didn’t generate enough profit. Too many buyers were opting for a Ranger rather than the much more profitable F-150, Ford’s full-size truck. It is much easier to sell a full-sized truck such as the F-150 when there is no alternative to it (other than another full-sized truck).

The rest did the same – sooner.

Nissan “updated” the Frontier pick-up from compact to almost-full-sized in 2005. Toyota did the same the year prior. The smallest new trucks you can buy are all mid-sized bordering on full-size, if you go by historic measures of size. 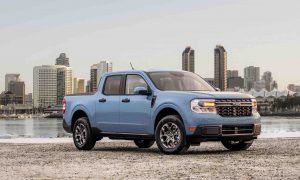 The price is sized appropriately, too.

As recently as a decade or so ago, you could buy a new compact pick-up for around $13k. That’s about what those same trucks are selling for, today.

Ford does have a compact vehicle that looks like a truck on deck. But it’s not really a truck. The 2022 Maverick – based on a car, with about the same capacity for work as a car – poses no threat to the F-150.

So we’ll be allowed that option.