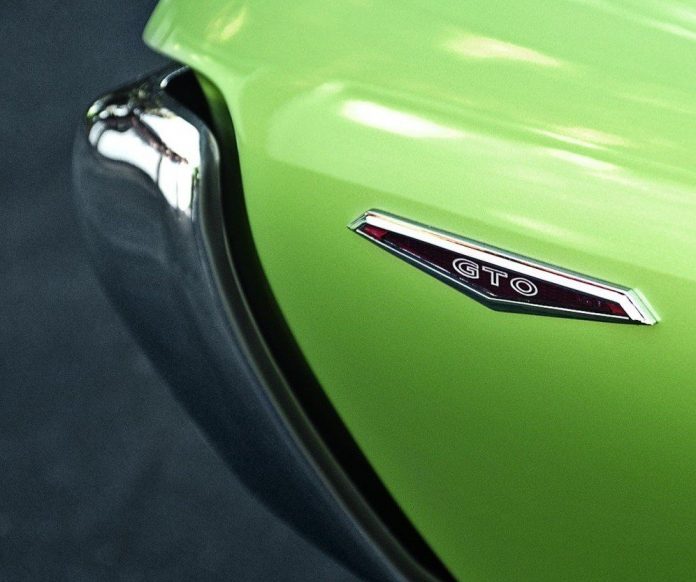 You had to be there to remember – and to understand – so here’s a refresher.

In 1964, group of young Pontiac engineers created the GTO by pairing an expensive big-car’s engine with an inexpensive medium-sized car –  thereby creating the first mass-market muscle car. Which was mass-market because it wasn’t just about muscle. That had been done before, by Chrysler (letter series cars) and Oldsmobile, too.

What made the GTO different – and dangerous, in the view of a certain kind of killjoy – was that it was cheap. Or at least, affordable. You didn’t have to be a rich old man to be able to buy one. 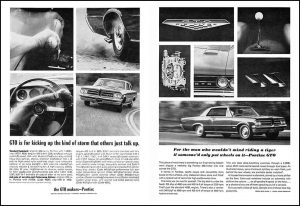 Or get your rich old man to buy one for you.

The GTO was a huge success for that reason and for another reason. There was a huge number of young buyers coming of age at right around the same time – the Baby Boom generation. Combine affordable muscle with lots of young kids who could afford muscle and just like that, muscle cars were everywhere.

Within three years of the ’64 GTO’s debut, every major car company – even AMC (RIP) – had at least one muscle car for sale.

Many car companies offered several. It was a bonanza of horsepower, style and fun.

But as much as muscle cars were loved by those who owned them, they were hated twice as much by those who couldn’t stand them.

They came up with a way to put a stop to the fun.

First, they made insuring a muscle car unaffordable. Then as now, it didn’t matter whether you – the specific individual – had ever wrecked your muscle car. All that mattered, premium-wise, was that someone else did.

You got the presumptive blame – and the actual bill.

But there was a way out, if you could afford to pay cash. It was to skip the coverage – which you could in those days, even if it was illegal. Because in those days The Man lacked the means to find out. 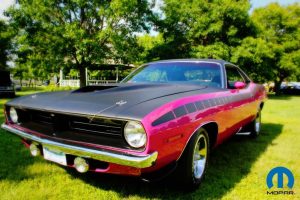 As incredible as it may sound to tender Millennial ears, back in the ‘60s and ‘70s – and even into the ‘80s – the insurance mafia and the government mafia were still separate families. There were even laws pertaining to the respecting of private info.

The government couldn’t directly collude with the insurance mafia as it does now to find out whether you have coverage at any given moment via a quick and even automated sync-check of computer records.

All you – the car owner – had to do to avoid the mordita was to check the box on the government form that said you had coverage.

If it was a lie, so what? Should a guy feel guilt about lying to a mugger about how much cash he has in his wallet? 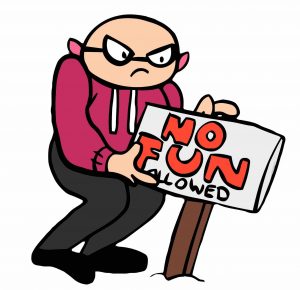 The people who did not like muscle cars did not like this, of course. So they came up with another – more effective – method to kill the fun.

The first was to strangle them via emissions controls they couldn’t comply with – and didn’t, at first. Those first generation muscle cars of the ‘60s and early-mid-‘70s all had engines designed back in the ‘50s – i.e,. designed without emissions control in mind at all. The only way to make them “compliant” with the emissions regs passed decades after the fact was to cripple them by grafting clumsy emissions controls onto them.

These made them run poorly – and gradually killed off the muscle, too. 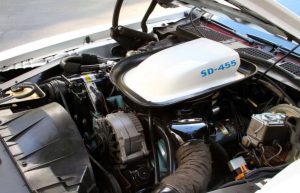 It only took four years – from the passage in 1970 of the Clean Air Act   – to eliminate literally every muscle car except the last one, which happened to be a Pontiac, too. It was the 1974 Trans-Am equipped with the 290 horsepower SD-455 V8. Just a few hundred made it through the noose and by the following year – 1975 – the Trans-Am’s strongest engine was a 185 horsepower 400 V8 geezing through a catalytic converter and single exhaust made to look like two.

But just like the Terminator rebooting himself after receiving a shotgun blast to the guts, the muscle car only seemed dead. Gradually, performance began to return. Clean performance, too – via engines designed to be “compliant” and powerful.

By the ’90s, performance had returned to what it had been in the late ’60s and soon exceeded it.

So that had to be stopped, too.

This time, the method applied was unanswerable. Federal fuel economy fatwas descended. It no longer mattered that muscle wasn’t dirty. It now had to be fuel-sippy and that is like making a ribeye without the fat.

The fuel economy fatwas also served to attack mass-market large cars, which went the way of the muscle car. 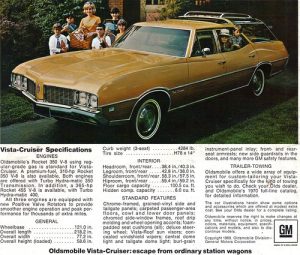 There was an end-run, briefly. It was christened the “SUV” – which didn’t have to comply with fatwas as strict as those applied to cars. The SUV quickly became the car of choice, until the government caught up with and closed the “loophole” and applied the fatwas to them, too.

They got smaller-engined and bigger-priced, a trend which you can see for yourself – today.

But they’re still being made – along with the highest-powered (and cleanest-ever) muscle cars. The engineers have worked near-miracles on the same plane as Jesus feeding a multitude with a single loaf of bread.

So that has to be dealt with, too.

By shifting the meaning of fuel efficiency to mean “emissions” once again – though this time, not pollution. The new meaning is “greenhouse gasses,” which don’t smog the air or foul the lungs but are asserted to change the climate.

Whether it does or does not is a matter for another column.

What it unquestionably will do is achieve the goal which has been their goal since at least the 1960s. That goal, of course, is to get rid of not just the muscle car, not only the large car and not merely the SUV but every car.

By making it impossible to make them compliant. So as to get people into other forms of transportation, under their control.

If you read their literature, you’d know all about it.

Now you can see it, all around you.