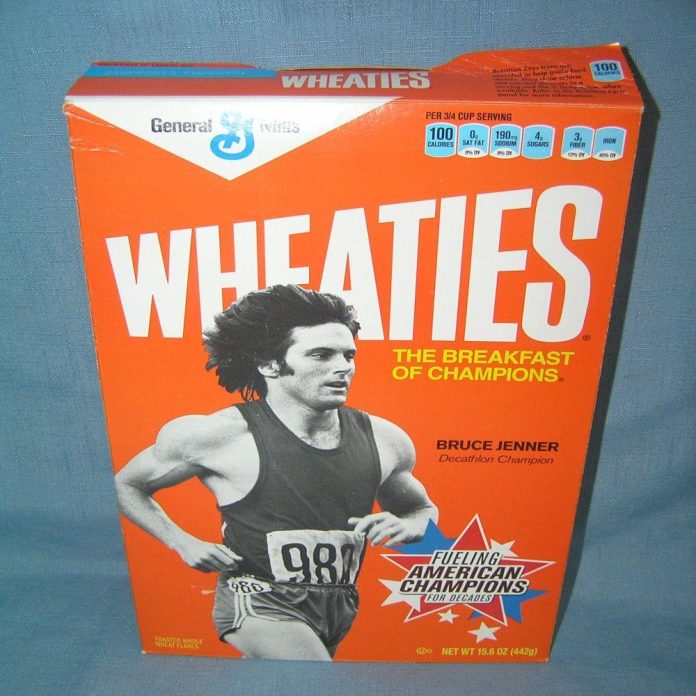 Like many guys, when I was a kid, the idea of my face being on the Wheaties box appealed. But I wasn’t a big enough or strong enough or fast enough guy to make the cut – and make it to the pros. Much less become one of the best of those already-best.

But now, as a middle-aged guy, I can get my mug on the box. All I have to do is change how I feel. Then others will be obliged to pretend my feelings alter biological reality. As I type, my feelings tell me that I am not a middle-aged guy who is still pretty strong for a middle-aged  guy but rather – like that guy who swims for the University of Pennsylvania – I am an exceptionally powerful “woman.”

One of the strongest in the world. 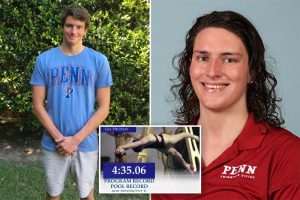 I can bench press about 300 pounds. One, maybe two reps. For a middle-aged guy, this is pretty good. But there are still many middle-aged guys who can also do it and at the elite level of competition, 300 pound on the bench is a warm-up set, almost.

There are guys – actual ones, born with a pair between their legs – who can press more than 1,000 pounds  – and it is improbable to the extent of impossibility that anyone who wasn’t born with a pair will ever come close to that, no matter how “she” feels about it.

Because testicles – which infuse the male body with male hormones that make the male body not just a little but a lot stronger than the average female body. Heavier bones, more muscle mass; more built-in ability amass a lot more muscle. It is a DNA-level thing which no post-facto surgery or hormones can fundamentally alter.

Bruce can bend his gender – but not his biology. Even now – 50 years after he won Olympic goal – he is probably still competitive with elite-level actual women.

A strong bench press max (one rep) for a woman works out regularly but who isn’t an elite-level athlete is around 95 pounds. That’s one 45 pound olympic bar and two 25 pound plates. Occasionally, very rarely, you will see a woman – the kind capable of having a period and babies  – at a gym who can hit maybe 135 or so for a couple (2-3) reps. 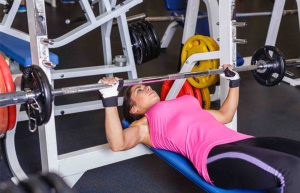 This is the usual warm-up set (10-12 reps) for an average guy in his 20s or 30s of very average strength. Average guys – far from Arnold-sized guys – routinely bench 185 pounds and 225-250 is nothing to see here. Many guys who lift weights regularly can do that, without steroids. There are high school guys on every high school football team who can do that. It is not a big deal. Getting to where I am – in the 275-305 range, repping the latter weight once maybe twice on a good day, is also nothing you won’t see at almost any gym in the country on any given day.

The big guys are pushing a lot more than that.

I’m just one of many meatheads, in other words. But I could transition into exceptionality, if everyone would accept my feelings about not being a middle-aged guy in pretty good shape for a middle-aged guy. 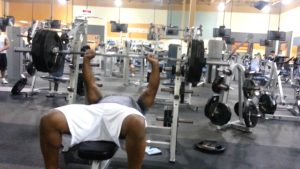 I could be one of maybe six women in the entire world who can bench 300 pounds. I could perhaps become the strongest “woman” in the world!

Worthy of the Wheaties box, at last!

I’m being snarky, of course. But somewhere out there, a guy is thinking seriously about that Wheaties box. A guy like that dude who has been shattering every record in women’s swimming by claiming that his feelings make him a “woman,” which he is as much as any other guy born with a pair also is.

Which women aren’t – because they weren’t – no matter how they feel about it.

But why stop there? It is inevitable that some old guy – like the one who Tele-Prompts from a set designed to look like the Oval Office – will announce that he feels like a young guy again. A very young guy. A teenager, even. Young enough to date very young women. 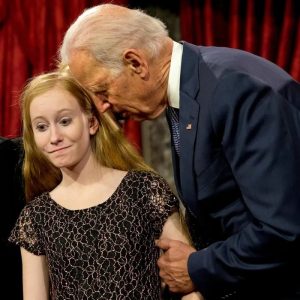 If sex is fungible on the basis of how one feels about it, why not also age? I’d like to collect some of the Social Security money I was forced to “contribute” before it’s all gone – or worthless, courtesy of the old kid sniffer.

Why not color, for that matter? The way forward on that has also been pioneered by Rachel Donezal, who is a woman (biologically) but not black (objectively) but decided she felt otherwise and was accepted as such – as the head honcho of the National Association for the Advancement of Colored People (NAACP). Who needs affirmative action – and racial bean-counting – when anyone can be any color they like at any time? Or rather, how would you keep track of it?

Which is exactly what it is. The “feelings” of those who want to pretend they are something they’re not can be indulged only so long as no one else is expected to believe them. Once that Rubicon is crossed, objective reality ceases to exist in principle and once that happens, it is no longer possible to rely on facts as the basis for anything. Including objecting to anything, however absurd – or evil. 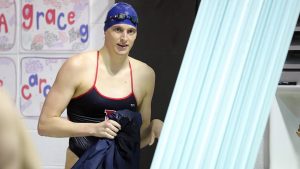 It is all about how people feel – an unquantifiable metric – and these feelings must be respected, they tell us.

Note that this precise lingo was used during the height of the Face Diapering pandemic to tamp down objections to the wearing of the vile rag. We must wear it to show respect for the feelings of others.

That guy who swims for the University of Pennsylvania may just make the Wheaties box.

But I won’t be buying it.