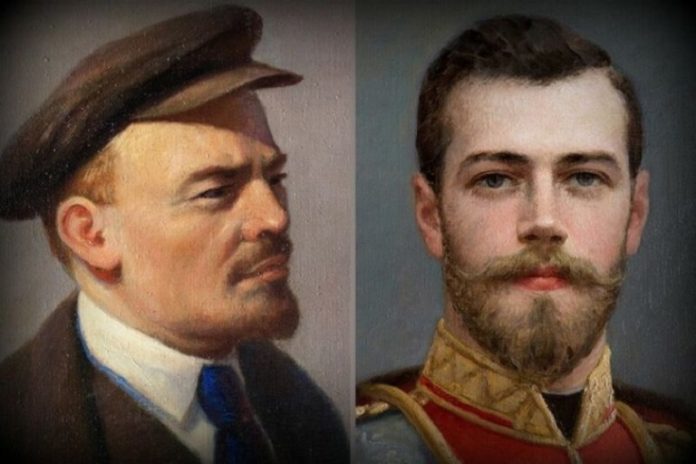 If you watched the man who occupies the office of the presidency wandering around the White House being ignored during a recent party for another president you will have seen history repeating itself.

Pre-Soviet history, that is.

The last Tsar of all the Russias – as he was styled – was a weak reed named Nicholas Romanov. He became Tsar in 1894 after the unexpected death of his father, Tsar Alexander III and was utterly unprepared as well as unsuited, by nature, for the office which he never wanted to hold. He held it until the 15th of March, 1917 – when he was forced to abdicate the office after plunging Russia into a disastrous and needless war and the Russian people into unprecedented, entirely unnecessary misery. 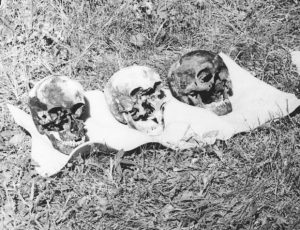 His reign was perceived as rootless, chaotic – but no less tyrannical for being so. Arbitrary  authority reigned, with sinister forces apparently pulling the strings. Most famously Rasputin, a strange monk who appeared to be controlling “Nicky,” as he was styled, through his wife – who was devoted to Rasputin because she believed he was somehow preventing her hemophiliac son (and heir to the throne) from bleeding to death.

The country had abided the Romanov autocracy for some 300 years. It could not abide the ineptitude – the weakness-tyranny – of the last Romanov.

Nicholas – and his entire family – paid for this with their lives on the 17th of July, 1918 when they were herded into a basement in Yekaterinburg and brutally shot to death by a gang of Communist thugs.

These thugs then proceeded to murder Russia, itself.

Do you hear the echo of history as the penny hits the sides of the well on its way down?

“Nicky” wasn’t senescent, unlike the current Tsar. Nor was he personally corrupt or even a particularly bad man, also unlike the current Tsar. But the two tsars had one very important thing in common. They were perceived – correctly – as bumbling, out-of-touch fools who could not be suffered, given the suffering of the people. Incompetence can be tolerated when there is nothing at stake and all is well. It is relaxing to watch a performance of slapstick comedy, pies-in-the-face and pratfalls when you know the ‘fridge is full and the money in your pocket will buy more food, when the ‘fridge is empty.

It is enervating to watch the putative leader of the country fall down the stairs and shuffle around, vacant-eyed, like the doddering old man he is – while food disappears from the shelves and the money in your pocket cannot buy it. 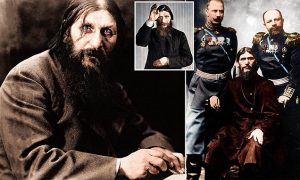 Possibly, this is deliberate. Biden was literally pushed to the front of the line – and then installed, via an effort so concerted its obviousness is impossible to deny.

It is certainly fortuitous – for those who stand to benefit from it, in both cases. De-legitimization follows on the heels of demoralization.

As it begins to dawn upon the public that there is no one behind the wheel – or rather, that there are others behind it – the realization dawns that the wheel is up for grabs.

On November the 17, 1917 it was grabbed – in Russia – by the Communists who styled themselves “Bolsheviks,” which they weren’t. The word means majority in Russian. Lenin and his band of Communists were a small but virulent cohort, who simply grabbed the title – and then the wheel – in the absence of anyone else willing to hold onto it.

Or slap away their hands.

They then held onto it for the next 70 years. 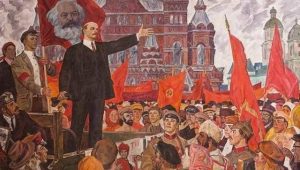 We may well be on the verge of such a moment, ourselves. As it was in “Nicky’s” time, it begins to dawn on the public that there is no one behind the wheel. That the Tsar is not only a corrupted grifter of five-decades’ standing but barely able to stand, period. Each sad scene of him shuffling up to the podium, there to squint and try to focus hard enough, for long enough, to read the talking points in his withered old hands, as he tries to control his bladder, further demoralizes a country already teetering on the verge of what always follows on the heels of such in times of crisis.

Who will grab the wheel, this time?

Will it be the same, this time?

In our time, the Communists also call themselves something they aren’t. “Democrats.” “Progressives.” “Environmentalists.” They are none of these things, as the Communists of 1917 weren’t “Bolsheviks,” either.

What they are is after power – and by any means necessary. It is an attribute common to Communists in every time and everywhere. They are for “democracy” (and free speech and many other things) when it suits. And when it no longer does, they aren’t. The individual Communist means nothing, he is important so long as he is useful.

The Tsar’s days are as numbered as Nicky’s were, 105 years ago. Everyone knows it because everyone can see it. What comes next is easy to see, too. The Communists who backed – and now abandon – the Last Tsar of the Americas will not shy from grabbing the wheel, once the old man’s half-dead hands fall from it. Keep in mind that, to a Communist, power is everything. It is the end, itself. Everything else is just a means.

Including the last Tsar of the Americas.