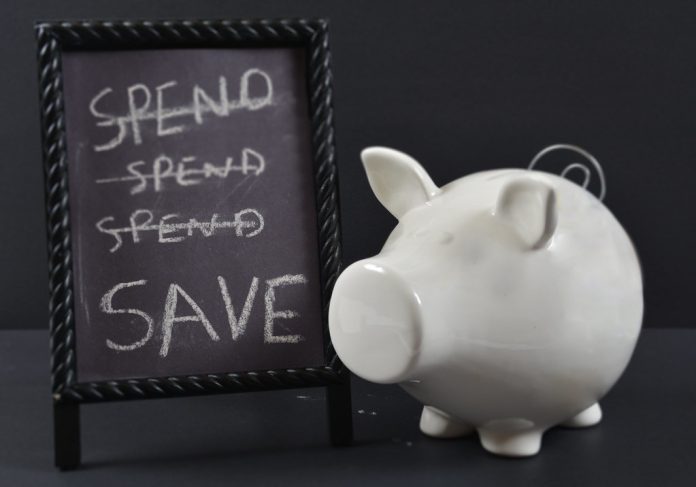 It’s difficult to spend less on gas when you haven’t got any control over the price of gas – or the diminishing value of the money it takes to buy it. But there are ways to reduce what you spend – which is a way to have more money available for gas (and other things, besides).

One such way is to not replace your vehicle’s catalytic converter when it fails, falls off – or is cut off, as by a thief with a Sawzall.

The reasons why you might decide to do this are three.

First, why play by the rules when the rule-givers don’t? It is both stupid as well as servile to obey the various edicts, to bear the various costs, when those who impose them ignore them and are clearly both hypocrites as well bent upon our enserfment via the edicts and costs they impose on us.

As for example them declaring themselves “essential” during the “lockdowns” ordered by themselves.

They don’t have to worry about the cost of gas – which they have caused to increase, by purposely reducing supply while at the same time increasing effective cost by decreasing the purchasing power of money (by creating more of it, our of thin air, and disbursing it to various court favorites) because they don’t have to pay for it.

Joe Biden hasn’t paid a cent for gas in 50 years. We have paid for it all – via being forced to pay him to enserf us, via the theft styled “taxes” we’re forced to pay that finance our enserfers. Joe – and the other rule-givers – enjoy free transportation at our expense. Which they then make even more expensive, by depreciating the purchasing power of whatever money we have left, after “taxes.”

It seems reasonable as well as right to even the balance sheet a bit – on our favor.

Catalytic converters are expensive – especially when you are expected to replace it after some blue-haired skunk who voted for Biden stole it and probably will, again. I have previously related the story of my sister, who lives in the Golden Country of Southern California, where nothing is done to deter “homeless” people from going number two on the sidewalk or to prevent/punish people who shimmy under cars with Sawzalls to steal them. The enforcers of the rule-givers will not come – much less arrest – such thieves. So why should anyone feel obliged to replace what they steal – and will steal, again? 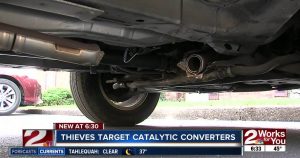 It would be as stupid – as degrading – as going back to the place where you got mugged and offering up your open wallet, again. Which we’re all about to do again this April15th, eh?

A typical “cat” costs about $150 for an aftermarket replacement; a factory-spec one can cost twice this much. Many late-model vehicles have several cats. It amounts to a lot of money.

Even if it’s “only” $150 to replace one of them that sum can still buy you about 38 gallons of gasoline at the current $4 or so price per gallon, which is enough to fill up the typical car’s 15 gallon tank more than twice.

A nice rebate. “Stimulus,” if you will. 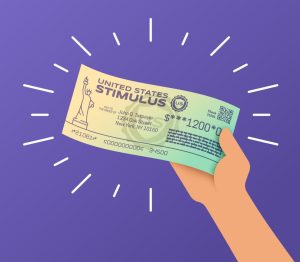 There is also the savings you’ll wrest back by running sans the cat. By using less gas. Eliminating the cat can increase the mileage you get by 2-3 or even more, depending upon how old and fouled and thus restrictive your cat was.

In order for the cat to do its thing – chemically scrubbing the exhaust – the exhaust must pass through very narrow passages that form a lattice, like a honeycomb, inside the converter. If you have ever cut one open, you will already know all about it. Over time, carbon accumulates on the surfaces of the lattice, gradually increasing exhaust backpressure, which reduces the efficiency of the engine.

A new cat would restore the proper rate of flow – but then, you’d have to spend money to get one. A straight pipe costs $10. And you might end up with a vehicle that uses noticeably less gas than it did before – or even when it was new. 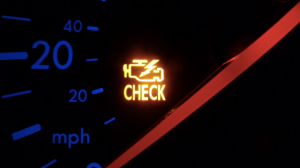 Now, you may be concerned about the “check engine” light coming on – if you take the cat off. And it will – unless you take steps to fool the computer into believing it’s still on. More precisely, fooling the oxygen sensor into believing the cat is still in place. This, in turn, will keep the “check engine” light – which isn’t about the engine, incidentally – from coming on. It is designed to come on in order to nag the owner to have the emissions control system checked – and to alert a government-mandated emissions inspector to that you may have “tampered with” or “defeated” some emissions-related part.

There are at least two ways to keep the light off. One – which I will detail in a subsequent post – involves screwing a modified spark plug non-fouler (available at any auto parts store or online, as via eBay Motors) into the fitting in the exhaust pipe that the 02 sensor screws into . . . and then screwing the 02 sensor into it. This puts the 02 sensor out of the exhaust stream sufficiently that it doesn’t sniff as well. 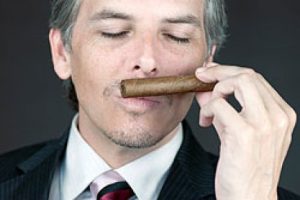 This will get you past the cursory inspection – the inspector checking to see whether the  dashboard light’s on, which would cause you to fail inspection. To assure you don’t fail the visual inspection, you can wrap the shell of a cat around the pipe – making it look as if you still have a cat.

Some will find the above obnoxious – but far less so than the government that has purposely and (arguably) with malice made life so miserable and expensive for all of us.

Sometimes, it’s necessary to do what one must in order to make up for what the government is doing to us.

Plus, doing it will make you feel really good, too.