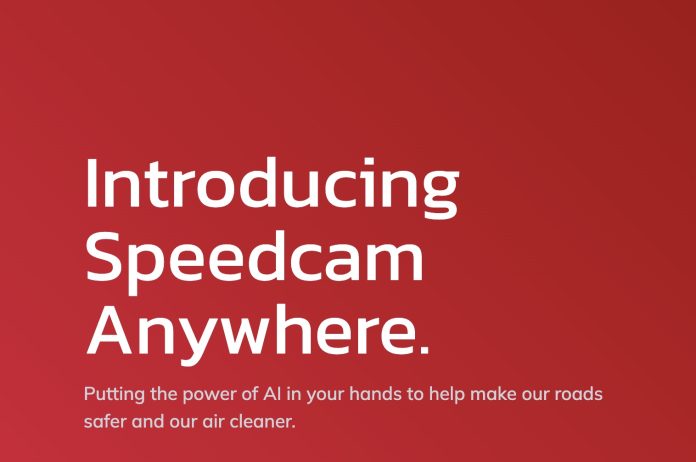 Do you remember the old horror film, Invasion of the Body Snatchers? Alien pods replaced people with simulacrums that looked just like them. When one of these simulacrums noticed a still-real person, it would point its finger and release a kind of hiss-scream to alert the other pod people.

Now there’s an app for that.

It’s called SpeecamAnywhere and it’s just the ticket for hiss-screaming Clovers who cannot abide anyone driving faster than they think is fast enough. Or causing their air (as they regard it) to not be “clean” enough.

When honking the horn and flashing the brights isn’t quite satisfying enough.

“Putting the power of AI in your hands to help make our roads safer and our air cleaner.” reads the promo for the app, which was developed by Silicon Valley technocrats working in conjunction with universities in Great Britain.

“Our” italicized to emphasize the point they’re trying to make. 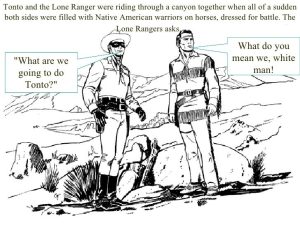 These collectivists, who view the world through “we” – the other form of “our” – as determined by them.

The speed everyone else should drive – and be shamed (and punished) for exceeding – is any speed that is faster than the speed they consider “safe.”

Plus the new and improved additional moralizing unction about “clean air.”

You see, driving faster burns more gas – and that results in the “emission” of more gas, the dread carbon dioxide that’s causing the “climate” to “change” so dangerously that those who most insist it’s happening are buying up beach-front properties just inches above the putatively rising sea levels.

And never mind that “clean” electric cars don’t “emit” any gasses while they are “speeding.” 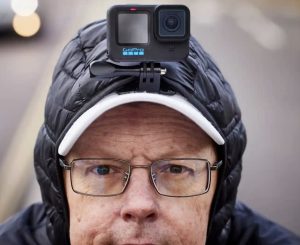 The point is to create a panopticon of universal compliance – via universal spying – and not just as regards “speeding.”

It is a technology meant to empower busybodies to monitor – and narc out – anyone they see who is doing anything they dislike. Like Mike van Erp. He is a militant Spandexer – one of those religious cyclists who cannot abide sharing the road with cars – who has personally narced out more than 1,000 people to the piggies for what he considers to be “unsafe” driving.

The Guardian did a piece on this guy. It is worth quoting, at length:

“Suddenly (van Erp) spots something. ‘Here we go,’ he says, swinging around his sensible-looking blue touring bike, and pedalling away from the traffic lights. He edges along the stationary vehicles until he is parallel to a car. It is well over a minute before the driver looks up and spots him – and the camera strapped to his baseball cap.

When he returns, a grinning van Erp tells me the man reacted badly to the realisation he was being caught on camera. Why the fury? The driver was using his phone as he waited for the traffic to move – and van Erp recorded him doing it. In the coming months the man will most likely face a fine and six points on his driving licence, in turn triggering a significant jump in his insurance premium.”

This is what gets such creatures as van Erp off.

No harm done, but something done that van Erp did not like that is also technical-foul illegal. Like not wearing a Face Diaper, for instance. Or not wearing it fully, as many do, in order to be able to breath and also to express their contempt for this vile and degrading “practice,” which by the way appears to be returning. 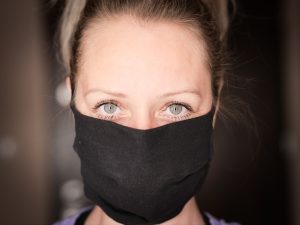 Apps such as SpeedcamAnywhere will be very useful in sussing out – and inflicting punishment upon – anyone who dares defiance. Of anything.

And people such as van Erp – who is reportedly a “caregiver” – will revel in it.

One of the app’s defenders says, “It’s not a personal vendetta against anyone . . . it’s just – how do we make our roads safe?”

There it is, again.

Well, how about by not fixating on “speeding,” which isn’t what causes these injuries. They are caused by loss of control, inattentiveness – a variety of driver errors. “Speeding” – as such, is not necessarily correlative. But people like van Erp and the app’s developers think people ought to be punished merely for “speeding” – even when (as in most of the time) their “speeding” hasn’t injured anyone. Not including the hurt feelings of people such as van Erp, of which there are unfortunately all-too-many. 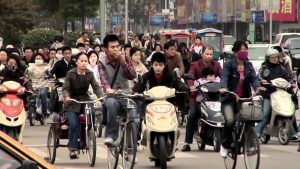 The app’s developer also lets the cat out of the bag when he says: “Having roads that are just too dangerous for kids to cycle to school on, having roads that are too dangerous for parents let their kids cross – I think that’s wrong, and society needs to get over it. Make the roads safer, make them less unpleasant, and then we can start to look at how else we can move around.” 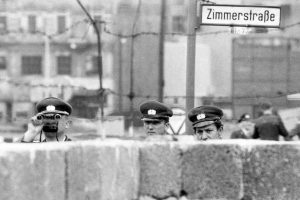 And mark that part about how else “we” can move around. Get a bike, prole. Or, walk. It’s much safer.

Good for the environment, too.

All part of the Great Work – to end driving by making driving as ugsome as possible.

Happily, the developers of this loathsome app are on the receiving end of some healthy shaming. One online reviewer of the app wrote: “In East Germany, citizens were encouraged to report their neighbors to the Stasi for even the smallest societal infraction. Congratulations on creating a modern day version of that. If you couldn’t tell, I’m being sarcastic. This app disgusts me.”

Unhappily, both Google and Apple are reportedly considering offering the App through their “play” stores. Given the millions of van Erp types out there, it is probably inevitable they’ll be empowered by it, to hiss-scream at anyone they think isn’t following the rules exactly enough.

Which Brand of Taxi Do You Prefer?