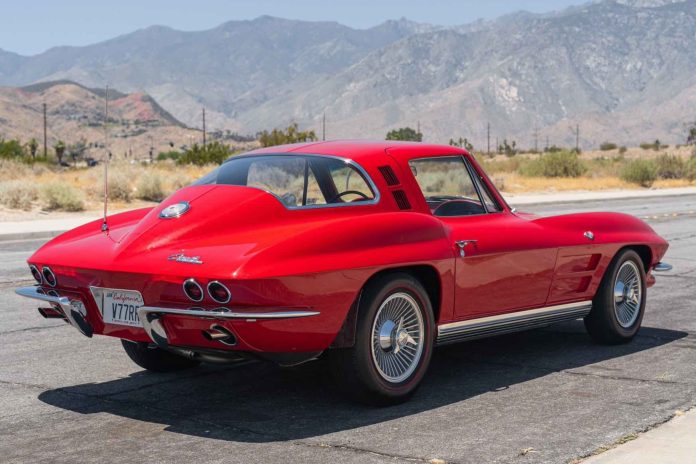 What is a Corvette?

Is it something other than another angular exotic that gets to 60 in less than 3 seconds? A Tesla equipped with the “Plaid” performance package can do that already. So can all the other exotics.

What else can the “electrified” Corvette GM has just announced will be forthcoming – in 2023 – do?

If all it does is emulate the quickness (and quietness) of the Tesla Plaid, et al – the same generically high-powered battery pack/electric motor drivetrain, the same absence of engine and thereby, all the specificity and emotional grab that goes along with it – then what is it if not a differently shaped version of the same thing?

If so, why bother? 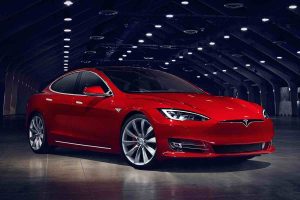 Arguably, this is already nearly the case as regards the current, non-electrified Corvette. It is no longer front-engined, as Corvettes always were – and which made them different from the mid-engined exotics it now emulates in both function (no more manual transmission) and form.

It is hard to tell it is a Corvette – a problem prior Corvettes, like Hulk Hogan, never had. The front is all scrunched up; behind it an insectoid-looking rump, like squatting Praying Mantis.

Historically, Corvettes were provocatively, immediately-identifiably long-nosed, Coke bottle’d sides tapering to one of the best-looking and most recognizable rear ends to ever conclude a car. It is a shape as definitively iconic as that of the Porsche 911, which it aggravated for generations by being the superior performer while costing half or less as much.

Now, how do you tell the difference? 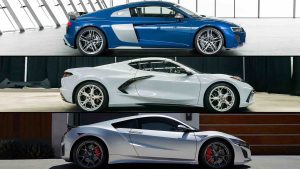 There isn’t even the color-specific brand-differentiation that lets you know a superbike is a Honda (red) or a Kawasaki (green) or a Suzuki (blue) or a Yamaha (yellow). These, too, have been homogenized into dreary interchangeability, each rendering the others duplicative and implicitly irrelevant.

Seen one, you’ve seen ’em all.

Zero to 60 is certainly something.

It is not everything. 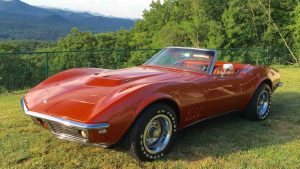 If all there is is how quick it is, there’s something missing. That thing that transcends the numbers. It is hard thing to describe but all of us know it when we see it. And so, feel it. Without even driving it.

A ’63 split-window Stingray had it. So did the ’68 “mako shark” that followed – and remained, more or less the same, but also different – straight through to 1982.

Even the controversial at-the-time 1984 “C4” (fourth generation) Corvette was unmistakably a Corvette and unlike anything else. Here’s an old Car & Driver review of that one, if you’re interested. 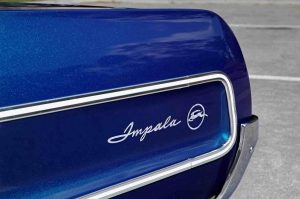 Visually, the only remaining tell that the latest Corvette is a Corvette are the vaguely familiar four tail-lights.

These seem afterthoughty on the supercar-generically-shaped body, much as the ’60s-era leaping Impala badge affixed to the flanks of the front-wheel-drive/V6-powered anonymous-box that last was called by that name seemed a disconnected attempt to re-establish an emotional connection long dissipated. Like bumping into an ex at the bookstore. Her name’s the same and she’s familiar – but it’s not the same and never can be, again.

But there was one thing left that was still uniquely Corvette. 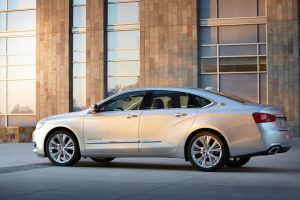 No other exotic was powered by the insolently excellent two-valve, not-overhead-cam and large displacement (6.2 liters) V8 that has long-defined a Corvette. This engine is fundamentally ancient, the basic configuration the same as that of the famous “small block” V8 that made its debut back in . . . 1955. It is cast in aluminum now rather than cast iron and the fuel is injected, electronically – but it still has just one camshaft. Lifters and pushrods. It does not have several or even one turbocharger. No power-adding, displacement replacing artifices.

And still it kills. 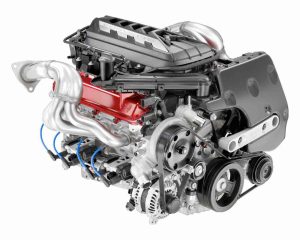 Easily. The big V8 is hardly working to produce almost 500 horsepower without a turbo (or two). And because it is not an exotic engine, a Corvette only costs about half as much ($60,9000 to start) as most of the exotics it aggravates. The average guy who can aspire to ownership – another thing that made the Corvette different – could probably afford to add a turbo or supercharger later on, to further aggravate the exotics.

He could probably install it himself, too – because the V8 is not exotic. Just good at humbling exotics.

But that is coming to an end – along with the sound that also made a Corvette different. The low rumble at idle that only a big American V8 makes, gone with the wind.

Sentence has just been passed.

The Corvette has been found guilty of internal combustion. Barring a successful appeal or injunction, its V8 engine will walk the Green Mile come 2023. That year – which is less than eight months from now – the Corvette will be “electrified.”

Thereby killing off any remaining reason for the Corvette.

An electrified Corvette will be just another skate – a body on top of electric underthings, not meaningfully different than the electric things under other electric things. This time, exotically priced, like the Tesla Plaid.

Without an engine – without a transmission, which EVs don’t need – what is left of what was the Corvette?

Just an echo of the past – reflected probably in those four vaguely familiar tail-lights.