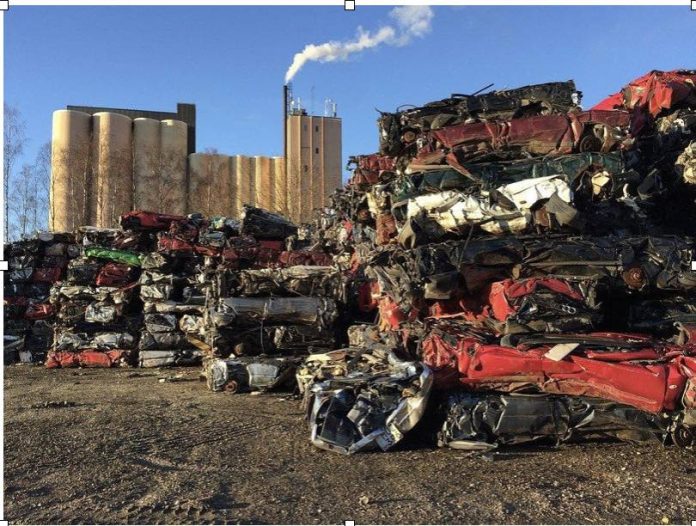 If you had to name a “green” industry, chances are you wouldn’t suggest scrapyards. Even so, that wouldn’t be a bad answer; scrap yards are all about reducing, reusing, and recycling. Even if that happens to be the way they make money, it’s no less beneficial for the environment and consumers alike. After all, what are people supposed to do once their vehicles kick the bucket? All cars contain various fluids and oils that should be kept out of the groundwater, and then there’s the wasted potential of all the parts that could still be used for years, if only someone would take them out and introduce them back into circulation. Even if you never have to buy used car parts at a bargain price, you can still benefit when you sell your old vehicle to a scrapyard for scrap metal. That’s right – consumers can get cash for cars from sites like https://cashforcars.io even if those cars haven’t worked in years.

A few decades ago, the car recycling industry barely existed; these days, between 80% and 85% of most cars can be recycled or somehow reused. The process takes several stages, and involves other industries as well at certain points. Here’s an overview of how junk cars get recycled, from beginning to end.

From gasoline, to brake fluid, to engine oil, there are many different substances that have to be removed from the vehicles before the other components can be processed. Scrap yards follow tightly regulated disposal methods for these car fluids, since they have to make sure that there’s no possibility of groundwater pollution due to improper disposal.

Depending on the condition of the vehicles, this step could potentially yield a treasure trove of parts that have plenty of use left in them. Of course, the engine itself could be reused, but that’s just the beginning. Seats, axles, stereo systems, and much more can be stripped and recycled. Many scrap yards work closely with local mechanics or dealerships to supply them with spare parts, while others are also open to anyone who’s working on their own vehicle and wants to save money by purchasing used car parts.

This is probably self-explanatory – the car is crushed to make it more compact, and then shredded to make it ready to be sold as scrap metal. By the end of this step, what’s left of the vehicle will have been reduced into hand-sized pieces. The scrap steel and aluminum will then be passed on to manufacturers, most of whom use recycled materials by default. For example, 85% of new steel in the US comes from recycled materials, including junk cars!

Even after the cars are stripped for spare parts and shredded, there will still be some materials mixed in with the metal that will have to be separated out. Auto Shredder Residue (also called auto-fluff) is the name for anything that can’t be recycled – plastic, wood, rubber, dirt, glass, paper, or even hazardous materials such as lead or cadmium. ASR can make up between 15% and 20% of a vehicle, and is typically sent to landfills. While this is far from ideal, technology is advancing every year that will reduce the amount of ASR that ends up unused and unrecycled.

After the ASR is separated from the metals, the metals themselves will be separated further into ferrous and non-ferrous metals. They’ll then be combined with other metals for a stronger product, which often happens to be frames for new cars.

The final step of this process is to transport the newly processed scrap metal to manufacturing plants. The use of recycled materials not only helps the manufacturers maintain a healthy profit margin, but it also reduces the need for new steel, which cuts down on emissions.

Why and how junk car recycling can benefit you

Let’s back up a bit and talk about the “dismantling” part of the process. Cars are brought to scrapyards for all kinds of reasons, but in some cases only a small percentage of the vehicle is responsible for the fact that it no longer works. It could be anything from a worn-out transmission to a twisted chassis, and while these are pretty serious problems, the rest of the vehicle is usually still functional.

Even though mechanic shops or dealerships use up plenty of these parts, many scrap yards  are happy to help individuals find the parts they’re looking for as well. For example, say someone needs to replace the stereo in their car, but they don’t want to shell out for new ones. Car stereos are easily reclaimed and tested for functionality, so a scrapyard would be a great place to go for a used stereo. They’re even a good resource for more obscure projects, like restoring a classic muscle car that needs rare parts. These will be harder to find, of course, but if you can locate a scrapyard that process a high volume of vehicles, they’ll be more likely to have what you’re looking for. Here’s a brief list of the parts you could get from a scrapyard:

This is just a small list; a trustworthy mechanic will be able to advise you on the parts that you should and shouldn’t look for at a scrapyard. Keep in mind that some parts simply shouldn’t be bought used, such as brake pads or calipers; you also have to exercise some common sense when purchasing something like a used transmission. Even so, it’s pretty clear that scrap yards are underrated for what they do. They may not be the most glamorous industry, but the work they do in recycling junk cars for use by manufacturers and individuals alike makes them worth our appreciation.

What is SCR in Adblue Warning Light?

How Do Power Running Boards Work?

How Do Federal Crash Test Ratings Work in 2022?

How To Save Money When Shipping Your Vehicle Abroad

Tips on How to Properly Maintain High-Mileage Vehicles

6 Car Repairs You Shouldn’t Do Yourself