The paradox of what is styled “Social Security” is that it renders the victim insecure. How else to describe a person who has been serially mulcted for all of his working life such that his daily bread and the roof over his head are dependent upon a miserly dole?

Italicized to lay bare the unpleasant truth of the thing.

People are told by the government which forcibly compels them to give up 15 percent of every dollar they earn that they are contributing to Social Security. They are not given the choice to not “contribute.” 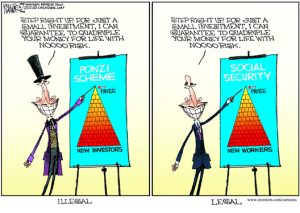 Government excels at definitional perversion. It uses a word to mean its opposite – in order to front-load any discussion of the subject with false premises, so as to sidetrack the debate over it into legalisms and irrelevances. The recent business regarding the possibility that the case law, Roe V. Wade may be overturned provides a fine example. The Supreme Court is not dealing with the question at issue. Instead, it is parsing legalisms having to do with the degree of federal oversight of over what is styled a woman’s “right to choose.”

But choose what, exactly?

O.J. exercised a choice, too.

Let’s not talk about what he chose. Instead, talk about  . . . choice. You know, like the  choice the same people who insist they have to destroy the life within them insist others do not have, with regard to being forced to risk their lives by submitting to injections of pharmaceutical cocktails. 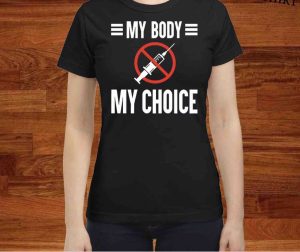 Just so these “contributions,” as they are styled.

Using that word to mean what it doesn’t, the people who are forced to “contribute” are led to believe that the money they’ve been forced to part with is routed into a kind of annuity that will be “there for them” when they reach the arbitrary age threshold at which the government deigns to return some of it.

Which, of course, it does not.

Because SS is a dole – not an annuity. The money that goes in goes right back out – to provide the dole for those already receiving it, whose money was long ago spent on other things – including dole-checks for prior generations of dole-receivers. Some also goes to finance the various things the government decides are worthy of being financed.

But you’ve been mulcted.

This is a hard truth, difficult to swallow – especially for honest-minded people who do not want to think of themselves as victimized dole-receivers. Many of them despise the very idea – and good on them for it. But it does not alter the fact of the thing. 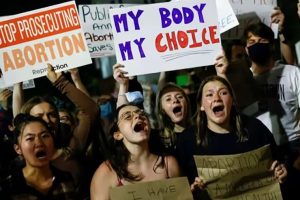 There is no “annuity” – and if SS were not run by the government, it would be subject to criminal prosecution for racketeering and fraud. It is the very definition of a Ponzi scheme – only worse because its victims were forced to participate. The person defrauded by a non-governmental Ponzi scheme has the cold comfort of knowing he fell for it. That he only has himself to blame.

Bernie Madoff never forced anyone to “contribute” a penny.

The victims of SS have the government to blame – if only they would. Instead, they hug its leg and are grateful for their dole, which they convince themselves to be their right rather than the double-theft it is, in fact. They were robbed during their working lives. And those who work now are robbed to maintain the intergenerational transfer of other people’s wealth.

Most would likely have been far better-off had they been allowed to keep their wealth. Both monetarily and morally. 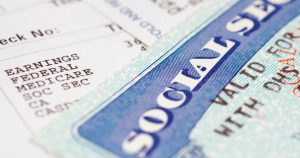 Weigh and consider how much of your money might have accrued over 30 or 40 years had 15 percent of it not been forcibly extracted by threats of murderous violence, in order to maintain the intergenerational dole. If you had been in a position to save that money, yourself – or to invest it in some productive enterprise.

Would it have been easier – and faster – to pay down (and off) the mortgage on your home if that 15 percent hadn’t been extracted? If you had paid-off your home after 15 rather than 30 years, you’d not have had to make mortgage payments for the next 15. Instead, you’d have that money, too  . . . to save and invest and put to other, productive purposes. 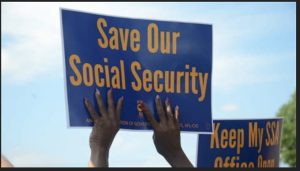 You might have been able to buy a car outright rather than make payments for 5-6 years (plus those payments to SS) during which time, the fact of having to make those payments constrains and restricts your options, financially – and otherwise. As for example, the degree of necessity to continue in the employ of your present employer, regardless of the situation – because you need the money. Having less of it to pay your bills.

Many “contributors”to SS would have had six figures in additional financial security to operate with – long before they reached government-decreed retirement age. Many could have retired at 45 or 50 rather than 65 or 70.

It boggles (and saddens) the mind to ponder what they might have done with their money. 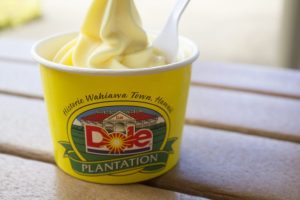 Italics to emphasize another – important – point: It would be their money. Not a hat-in-hand dole supplicated for and parsed out by benevolent government, as it sees fit (and implicitly subject to whatever conditions the government sees fit). People would have a right to it – which the government has openly said they do not as regards the Social Security dole.

There is security in that.

Both the opposite of the dependence – and degradation – deliberately fostered by the Leftists who created the Social Security dole, so as to assure those rendered dependent and degraded would have to return to hug the legs of government, like Stalin’s chicken.

The plucked are no better off than those being plucked. But the tragedy is that many can only see the crumbs laid at their shivering feet by Stalin, to whom they are grateful for what they get.