As in Intelligent Speed Limit Assist. Which is now something more. And every new car comes equipped with it.

The “technology” – as these things are styled – was introduced, predictably, as a gentle reminder; you’re driving faster than whatever the posted limits says you may. Perhaps you weren’t paying attention. You are doing 60 in a 55 and so susceptible to being “pulled over” – that is, forced to stop by the threat of murderous violence if you do not – and then issued a “ticket,” the insipid-sounding euphemism given to the extortion-demand note handed to you by the armed government worker (AGW) who “pulled you over.”

A little speed limit icon in the car’s instrument cluster – made to look like a little speed limit road sign – flashes red . . .  to “assist” you. To let you know you are “speeding” – the term used by AGWs to justify the “pulling over” and handing-over of the extortion-demand note.

The helpful little icon returns to white when you throttle back.

Now the throttling-back is done for you.

If the car registers any “speeding,” it cuts fuel to the the engine so as to reduce your speed if you don’t. The driver will receive “haptic, audio and visual warnings” until he drives within the limit. Haptic refers to physical jolts of some kind administered by the car, such as a vibrating steering wheel or the gas pedal pushing back against the driver’s foot – in the manner of a schoolmarm applying the ruler to an unruly child’s knuckles.

First in Europe – to be followed inevitably, here. 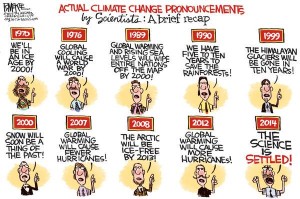 Over there, it’s just been “mandated” – that ugly term for you must accept/obey. Partially in the name of the usual excuse, i.e., to prevent the “climate” from “changing.” The argument is that by throttling back, less gas is burned and thus, “emitted.”

And thereby, the “climate” is less “changed.” The variant of “stop the spread.”

Interestingly, the argument is also applied to what are styled “zero emissions” electric cars, which do not get an exemption – notwithstanding they “emit” nothing, irrespective of the speed they are driven.

Non-electric cars emit almost nothing, too – but that fact doesn’t carry any more weight than the fact that a “vaccine” which does not prevent the Injected from getting or giving the sickness ostensibly “vaccinated” against isn’t a vaccine. 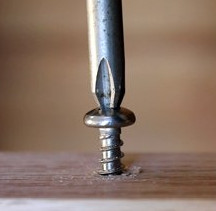 What does matter is making driving increasingly pointless – as well as aggravating – by continually whittling away at the driver’s discretion/ability to control his car. Once it is thoroughly controlled by electronica, it becomes “his” car only in the sense that he was stupid enough to pay for the thing. It has become not unlike a house that he’s only allowed to enter when the owner says he may, that decides whether (and when) he may use the air conditioner or TV – and so on. Yet he is still expected to pay the monthly mortgage and deal with the hassles of being a homeowner – such as taking care of/maintaining the home, at his expense. Without the former perks of it being his home.

The idea being – as regards cars – to nudge the driver toward giving up on driving (and owning a car) altogether. Why bother with it? Why not just let the government – and the corporations that have become indistinguishable from the government, except as regards being subject to occasional, controlled elections – drive?

Give up the car in the garage for the app on your phone! And the endless debit applied to your account.

The next step is already in process, too – and not in Europe. Right here. In Washington. The Biden Thing who lives there has decreed that beginning with the 2026 model year, every new car sold must be fitted with a “kill switch,” i.e., must be operable only at the sufferance of the government (and thanks to the corporations who will happily install the “technology” to make it so).

“Speeding” won’t be just illegal. It will become impossible. And the government will have the ability to prevent your next new car from moving, at all – at its pleasure.

It does not take a prophet to see where this is all headed.

Actually, it all began – a long time ago. When being free to travel by car – by any means you liked – became a privilege rather than a right, as it had previously been regarded. Once this was allowed to happen, everything else that has happened followed as inevitably and certainly as death follows old age.

If you do not have a right to travel – if driving is a mere privilege – then that privilege is subject to the conditions set forth by whomever grants the privilege. And it can be rescinded at any time.

At first the conditions are mild and seemingly innocuous. Wear a seat belt.

They become less and less so as time passes.

Stop! There’s a “sobriety checkpoint” ahead – at which you are obliged to prove you aren’t “drunk,” in the absence of the slightest reason to believe you might be.

You ought to have seen them coming.

Electric Cars Could Work… If The Government Got Out Of The...