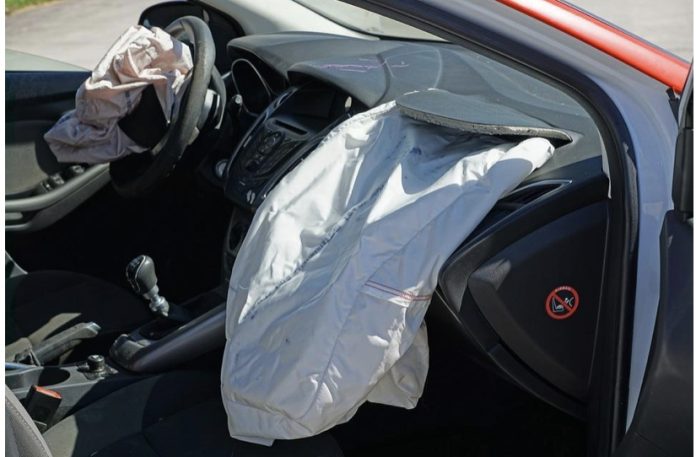 If you’ve bought a car at any point in the last few decades, you’ve probably heard a bit about NHTSA car safety ratings. They’re a handy way for the average consumer to tell at a glance how safe a car is; if a vehicle goes through all their tests with flying colors, it could get up to five stars – and more trust from consumers. What about the cars that perform poorly in the tests, though? Whether they’re older or just badly designed, many vehicles actually contribute to the rising numbers of injuries and deaths on U.S. roadways. User error (such as inattentiveness, driving under the influence, etc.) is often the cause of traffic accidents, but the right safety features can potentially mitigate the damage. Without them, the damage could be serious enough for victims to seek out a car crash attorney firm like Morgan & Morgan; that could be the only way for them to financially recover from a car wreck.

Founded in 1970, the National Highway Traffic Safety Administration (NHTSA for short) is the part of the government that’s responsible for testing vehicles and assigning safety ratings based on their performances. If a vehicle gets three stars or more on the crash tests, it’s considered safe. If any of the tests fail to earn the vehicle three stars, consumers should probably look somewhere else.

Why should you pay attention to these safety ratings? Without something like the NHTSA providing standardized evaluations, you’d just have to take the auto manufacturers’ word that the airbags, seat belts, ABS, or any other safety feature will function as intended in a real-life situation. There are other private organizations (like the IIHS) that also provide safety ratings, but those from the NHTSA are the ones that have to be obtained before a vehicle can even be sold.

The question is, what are the requirements for a car to get a good NHTSA rating – and what would cause a vehicle to fail the tests? Read more about it below.

What the NHTSA does for consumers and auto makers

You know the occasional mass recalls that auto makers have to perform when one of their vehicles is found to have a defect? Without the NHTSA requiring them to fix the problem, they’d probably just keep selling their vehicles and letting consumers deal with the consequences. The NHTSA is about more than just handing out stars to the safest vehicles; it’s about educating drivers on road safety, product testing, and safety recalls. They even go beyond just cars – they also test related products like child car seats and booster seats.

What about the auto manufacturers? While they probably aren’t the biggest fans of the NHTSA due to the agency’s role in occasionally forcing recalls, they still benefit from the evaluations and testing. If a car is highly rated for safety, it’s likely that this will result in more sales. Of course, the inverse can happen as well; this just encourages car manufacturers to step up their game to obtain good safety ratings.

How the NHTSA ratings work

Under the agency’s New Car Assessment Program (NCAP), every type of new car gets two different tests. They’re crash-tested from the front and the sides, and then tested for how they perform during a rollover. All the vehicles are tested under the same conditions as much as possible, so the results will be consistent across the board.

Using a method they call “dynamic vehicle testing”, the NHTSA determines a vehicle’s overall stability by putting it through several different situations to see how far it can go before rolling over. The results will depend on the width of the track, as well as the height of its center of gravity. If a car has a low center of gravity and a wide track, the chance of it rolling over because of a sudden direction change is pretty small.

The concept of a front crash test is probably already familiar to you, but there are a few specifications that make the test more relevant to real life. For one thing, the vehicle is deliberately crashed into a barrier that’s similarly sized and moving towards it, not simply rammed into a wall. Many collisions involve two vehicles, not one vehicle and a stationary object; this is why the NHTSA has the car and the barrier both traveling at 35 mph for their front crash tests.

The main weakness of these tests is that they don’t show what would happen if two vehicles of different sizes crashed into each other. For example, a compact car could have a decent safety rating from the NHTSA, but that doesn’t mean it would perform well if it got hit by a Ford F-250.

The side-impact crash test has a similar format, except that one car is going 34 mph, and the other going 17 mph. While this has the same drawback as the front crash test, it still gives consumers a good reference point; after all, the car is basically being tested against itself.

How to interpret the ratings

NHTSA’s rating system isn’t as concise as it could be, but it still isn’t that hard to understand. Here’s an overview:

This rating doesn’t have anything to do with driver or occupant safety as the car rolls over. Instead, it simply measures the likelihood that a vehicle will roll over in a one-car accident.

This is where driver and passenger safety during a crash is measured; most vehicles have three stars minimum for both tests.

Even though NHTSA ratings aren’t the final answer in determining a vehicle’s safety, they’re still an important part of getting to know any vehicle. Their test parameters and ratings are constantly being refined and updated based on new information; the next time you look at an NHTSA rating, you’ll know exactly what it means and why it’s there.

Can I install a New Steering Wheel from the E-class in My Old Mercedes?

Personal Characteristics That Will Help You Get an Education

Seven Tricks: How to Write an Essay Quickly

How to Bet on Sports Wisely

How to bet on NASCAR using your smartphone