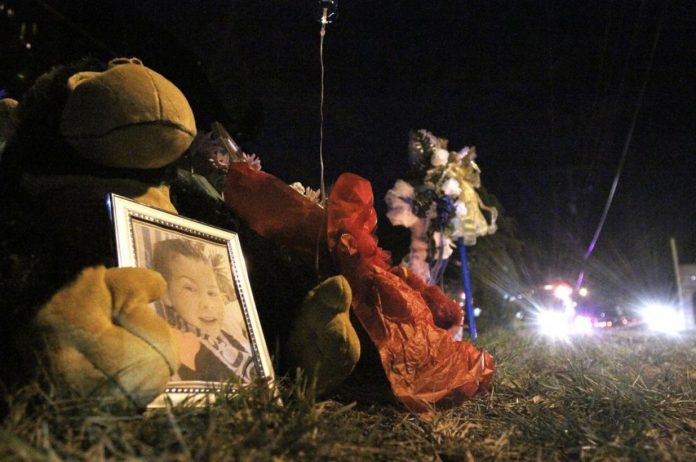 In Orwell’s other book – Animal Farm – we read about a mutiny against the farmer by the livestock, who draw up a kind of Declaration of Rights premised on the idea that all animals are equal. This is painted on the side of the barn for all to admire.

Over time (and in the dead of night) caveats and exemptions are inserted – by the pigs – culminating in the new idea that some animals are more equal than others. The pigs begin wearing clothes, sleep inside the farmhouse – while the other animals sleep outside or in the unheated barn.

When it comes to driving fast, some two-legged animals are without doubt regarded by themselves as more equal than others. 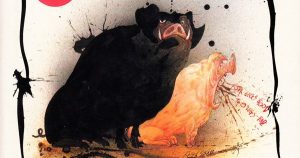 And by the law, too.

If an armed government worker is in a hurry, it is justifiable (as he sees it – and as the law regards it) for him to drive very fast, indeed. As fast as he likes, really – there being no no defined limit he must abide by.

“Too fast” is judged on a case-by-case basis – according to such doctrines as exigent circumstances, the exigence and the circumstance being subjective and interpreted by the armed government workers themselves –  or by their higher-ups.

We have no say in the matter, as is also the case when we are pulled over by an AGW for driving “too fast” – which is specifically defined in our case as faster than whatever the posted speed limit is, even if only by three or four MPH – no matter the exigence of our circumstances. 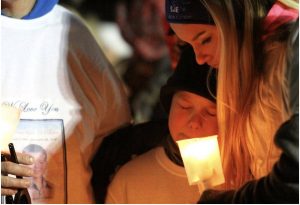 In Franklin Township, New Jersey an AGW named Nicholas Locilento was traveling very fast indeed – at least 74 MPH on a country road with a posted speed limit (for the rest of us) of 50 MPH.

In the rain – and in the dark.

No sirens or lights to give notice of his rapid approach.

A 10 year old by named Matt McCloskey ran out into the road – he was apparently on his way to a sleepover at a neighboring friend’s house. Locilento – who was “responding to a non-emergency call” – struck and killed McCloskey with his speeding car.

McCloskey’s death has been processed as a “tragic accident”  – i.e., implying it was unavoidable, a veritable act of God, who must have had his foot on the accelerator pedal rather than Locilento’s. 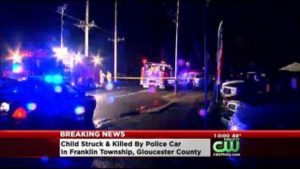 Locilento has not only been cleared of any wrongdoing – not even small fine for failure to maintain control of his vehicle – he is back on the roads and driving just as fast as he likes.

Precisely because he can.

And, no doubt, is pulling others over for driving considerably less fast (and not killing anyone) than he was driving the night he struck and killed McCloskey.

In any other case, 24 MPH over the posted speed limit – in the rain, in the dark – would not only be considered “too fast,” it would be considered reckless.

In several states, anything faster than 20 over the posted limit is prima facie exactly that and it is the burden of proof of the accused – of the arrested (in states that have this statute on their books, driving more than 20 MPH above the posted limit is an offense for which one may be cuffed and stuffed on the spot – even in the absence of any actual harm caused) to prove to the court that his speed was not reckless. 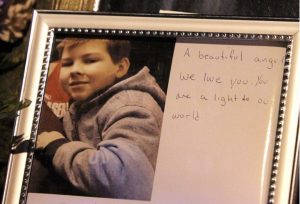 If convicted, the offender can expect a heavy fine as well as the likely suspension (at least) of his legal privilege to drive and a doubling or more of the cost of his insurance.

If a driver traveling the same speed as Locilento was driving struck and killed a child, it would not be considered a “tragic accident.” The driver would be arrested and charged with vehicular manslaughter – a serious felony – almost certainly convicted  and could look forward to spending time in a jail cell.

There would be no circumstances sufficiently exigent to escape being held to account.

But in the case of Locilento, “New Jersey law recognizes that police officers in the performance of their duties may need to exceed posted speed limits as long as they exercise due caution and do not recklessly disregard the safety of others,” according to the prosecutor’s office. (Italics added.) 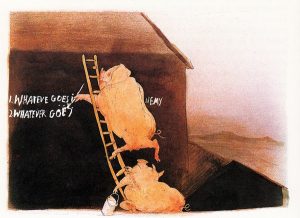 Some animals are more equal than others.

If you have a badge, speed limits are fungible – even when the result is a dead 10-year-old kid.

Locilento may not be a bad man; he probably meant no harm. But would that cut any ice for you or me, given the same facts?

“Speeding” is subjective; harm caused is not. Locilento caused a very great harm. Probably 90 percent of the people he tickets for “speeding” caused none.

Perhaps that should be the standard – for everyone. And not just for “speeding,” either. How about for buckle-up laws and the right to carry firearms – and a great many other things, besides?

No harm, no foul – and no prosecution, either.

Unless, of course, some animals really are more equal than others – and the rest of us animals are content with our lot, to chew moldy grain out in the cold of the barn – while the pigs gorge themselves on fine china inside the warm farmhouse.