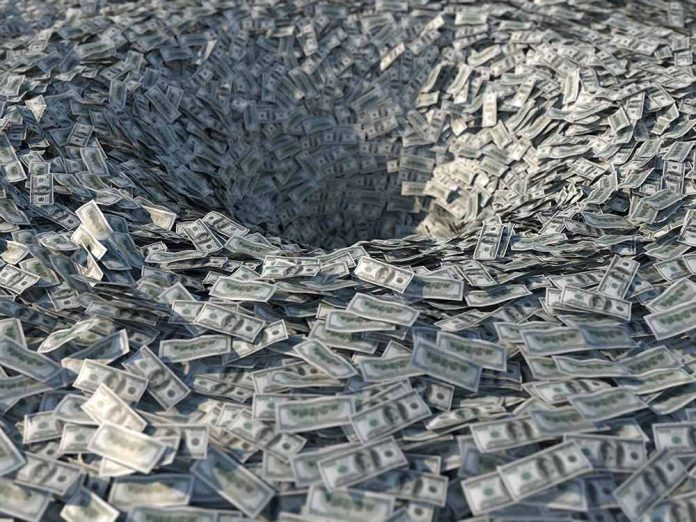 EVs are likely to be shorter-lived cars, this being a function of the fact that they are electronic cars. And because of that, they are even more expensive cars than they cost to buy.

While it is true that an electric motor, as such, is a very simple thing (and one of the things often touted as an advantage electric cars have vs. a car with an engine, which has many moving parts) the electronics that control the motor (in an EV) are not simple. It is a foundational mistake to equate the electric motor in an electric car with the electric motor that spins a small appliance, such as a power drill. The latter has simple electronics; a speed controller – and that’s about all, besides the motor. An EV’s motor requires a computer controller which governs a myriad of operating parameters as well as the overall operation of the car, itself – and all of its myriad electronically controlled related and secondary systems, such as the drive-by-wire system, battery cooling (and heating) system as well as its charging system. 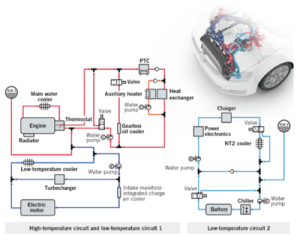 Modern combustion-engined cars have similar electronic systems, of course, that govern their myriad systems. But that is precisely why modern combustion-engined cars have become less reliable over time than the less-electronicized cars of the past and more disposable, as they age, because of the cost of replacing critical electronic controls without which the vehicle or vital systems will not operate relative to the depreciating value of the vehicle, itself.

EVs double down on that problem – by electronicizing everything. Even the heater (for the people).

And then there is the EV’s electric battery, itself – a hugely complex thing made of hundreds/thousands of individual cells, all of them a potential failure point (and fire source) and the whole thing certain to degrade in function over time the more it is used and thus the faster it will wear out, in term of its capacity to receive and retain full charge. 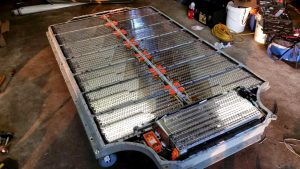 An analogy that works is a battery-powered electronic device such as an iPod. Anyone who has owned one of these things is aware that, after about 2-3 years of regular use, the iPod’s battery doesn’t hold as much charge as it did when it was new. And the iPod’s battery doesn’t have to move the iPod. This latter is not analogous – as regards the battery pack in an EV – which is massive precisely because it does have to move the thing, which places a massive load on the thing.

One of the great disingenuousnesses of the way EVs have been “covered” by the Poodle Press that pimps for EVs because that is what it is paid to do – or rather, because its “reporters” know they will not be paid or even hired in the first place if they don’t shill for “electrification” – is the equation of small electronic devices such as iPods with electric cars. 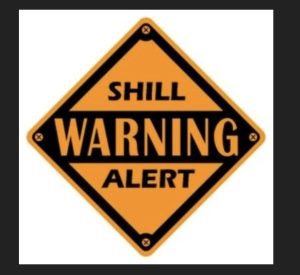 The Poodle Press will “report” on the advances made in powering these small devices, implying that similar advances are on the cusp of being made – soon! – as regards powering two-ton devices like electric cars. This “reporting” utterly ignores the fact that the battery packs in the latter have to move – not merely “power” – those two-ton devices. Up hills. At speed. For hours on end.

It is also comparatively inexpensive to replace a small electronic device’s waning battery – precisely because it is small.

An EV’s batter pack is not.

Which is precisely why it is so expensive. The proper analogy, vis-a-vis the batteries that power small electronic devices such as iPods is to imagine paying to replace thousands of them – in order for that one iPod to be capable of playing your music, again. 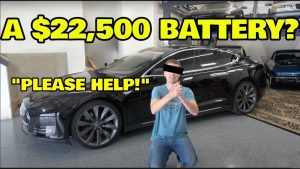 Even if you can afford to spend thousands on a new battery pack to power the waning one in your electronic car, the cost of doing so represents a massive increase in the total ownership cost of such a car, vis-a-vis a combustion-engined car. 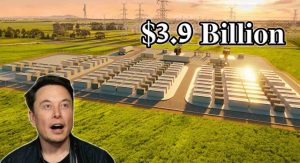 You pay at least 30-40 percent more up front, for the electric car, itself. And then you pay a sum equivalent to 20-30 percent of its original sales price when it was new, when its battery pack gets old, for a new one. The total increase in cost is at least 50 percent more than the cost of owning a non-electronic car over the same 10-12 year period. And that doesn’t factor in the savings that can be had by continuing to own (and drive) the non-electric car for another 5 or even ten years longer, which is realistically feasible for non-electric cars because they last much longer than electric cars.

The average (non-electric) car currently in service is nearly twelve years old. These cars remain in service precisely because they are affordable to keep in service. It is true that every now and then they will need this or that. But they will never need the one thing all electric cars will inevitably need – that thing being a battery pack that costs 20-30 percent of the cost of the car, itself, when it was new when the electric car, itself, is only worth 20-30 percent of what it sold for, new.