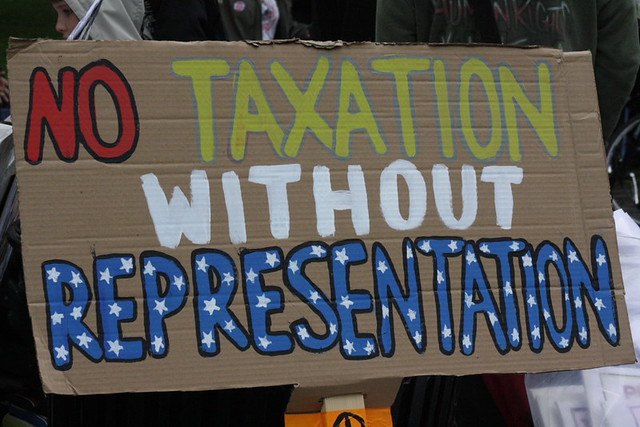 Today, Americans celebrate their independence – from what, exactly?

From Great Britain? Why should that be cause for celebration? What have Americans gained thereby?

Was it “taxation” – with “representation”? Is this in fact the case? And if so, can it be accounted an improvement?

The fundamental thing is this business of taxation. Everyone knows what it means – the obligatory handing over (one isn’t “paying”) of money, unwillingly, to be used to finance things the person made to hand over the money almost certainly does not wish to finance. Hence the necessary element of threats – of physical violence – leveled and implicit in every tax, to coerce the handing over. 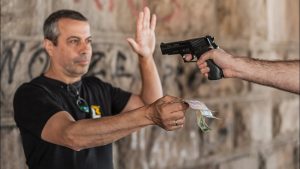 In other words, strong-arm robbery – as distinct from mere theft, which is a lesser thing because it is generally done without overt violence or threats thereof. The thief steals in the manner of an opportunistic fox, who sees that the henhouse is open. It would be robbery rather than mere theft if the fox – armed with a gun – sent you a letter declaring that you “owed” him a chicken and had better deliver it to him by such-and-such a date.

Theft, though very bad, is much better than robbery because the latter always comes with violence. It is the essential element of the thing. 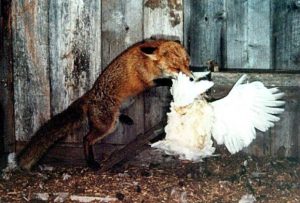 Why is robbery-made-legal – by calling it “taxation” – a good thing or even an acceptable thing when it is performed by “representatives”?

Well, of those who decide they want to rob you. Is that not what it means – literally and exactly? One does not rob oneself. The suggestion is absurd. The thing necessarily entails being ordered to hand over money, or else.

How is it that such robbery becomes something other than robbery because the robbers have gotten together and voted to rob those who would rather not be robbed? Is it because the robbed party was allowed to vote not to be robbed and his vote over-ruled? What is the value of such an impotent gesture? 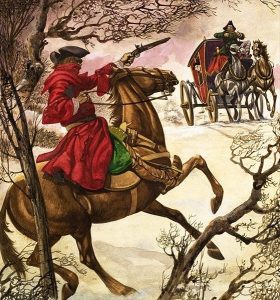 How does being “represented” prevent you from being robbed when the question of whether it is acceptable to rob people has already been answered in the affirmative – provided enough people agree to it by voting for their “representatives” to do it?

It seems that what is gained by taxation with representation is little more than the prospect of less robbery, possibly – depending upon whether the number of people voting to not be robbed exceeds that of those of who vote in favor of robbing.

The question of whether to rob – at all – having already been voted on, affirmatively.

Colonial farmers – many of whom  fought for independence from Great Britain – discovered that they were not independent from taxation; i.e., from robbery. They weren’t even “represented,” in that the taxes they were told they “owed” were levied by a federal government that did not “represent” them. How could it possibly have done so? If it had done so, there would have been no taxation – by dint of the fact that the farmers did not wish to be robbed. 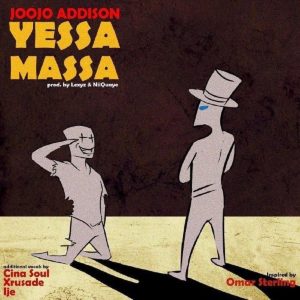 Rather, as always, the “represented” were the robbers.

Who are also, inevitably, the rulers – a thing which correlates closely with the power to tax. If it is possible to legally rob a man, then those who have the power to do that in a very real sense own that man. A working (functional) definition of slavery is precisely that. The slave is a man who is obliged to hand over what he has produced, else be punished. The slave’s owner has voted for this, exactly – that “vote” expressed by the very same thing used to rob people who – by the clever artifice of “representation” – do not regard themselves as slaves – i.e., the threat of violent repercussions if the slave does not “stand and deliver.”

If the chattel slave (the more honest form of slavery) were permitted to vote . . . to be robbed by a different “massa”  . . .  would he be less a slave? If he were allowed to retain some of the product of his labor? The amount always subject to the “vote” of those  “representatives” who have it in their lawful power to rob him, whenever enough of them vote to do just that? 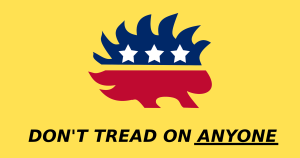 The power to rob is the power to do anything. It is even worse than robbery – which is among the worst things contrived by man – because when it is legalized, it finances itself. Those who rob you increase their power to rob, further. It is why the robbers are armed with nuclear weapons and aircraft carrier task forces – to say nothing of the local band of robbers in every jurisdiction of these United (by force) States, who have their own fleets of vehicles and armories – the more effectively to rob you with.

Does it make it better because you are allowed to “vote” for (or even against) them?

Imagine if marriage – if intimate relations – were based on such a policy. Would you  feel less violated if you had been allowed to vote “no” on the arranged marriage you were forced into, regardless? 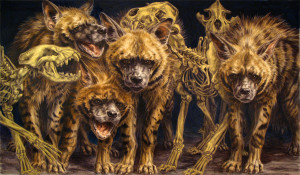 The usual retort is that taxation-robbery is the “necessary price of civilization.” But is it possible to conceive of anything less civilized than strong-arm robbery made lawful by . . . process? Which – by dint of that sleight-of-hand – not only undermines the very basis of civilization by undermining the most profoundly basic element of it – the right of every human being to not be legally robbed – but does worse by conditioning him to accept such robbery as “the necessary price of civilization”?

Would not civilization be respected and preserved by not robbing anyone?

It would certainly be something worth celebrating.

Another Canary in The Coal Mine…