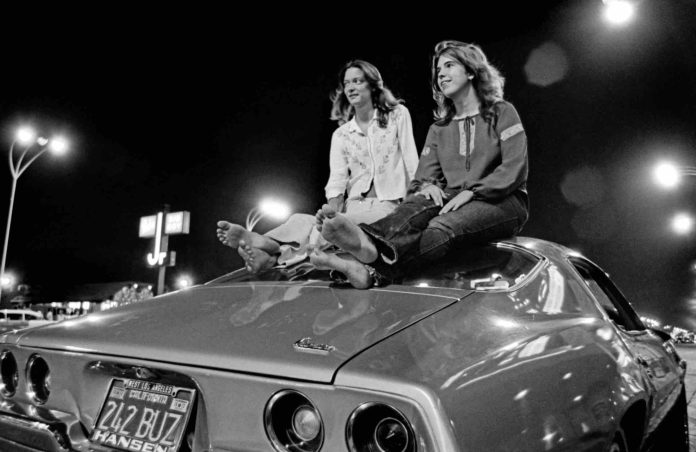 Why is interest in cars waning – among the young, especially? The ones who used to be the most interested in cars?

There are many reasons. I have one memory that may help explain part of it.

In the early ’80s, when I was getting old enough to be able to drive, very few cars were fuel-injected. They had carburetors. Those with four barrels had secondaries. These would open under full throttle, allowing the engine to suck air – and pull gas – deep into its innards. If you were interested in cars back in those days – which was practically everyone that age – you quickly discovered that to really hear the action, all you had to do was flip the air cleaner lid upside down, which opened the whole apparatus up.

A moaning, keening sound then issued from under the hood whenever those secondaries opened up. It didn’t make the car any faster but it gave a 15-year-old with a learner’s permit the same feeling a Navy pilot probably feels every time the catapult fires his Hornet off the deck, afterburners lit and bound for glory.

There was more to it than that, of course. But it’s part of what got me started. Flipping the air cleaner lid was a kind of gateway drug. Next came fiddling with the carburetor, itself. A turn of the screwdriver caused the idle to go up – or down. 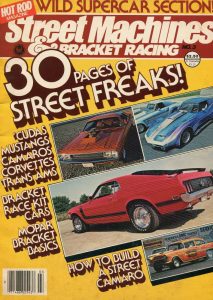 One read about jetting the carb to improve engine performance. We read all about it in mags such as Hot Rod and Car Craft, which were all some of us read. The gurus told us that if we removed these little screw-in plugs that had holes drilled in them with different screw-in plugs that had larger-diameter holes screwed in them, the engine would get more fuel and so – fingers crossed – would make more power. Sometimes, it did. Sometimes, the new screw-in plugs (these being the jets) were one size too big – and the engine didn’t run right.

We learned which size was right by trail and sometimes, error.

Same with float level and secondary metering rods, air door tension (if your carburetor was a Quadrajet, which moaned best of all) and lots of other things that could be adjusted or changed out by an interested 15-year-old kid with a Phillips head and flat blade screwdriver, a $20 socket set from PEP Boys and a Haynes manual. 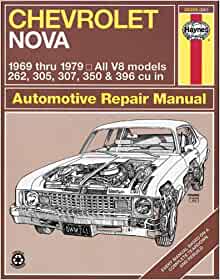 From there, we dared deeper, delving into ignition curves and timing variations; a couple of hours on our backs, with the car up on jackstands, and we’d have a “bang plate” – a shift kit – installed in the parents’ grocery getter, which made it chirp the tires on a full-throttle upshift from first to second; sometimes even third – which was all the gears those old non-electronic automatics had.

But it was more than enough to be fun.

Part of that being the fun we had getting it done. It is hard to convey the feeling of satisfaction that swelled when the tires chirped on that first “race” (you could also go with “street”) 1-2 upshift, on the first test drive – after lowering the car off the jackstands and jumping in to see whether your work, worked.

We were just kids, after all – most of us just barely legal to drive. And we had just modified our car – maybe it was our mom’s car – and, by God, it worked! It gave us the confidence to try more – and harder. Camshaft swaps led to whole engine swaps – all of which we’d be prouder of than a mom tabby with her new clutch of kittens. There was a whole culture of Friday night cruising/hanging out at the local McDonald’s, to see who had what – and had done what to what they had. Hoods open, us peering within. 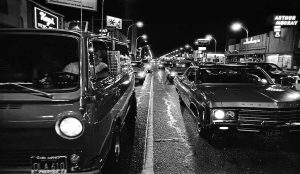 It was possible precisely because it was possible. It didn’t take a lot of money or special tools. It mostly took interest and determination, of which we had plenty.

Cars, after all, were not just empowering to work on, in those days. They were empowering as such. Actually – as well as psychologically.  At 16, we not only worked on them, we were free to drive them – the same as any 50-year-old.

Another memory I have is of driving myself – by myself- to meet up with friends in Ocean City, Maryland for Spring Break. They drove there, too. All of us, by ourselves – in our cars. Just as if we were 25 or 35.

None of us were older than 17. 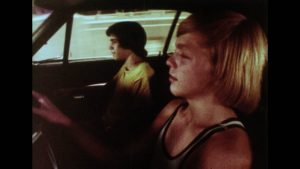 This was normal, back then. A rite of passage. A kid became something more than a kid at 15-something, having acquired his learner’s permit. By 16, with full rights and privileges, he was a functional adult, even if the law said no beer (legally) until 18 – as it was, in those days, when childhood wasn’t extended into the 20s.

Cars were, in a literal way, the vehicles by which we became adults – and that made them very interesting to us. Hearing the secondaries moan let us know we were in for the ride of of our lives – and it was only just beginning.