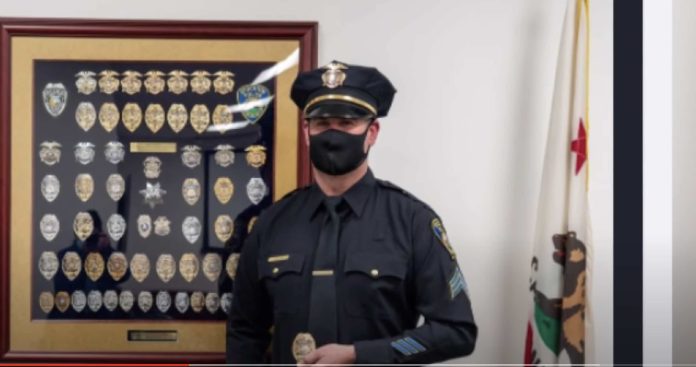 A Stockton, CA armed government worker (AGW) is n trouble over revelations that he was engaged in serial sexual harassment of sex workers, often while “on duty.”

“Sergeant” Nicholas Bloed – the “sergeant” in air fingers quotes to reflect the fact that there are no NCO AGWs as AGWs are civilians, though many love to pretend they are in the military – had been in a “relationship” (a financial one, apparently) with an escort, whom he paid for sex with money paid to him by taxpayers, who were forced to pay for it. The “veteran” – another “military” appellation – reportedly cajoled a second escort, whom the first escort had asked to be in the room to try to ward off the “sergeant” to also have sex with him.

The sordid business was apparently uncovered in the course of a separate investigation, when one of the escorts was testifying and the contents of he sail fawn were revealed – including sexting between the herself and the “sergeant.”

No word yet on whether the “sarge” asked for “dates” from women he menaced with the threat of murderous violence – i.e., “pulled over” – for such non-crimes as “speeding” and failing to “buckle up for safety.”