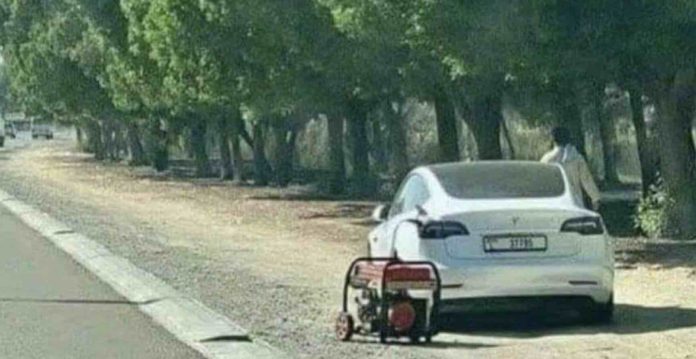 If EeeeeeeVeeees are “the future of transportation” then why isn’t generating capacity being increased to provide the electricity necessary to power this “future”?

The fact that it isn’t tells us what EeeeeeeVeeeees aren’t. Or rather, ought to. But most people – including people who believe EeeeeeeeVeeeees are “the future of transportation” – do not know that generating capacity isn’t being increased to deal with the putative (the impending) additional load-demand of hundreds of thousands – millions – of EeeeeeeVeeeees.

Because they haven’t been hipped to the fact. 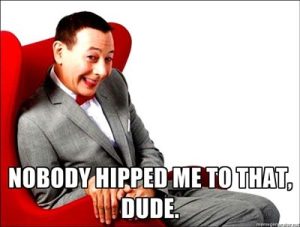 It begs the question, why haven’t they been hipped to it?

Do you suppose it might be for the same reason, fundamentally, that people weren’t hipped to the fact that a “positive” result on a sketchy PCR test is not the same thing, medically speaking as a case? Instead, people were told – hourly – about the latest “cases.” But not told that many – most of them – weren’t seriously sick. Or even sick, at all.

Since it is impossible to believe the people at the helm of this operation – many of whom are medical doctors – did not know what the difference is between a positive test result and a case, medically speaking (which until two-ish years ago was always understood by medical men to mean a person very sick and under the care of a doctor) it is default logical to presume they did know and thus were being deliberately dishonest, in order to further some broader objective.

Logically, the same presumption can be made as regards EeeeeeeeVeeeees. 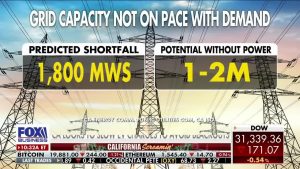 Each EeeeeeeeeeeVeeee requires a truly stupendous amount of electricity to power its battery pack, which operates at 400-800 volts, in case you didn’t know that. It is why dealerships that are preparing to sell EeeeeeeeeeeeeVeeees are having to “invest” in several hundred thousand dollars’ worth, each, of EeeeeeeeeeVeeeee “fast” charging infrastructure. It takes serious juice to “fast” charge an EeeeeeeVeeee – as well as commercial-grade cabling to safely handle it.

You cannot “fast” charge an EeeeeeeeVeeeee at home – because no private homes have wiring that can safely handle that kind of juicing. They can be slow-charged at home, but this draws a lot of juice, too – just not as quickly. But think about the power demands of an EeeeeeeeVeeee and its 1,000-plus pounds of 400-800 volt batteries. Is there any single appliance in a private home that equates? It is true the load applied by essentially trickle-charging an EeeeeeeeeVeeee at home – which is all you can do at home – isn’t the same as the power consumed by the EeeeeeeVeeee when it is moving, under power. 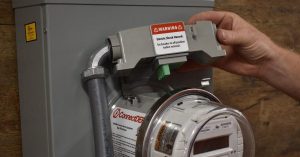 But the point is that power must be regularly replaced – and the power has to come from somewhere.

From where will it come?

The non-answer to this question is the elephant in the room.

Just as it is known the “vaccines” do not stop the getting – or giving – of the putative sickness they don’t immunize against and yet are still being pushed on people with an aggressiveness that would shame a carpetbagging snake-oil salesman from the 1870s – so also are EeeeeeeeeeeVeeeees being pushed onto the market in spite of the known fact that there isn’t sufficient grid capacity to keep them powered up and no provisions being made to change that.

And just as we’re not supposed to notice the strange phenomenon of young people dropping dead from heart problems that used to be all-but-unheard-of among young people – and never mention “vaccines” when discussing this – so also we’re not supposed to notice the public warnings of impending power shortages and possibly no power at all (i.e.m blackouts) arising from there being too much demand – and not enough supply.

Bear in mind that even in California, EeeeeeeeVeeeeees are not even 3 percent of the total cars in service. What will happen when it is 30 percent? Or 50 percent? And there isn’t a corollary increase in electricity to power them up? 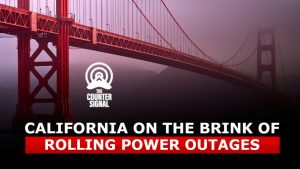 Asking that question ought to answer it.

Absent more generating capacity, there will not be enough electricity to go around. And that will mean rationing electricity – whether by actually rationing it (as via “smart” meters) or by economically rationing it, as by raising the price of it such that most people who own EeeeeeeeeeVeeeeees will not be able to afford to plug them in, “fast” or not. 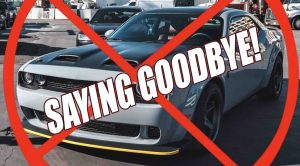 And it has little to do with EeeeeeeeeeVeeeees as such. As other than a vehicle for getting most people out of cars, period, by making it too costly for most people to afford a vehicle and the “charge” that comes along for the ride you’re not going to be able to take.

If it sounds a bit much, consider that fact that more generating capacity isn’t being  . . . generated. Given that fact, what other conclusion can be drawn? It may be as hard to compute as this business of still-pushing “vaccines” on people that are known to not immunize (and that are known to not be “safe,” either) until you put aside the mental hobble of assuming good intentions.

Once you understand that it’s the opposite, you begin to understand  . . . everything.

I break the law everyday…