The headline of this article is what the average price paid for a new car was last year. Another record. A related number is the average family’s income, which is about $67,000. The average individual’s income is about $44,000.

These are some interesting numbers – especially when juxtaposed.

Which of course is why they both finance the $48,000 car neither can remotely afford. Many of them for seven years – or longer. More about that – and the inevitable outcome – here.

But why have new cars become so expensive so suddenly? 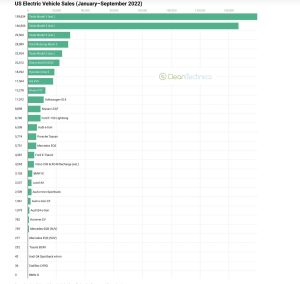 Incomes haven’t increased to match, obviously. And “inflation” – i.e., the diminishment in buying power of money – hasn’t, either. At least, not that much.

The reduction in the buying power of money – which manifests as having to spend more of it to get the same (or less) – accounts for only about half (about $6k) of the roughly $13k increase in the price paid for the average new car last year.

The other half can probably be accounted for by . . . electrification. Or – more accurately put – the pushing of electrification, which has been almost as aggressively pushed as the drugs that aren’t “vaccines.”

Two years ago, there were almost no EVs on the road – other than Teslas. Two years hence, GM, Ford, BMW, Audi and even Hyundai have EVs in their portfolios. Most of them, interestingly enough, sticker for around $50,000 to start. It is upticking sales of these vehicles that is pushing up the average sales prices of new vehicles. 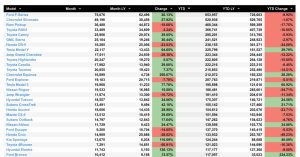 EVs have gone from being hardly a blip on the radar screen of overall new car sales – about 2 percent nationally just a couple of years ago – to more than 6 percent as of last year (2022). Tesla still accounts for the lion’s share – about 300,000 vehicles annually – but when you add in the others, the total number of EVs bought last year approaches half a million. This also approaches the total number of Ford F150s sold last year – 653,957 – and the F-150 is the best selling vehicle on the market.

But sales of the Civic were down by almost 50 percent last year.

Why are affordable cars – all of which aren’t electric cars – losing ground while far-less-affordable electric cars gaining it? It is almost certainly on account of the government promoting the purchase of the latter, both economically and psychologically. No one is being paid to buy Camrys or Civics nor petted on the head for doing so. On the other hand, the government – federal and state – eggs on the purchase of EVs by obligingly promising to eat some of the cost of buying one, by reducing the tax bill of those who do. And those who do are able to bask in the warm sun of social approval, an important thing for some people.

There is also the threat – economic as well as psychological – hanging over the heads of those who do not buy an EV. 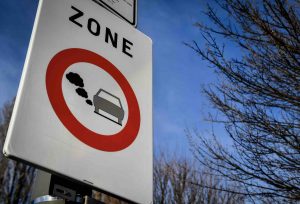 It comes in the form of bans on sales of non-EVs already passed in several states. These do not got into effect for a number of years, but they do amount to putting people on notice – right now. What will happen in the intervening years? Is it improbable that government – federal and state – will make it more onerous (more expensive) to own and drive any car that isn’t an electric car? As via “progressive” increases in registration/licensing fees? As via progressively unaffordable – and perhaps unavailable – fuel? As by limiting where – and when – one is permitted to drive a non-EV?

If that happens, the value of a non-EV purchased this year might plummet within just a few years  . . . to worthless. That being the value of a thing that is useless.

A 2023 model year non-EV will only be about seven years old in 2030. The non-EV sales bans go into effect in 2035. But their effect will be felt long before then – and already are. 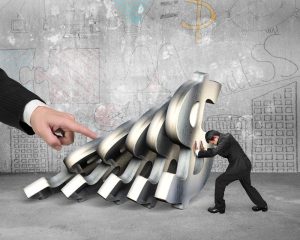 Meanwhile, the egging-on of EVs continues.

But a point will come – for it must – when someone is going to have to pay for all of this. It is possible we’ve already passed that point since most people cannot afford to pay $48,000 for a new car – electric or not – unless someone else is “helping” them pay for it. During the past two years, that someone has been the government – which paid a lot of people to not work – and many of them did something people used to not do when they weren’t working.

That being buy a new car.

It’s like eating sugar when you’re diabetic – but nevermind.

The government will take care of it.

This works for a time. Until the time comes when the government runs out of other people’s money to spend – and hand out.

A Bit of Good News… Well, Sort Of