When people talk about “preps” they’re usually talking about things like ammunition and food – both of which, obviously, are good things to keep handy in the event the SHTF. But, it’ll also be good to keep your teeth – otherwise you’ll have trouble eating that food – and the ammunition you use to down those deer won’t do you much good without a blender. 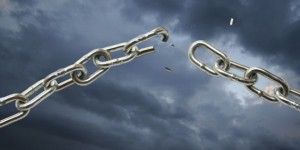 Not only that. An abscess can be just as lethal (only slower and more painful) than a gunshot wound. There is strong scientific evidence that a correlation exists between tooth decay/bacteria in one’s mouth and other, more serious ailments. Dentists will not be easy to find in a SHTF scenario, so avoiding – or at least, putting off – the need to find one in a SHTF scenario is arguably just as important as having sufficient food and ammo.

And floss. And extra toothbrushes.

Figure one tube for a month, two packs of floss for a month and one new toothbrush every six months. Get enough for a year ahead at least. All this stuff keeps effectively indefinitely, so there’s no downside to stocking up. Worst case – best case, actually – you have pre-bought items that are certain to get more costly in the months and years ahead, even if the S does not H the F. And unlike MREs – which you may never eat if the S doesn’t H the F – you will use that toothpaste, floss and spare brushes. 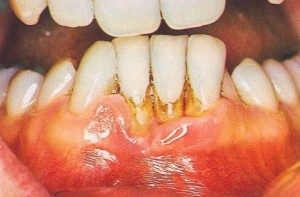 Of course, there’s TP. Don’t forget TP, whatever you do. Sanitation is absolutely crucial to surviving, long-term (and even short-term) in a SHTF scenario. Corn cobs won’t cut it. There’s a reason why the average person died in his 40s in the 18th century: Filth. Which leads to disease. Which leads to – death. TP will help keep things clean – which will help keep you and yours alive – as well as comfortable. Like toothpaste and floss, TP also has the virtue of being imperishable. There’s no harm in stocking up. And potentially, much to be gained.

Related: It’s smart to think about what you might do if the plumbing stops working – because city water’s off (or you can’t run your well pump regularly). If you live in a rural area or at least have some backyard, a “necessary” – as Thomas Jefferson called them – will be something to consider. You absolutely do not want to you-know-what where you live.

Salt – iodized salt – is another item we often don’t think much about but which is essential to maintaining health. Iodine deficiency correlates with mental retardation in children and thyroid problems in adults – especially goitre, a hideous (and painful) swelling of the voice box. It is reported that 90 percent of all goitre cases result from iodine deficiency. Goitre is relatively rare in the U.S. and other developed countries, where iodized table salt is part of the everyday diet. Check Avon Brochure and Builders Warehouse Specials. But in a SHTF scenario, the everyday table salt we take for granted may no longer be granted. Salt is one of those things most people can’t make for themselves; iodized salt even less so. Most houses – including prepper houses – have a small supply of this essential item. If that’s you, rectify the omission. Buy enough salt to keep you seasoned – and healthy – for at least a year. You can buy a 25 lb. bulk bag for about $13 at Sam’s and other big box stores. Don’t forget that in addition to preserving you, salt can also be used to preserve meat without refrigeration – another excellent reason to have plenty on hand for just-in-case. 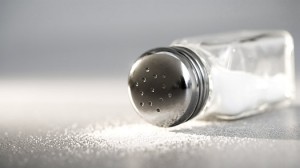 How will you make fire in a SHTF situation? Matches get wet – and you need a lot of them to equal the fire-starting capability of just one Bic lighter. Buy several “value packs” of 4-6 (or more) lighters at a time and store them. These packs are cheap – I recently bought  a five pack at Wal-Mart for less than $2.

It’s a good idea to keep spares on hand. You may have a generator; you may have a solar array. But what good is power if you’ve got no fresh bulbs when the old ones burn out? Incandescents are still dirt cheap, too. You can buy a large quantity for next-to-nothing.

Most healthy dogs and cats can – in a pinch – eat whatever you eat. But what about special needs pets? It’s a good idea to 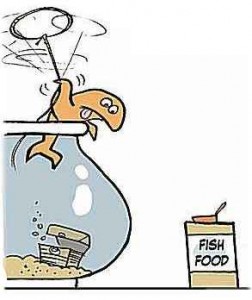 have a few months’ (at least) supply of special diet food for your four-pawed friends. If you have indoor-only cats, stocking up on cat litter should be on your To-Do list, too.

Extra glasses – if you wear ’em.

Remember that prepper rule? The one that says two is one – and one is none? If you depend on glasses to see clearly, it is imperative to have at least one extra pair on stand-by; ideally two. Glasses get lost – or stepped on. Or just scratched. What happens if you can’t see very well when the SHTF and you can’t go down to the optometrist for a refill? Exactly.

Ditto any medicines you may need – such as allergy pills or other over-the-counter stuff . Get extra. While you still can.