There is near-universal outrage when an individual is treated as a member of a group when that group is racial or ethnic in composition. More than that – it is illegal to, for instance, refuse to rent to a black person, or charge a black person higher rent, or require him to put down a larger security deposit  – because “black people” are more likely to commit crime, cause damage or fail to pay. It offends our sense of justice – and so, has become an offense under the law. 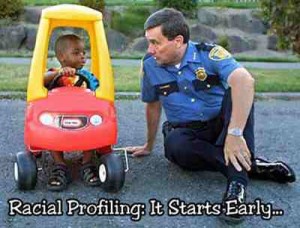 Yet when the insurance mafia does exactly the same thing – when they charge rates based not on an individual’s record of causing loss but on generalizations made about the group to which he belongs – it’s not only legal, it’s accepted.

Your age, your sex, your marital status; where you live, what you drive – what your credit rating is. These are all generalizations; statistical probabilities that suggest a might or could be.

It is also a statistical probability that you’re more likely to be mugged by a young black male than a middle-aged white woman (or even a young white male). Yet the law – and the rules of political correctness – refuse to countenance even a whiff of differential treatment of any individual based on these statistical, generic,  probabilities.

Well, bully. What’s good for the goose should be good for the gander, too. If it is outrageous – an affront to decency – to be more wary of, say, that young black male walking toward you for no other reason than that young black males generally – statistically – can be said to be more “crime prone,” then surely it is just as outrageous, morally speaking, to hit a 22-year-old single male driver with higher insurance rates merely because generally – statistically – young single males seem to be involved in a higher-than-average number of automobile crashes. Or get more tickets. Or whatever.

Thomas Sowell – and Neil deGrasse Tyson – are black males. Should they be treated as presumptive Mike Tysons or Bobby Browns? No? Then we do we permit the insurance mafia to treat individual people who have given no cause themselves to warrant it as though they had in fact given cause to warrant it – by dint of the fact that nebulous others have given cause?

You drive a “fast” car. This gets you tagged for special treatment in exactly the same way – and on exactly the same basis – as a young black male wearing a hoodie gets tagged for special treatment by the police. Neither need actually have done anything. Merely to fit the profile is sufficient. Yet in the case of the “profiling” done by the insurance mafia, there is no outrage. It is perfectly legal for them to charge the owner of the “fast” car 20 – maybe 50 – percent more than the driver of an ordinary car. 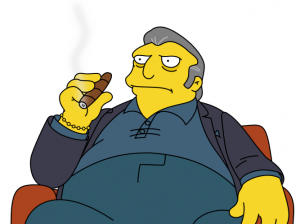 And this is accepted.

You are older. One day, you open a letter from the mafia and find you are paying more for insurance – even though you’ve not caused an accident or had any claims filed against you. Your only offense? You are now in a demographic that’s said to be – statistically, generally – more “accident prone.” How is this any different, fairness-wise, than charging a black or other minority a higher rate of interest than a white would have been charged?

Perhaps your credit is not the greatest. Maybe for the simple (good) reason that you prefer not to use credit at all and instead pay-as-you-go (the credit scoring companies will downrate you on this basis). But you have always paid your debts – and, more to the point, you’re a good driver who has never cost the insurance mafia a cent. Quite the opposite, in fact. You’ve paid them premiums ever year – for years. Yet the insurance mafia charges you significantly more to insure your vehicle than they charge another person with “good credit.” How is this any less arbitrary, any less prejudicial group-guilting than real estate red lining?

Yet the one is massively illegal, the other everyday practice.

Well, it was also once everyday practice to deny service to blacks – to treat every black as a member of a pariah group. It was also perfectly legal. Eventually, it was decided that probably this was not right – and thus, it became illegal to do such things. A similar awakening is needed to confront the group-guilting routinely engaged in by the insurance mafia. People need to become as furious about what the insurance mafia does as a previous generation did about what Strom Thurmond and George Wallace did.

Until that day, young singles – especially young single men – older people, people with “poor credit scores” – and the like, will be consigned to the back of the proverbial bus. Treated differently – and forced to pay more – not because of anything they’ve done as individuals. But on the basis of some statistical assertion that they might do something – because others who fit their general demographic have.

Not All Canadians Are Clovers!