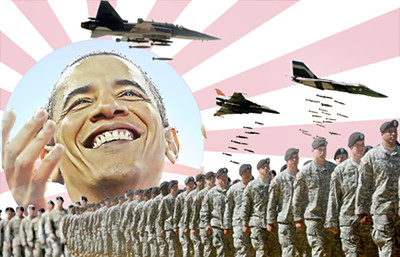 9 percent favor $8 gas… the likely end result of the impending “intervention” in Syria. 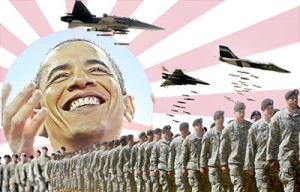 We are told – relentlessly – of the virtues of democracy. Yet we  – that is, the 91 percent who oppose involving this country in yet another foreign war – are about to be dragged along into one nonetheless.

So much for democracy, eh?

Here’s what Dear Leader said in response to a question about (The Chimp’s) warmongering back in ’07:

Q. In what circumstances, if any, would the president have constitutional authority to bomb Iran without seeking a use-of-force authorization from Congress? (Specifically, what about the strategic bombing of suspected nuclear sites — a situation that does not involve stopping an IMMINENT threat?)

Obama: The President does not have power under the Constitution to unilaterally authorize a military attack in a situation that does not involve stopping an actual or imminent threat to the nation.

I wonder how the Obamanauts are dealing with it all. The vicious take-downs of “leakers” – for divulging such state secrets as the helicopter gunship target practice/murder of defenseless Iraqis… the fact that – courtesy of the Black Fuhrer – big brother is watching us. Every one of us. All the time. The use of the eye-r-s to savage political opponents, or just scare the shit out of them so they don’t dare become political opponents. And now, this. Another war.

Yet, silent they are.

Apparently, they object not to the policies, not the actions. Just to the fact that one is blue and another red. Or black – rather than white.

I kind of miss The Chimp these days. At least, with him, you could call him a monkey and not be howled down as a racist.