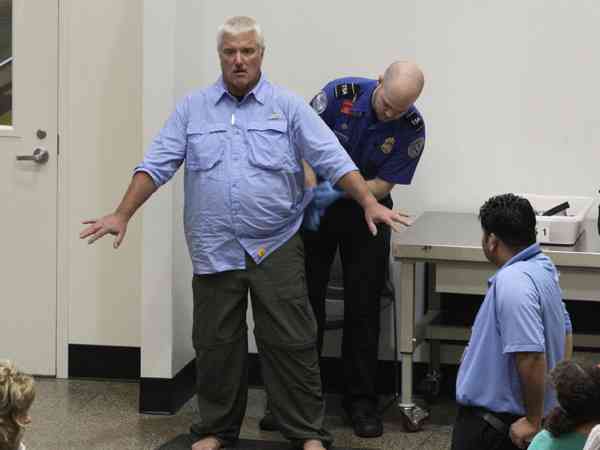 A window into why we’re doomed: 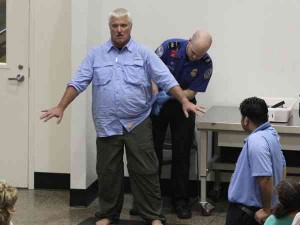 Today, I am flying – the first time I have done so in almost four years. I used to fly regularly, in order to attend the “ride and drive” events hosted by the car companies. But submitting to the degradation that one must endure was enough to cause me to opt out – of flying.

So, why am I breaking my vow?

Chiefly, in order to visit my parents, who live on the other side of the country and whom I have not seen in, well, almost four years – since I opted out of flying. They are getting old and much as my teeth grind and my heart burns at the prospect, I will endure what must be endured in order to see them.

It makes me very sad.

I don’t like submitting to a fondling in the I surrender stance. But doing it gums up their works a little at least. it slows down the process; makes life a bit more difficult – for them. When I think how easy it would be to really throw a monkey wrench in their works – peacefully, according to their rules. . . and yet, almost no one seems willing. They queue up for the radiation-porno scanner and by doing so have routinized that – on top of all the other affronts they’ve already routinized by their  shameful acquiescence.

If they won’t make the effort here – now – in this little, nearly cost-free way – what are the chances they’ll ever take a stand for liberty?

Most normal people mourn the death of a loved one. Most Americans don’t even notice that America has died.

Much less give a tinker’s damn that it has.