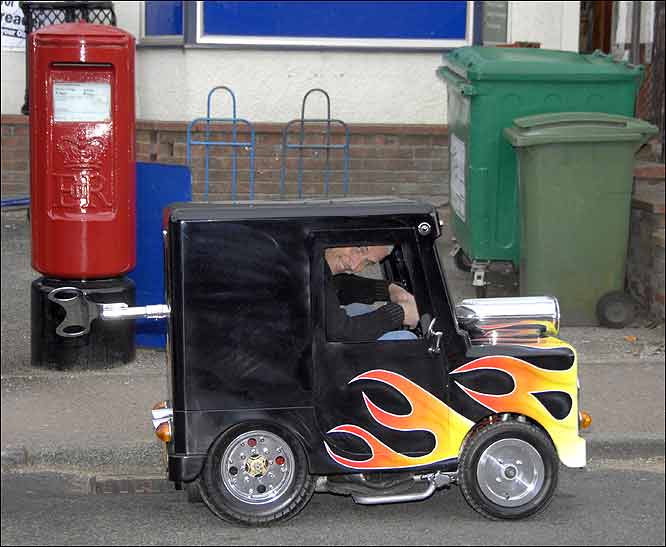 Little cars that don’t costs much to buy – or to drive – are making a comeback. The 2014 Mitsubishi Mirage I just reviewed, for instance (see here). It’s equipped with a tiny but extremely fuel-efficient three-cylinder engine capable of returning mid-40s on the highway – and high 30s around town. That’s almost as good as a diesel (or hybrid). The Mirage only costs about $13k, sticker, too. 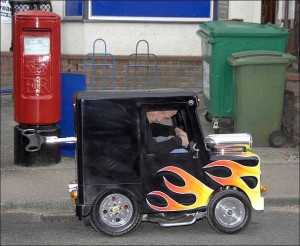 Mitsubishi – like all car manufacturers – must build every car it makes to government spec. That means multiple air bags – seven, in the case of the ’14 Mirage. Some are required directly in that every new car must by law have at least a driver and front seat passenger air bag. Others are required in an indirect way, via government crashworthiness requirements.

For a very small – and very light – car like the Mirage (which weighs just over 1,800 pounds) to be deemed “safe” as government defines it, a plethora of air bags is necessary. Side-impact bags, for both rows – plus a knee air bag for the driver (see technical specs here).

What happens when they deploy? 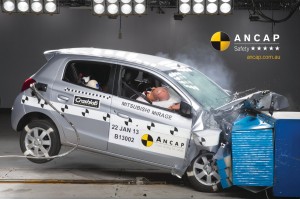 Keep in mind that the Mirage is a car with a sticker price, brand new – around $13,000. Two or three years old, it will have a book value in the $8,000 or so range. Most insurance adjusters will declare a car a total loss – throw it away, forget fixing it – when the repair costs are estimated to exceed 50 percent of the car’s retail value, pre-accident. So, if the car was worth about $8,000 before the accident, it will probably be “totaled” if the estimated repair cost is in the vicinity of $4,000.

It is very easy to spend $4,000 at the body shop – before even factoring in the cost of air bag replacement.

And you’re more likely to face having to replace them.

Because a car like the Mirage is small and light, an impact that might not cause the air bags (or fewer of them) to deploy in a larger, heavier car – in which there is more metal to absorb impact forces – is more likely to trigger an air bag deployment (multiple deployments).

Some will argue that’s a good thing; that air bags “save lives.” That it’s worth the cost. But unless they’re the ones paying the bills, who are they to dictate?

Shouldn’t it be the buyer’s choice?

I’d like to know where the air bags-at-gunpoint people get the idea that it’s ok to spend other people’s money. Whether it’s $1,000 or $100 per air bag, it’s none of their business (and so, no business of the government’s) whether your car has or doesn’t have air  bags.

Or ought not to be.

Now, I’ve been criticized for (allegedly) over-stating the add-on cost of air bags at the manufacturing level. That’s bull, but leave it aside for now. 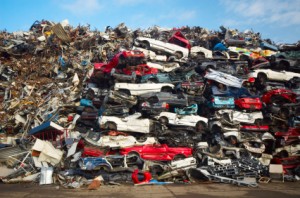 See where this is headed?

If just the driver and front seat passenger bags deploy in a car with a retail value of $8,000 you’d better hope the sheetmetal (and sheet plastic) damage doesn’t amount to more than about $2,000 or so. Because if it does, the odds are good the car – otherwise salvageable and perhaps even still drivable as is – will be declared a total loss. Instead of getting your car repaired, you’ll get a check that won’t replace the car. A check that’s often as close to the lowest “retail value” the insurance mafiosi can dig up. You’ll often have to fight them for weeks – months, sometimes – to get a settlement even approximating fair.

Thanks to the air bags, you’ll be be left holding the bag. 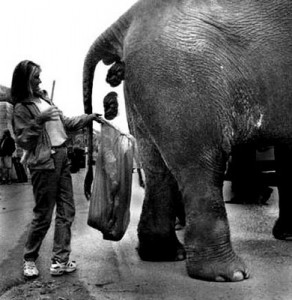 Deliberate or not, the fact is the air bag mandate amounts to a form of planned obsolescence targeting small, low-priced cars. A designed-in way to virtually guarantee they’ll be junked after even a relatively minor and otherwise economically fixable accident. I referenced $8,000 in my example above, but remember that after four or five years from new, a car like the Mirage will probably only be worth about $6,000. At that point, any air bag deployment – even if it’s just the driver’s air bag, nothing more – will likely push the repair estimate over the 50 percent of retail value cut-off and the car will be beer can fodder.

There are probably millions of paid-for older cars out there with book values in the $6,000 or so range – with ticking time bombs in their door panels, dashpads and steering wheels. It’s something to take into account when considering the purchase of a small, apparently inexpensive car.

Government is doing all it can to make owning any car a very expensive proposition – if not up front, then down the line.