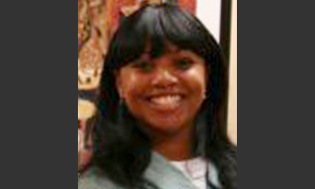 Where are the “Justice for Miriam” marchers? The boycott of Washington, DC? The threat of an investigation by the Attorney General? 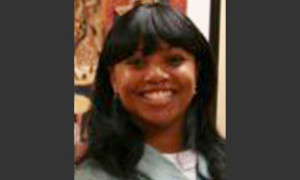 Instead, there is silence.

Miriam Carey – the 34-year-old Connecticut mother gunned to death, Sonny Corleone-style, by a phalanx of DC cops – is already fast-fading from our TeleScreens. She was buried this week – along with any outrage from the Usual Suspects, whose outrage is never directed against the system that systematically brutalizes not just black people but all people routinely, egregiously – and most importantly, with legal impunity.

The thug cops who murdered an unarmed woman simply trying to get away from them will suffer no consequences. They have not even been put on “administrative leave” – the euphemism for paid vacation – until the controversy dies down.

Because there is no controversy.

In fact, they will likely be awarded promotions and medals for their “service” and “heroism.”

Outside of a few redoubts of sanity, most of the public apparently believes Carey got what she deserved. Just like the immolated Branch Davidians at Waco. (At the time, I was an editorial writer at The Washington Times and one of my colleagues there quipped – as we watched the events unfold on live TV – that it was an action worthy of Jurgen Stroop, the SS General who burned the Warsaw Getto down).

She disobeyed authority. These days, that is sufficient to warrant summary execution. It is the full-blossom expression of the law-and-order-ism that was planted back during the Reagan Years, when tearful Ollie North became the first government thug to insist on being praised for being a thug. It’s been a downhill slide ever since. Skepticism of authority, distrust of government – they’re now regarded as suspicious, disloyal. You are either with us, or against us. Just obey rightful authority. They are here to keep us safe.

The kicker is the modern American badge-sucker doesn’t  think it could happen to him. They never do. Which is precisely why it inevitably ends up happening not just to them but to everyone.

There was a time when a cop couldn’t (legally) open up on you if you were merely running away, as Carey attempted to do. And certainly, once cornered, an unarmed suspect wasn’t subject to being used as target practice, as Carey was.

America has become, not the land of the free and the home of the brave, but the land of the fearful – and the home of the cowardly. A strange mixture of craven and brutal – which of course is a consistent character trait of authoritarian societies throughout time. Brutalized people come to enjoy brutality – when it is dispensed against others. Ideally The Other (in psychological terms). The Jew. “Towelheads.”

And of course, Niggers.

It never occurs to these dupes that we’re all niggers now.

The least little thing set off a grotesquely disproportionate response – from arguing with a cop over a traffic ticket to attempting to get away from cops manning “checkpoints.”Immediate submission is not just expected, it is demanded.

And failure to submit invites a lethal response.

That’s awful, but far worse is the North Korea-style public approbation of these excesses. The appalling Steny Hoyer, House Minority Whip from Maryland, got the assembled Congress to give a standing ovation to the “heroes” who shot Miriam Carey full of holes. “Mr. Speaker,” this odious toad intones, “too often we take the folks who are prepared to put their own lives and safety at risk to ..save from harms’ way (sic) not only those who work on in the capitol but those who visit their capitol …and so I know that round of applause was heartfelt and deeply meant.”

The even more odious Eric Cantor – a neo-con Republican with a permanently turgid war boner – added his amen, stating “we really appreciate” the public execution of Carey.

How long will it before any failure to toe the line, any expression of disagreement, will likewise be categorized as “terrorism”? This country is feeding on itself like a rabid raccoon chewing off its own tail.

Some have observed – rightly – that what happened to Miriam Carey is very much like what happened (and continues to happen) to unfortunates in Iraq and Afghanistan, where failing to stop for a “checkpoint” or otherwise failing to heed authority is taken as proof positive that one is a “terrorist” – and we all know what happens to them.

One can almost hear the sound of boots marching on the pavement, the echoes through time of sieg-heiling masses.

It won’t be the same here, of course.

But it won’t be very different, either.

Before Air Travel Turned to Scheisse