You may have heard about Dear Leader pre-empting your cell phone with his “messages.” It’s one of the many reasons why I won’t have a cell phone. But, there’s no escaping Dear Leader – and Dear Leader prospects. 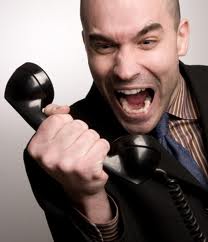 We called the phone company to ask what was up. Were we not paying them to keep our number unpublished? Oh, certainly. But government acquires unlisted numbers, which are somehow linked to voter registration information –  and shits all over the obviously expressed desire of people like us who do not want to be called. Politicians are exempt from the do not call lists. Having an unlisted number will not stop them from annoying you at all hours or clogging your answering machine with endless (one went on for 5 minutes) canned political speechifying.

It appears the only way to avoid Dear Leader is to jerk the got-damned cord from the wall and stomp the phone underfoot.

Which seems like a not bad idea to me.

Setting the Stage for Single Payer