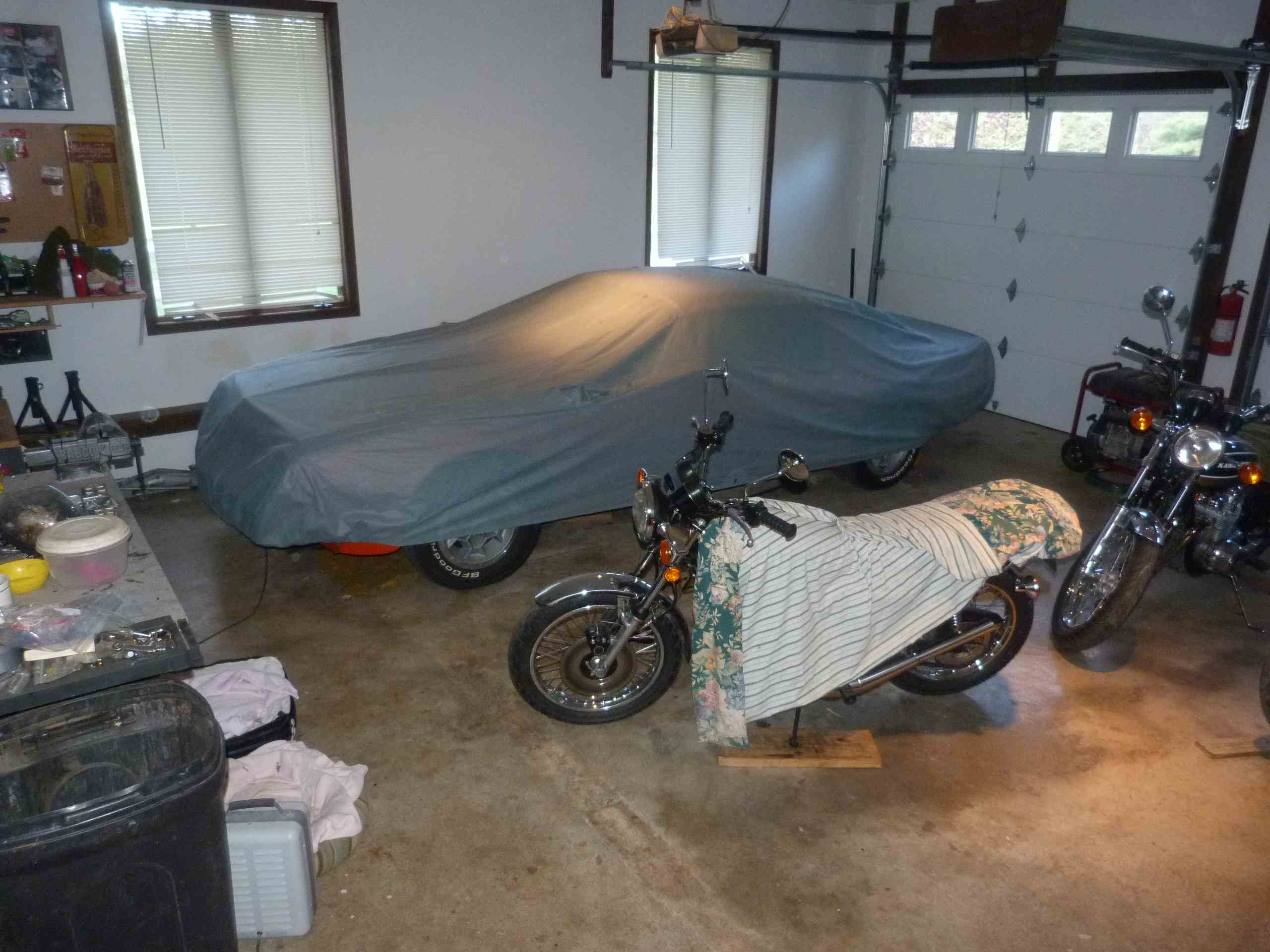 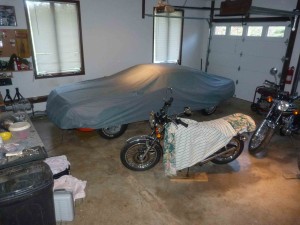 I used to ride (and drive) them often. Did projects – upgrades, improvements. These days I do my best to keep them in operational condition. Basic maintenance. Roll them around the garage once a month to keep from flat-spotting the tires. Start each one and let it run for 15 minutes to keep the carbs from getting gunked up, keep the workings from seizing up.

That’s pretty much it.

Because I find I no longer have two things I once did. Money – and time.

The two are of course yin – and yang.

Having money buys you time. And when you’ve got no money, you no longer have time for things like classic muscle cars and motorcycles. All your time is devoted to figuring out how to earn the money you need in order to have the time for classic cars and motorcycles. This leaves you in a state of perpetual exhaustion and demoralization.

And so, The Stuff just sits.

It’s not just me, either. Everyone I know is exhausted and demoralized. Those who have jobs worry that they won’t have them next week.  We’re working twice as much for two-thirds the money. A perpetual hamster wheel that spins ever-faster without getting us anywhere. This is just as true for the Serious Professions as it is for freaks like me who (once upon a time) made a living via our writing. I know a doctor. He is “successful” in that he has plenty of work. But he also is short on money – and time. Or time – and money. The guy works all the time. And thus, has nil free time. And the money? On paper, he pulls in a lot. But what he ends up with is a shockingly picayune proportion of the total. After paying the fraus (the ladies who handle the insurance paperwork at the desk) and then insurance (liability/malpractice) and taxes and rent on his place… there’s not much left for classic cars or motorcycles, and forget about the time to play with them if he had them.

What happened to the American Dream?

George Carlin – the great comedian – called it a dream because you had to be asleep to believe it. But it wasn’t as bad as all that – and not too long ago.

The country is sliding Soviet slowly.  Stalin physically exterminated the Russian middle class. The American middle class is not being physically exterminated, just incrementally diminished in a gradual process of grinding away that will result, one day, in the same thing – without the mass graves. It’s brilliant because it’s subtle – the slow-boiling frog analogy comes to mind. By the time he realizes the water’s getting uncomfortably warm, he’s already cooked.

Too late for you, guy.

Since – for many of us – earning more just to keep up is proving to be an impossible task, the only remaining option seems to be scaling down. Less stuff equals less need for money equals more time.

I’ve been following this thing called the “tiny house” movement. It’s the fighting retreat of the (former) American middle class. Ditch the big house – and big mortage. The big taxes. And, yes, the big garage. No more space for classic cars and a half-dozen motorcycles. But, breathing space. Time – and perhaps even money. (See here for more about the “tiny house” movement).

Life, after all, is short. And for most of us, the best part is the part we spend riding the hamster wheel, chasing the ever-elusive treat that we never seem able to reach, until one day our legs or our hearts finally give out and we realize it’s too late and we’re too old.

There’s got to be some kind of way out here, said the joker to the thief…

There’s too much confusion, I can’t get no relief….